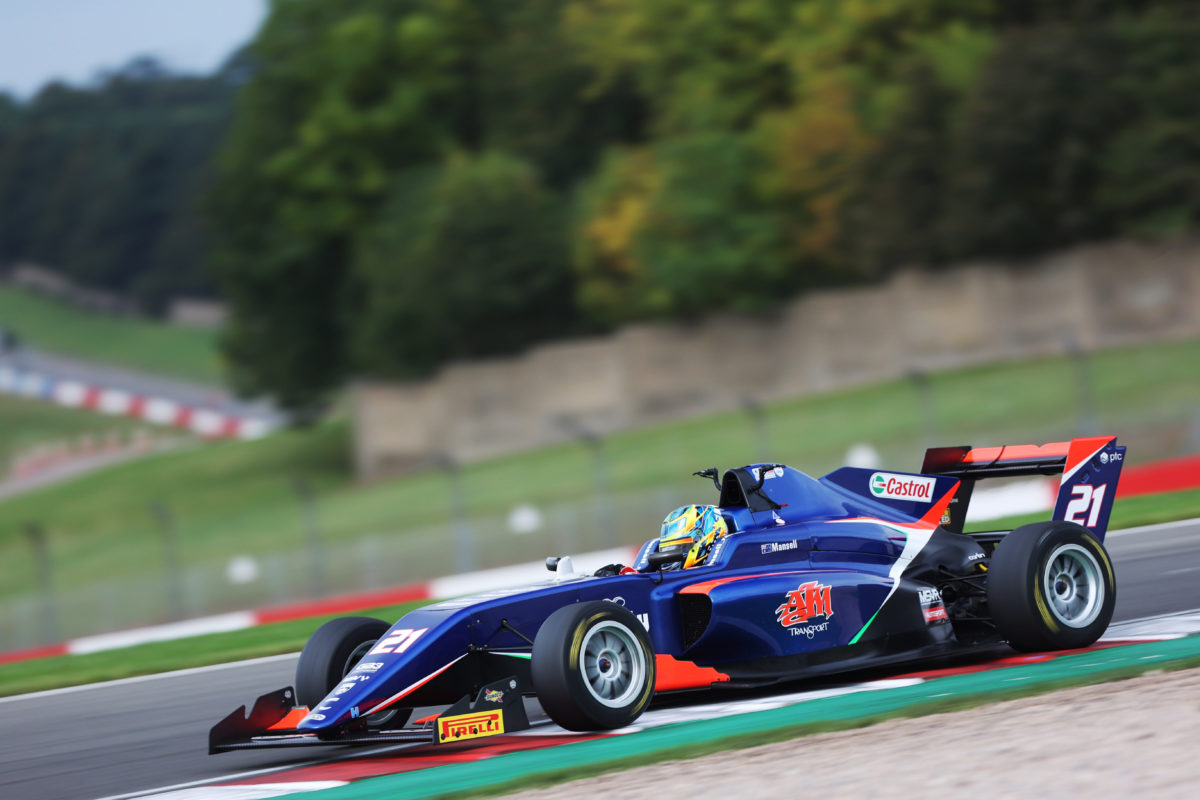 Australian Christian Mansell has ended the season third in the GB3 Championship.

Mansell picked up one podium, a third placing in the second race, at Donington Park as Carlin team-mate Zak O’Sullivan secured the title with two victories.

O’Sullivan held onto the lead despite a poor start from pole in the first race of the weekend, something which proved decisive, while Mansell and compatriot Bart Horsten were soon involved in a multi-car incident.

O’Sullivan passed Hitech GP duo Horsten and Reece Ushijima on his way to victory in the next encounter, when Mansell climbed from sixth on the grid.

Horsten ended up fourth at the chequered flag having qualifying on the front row.

In the final race of the season, a reverse-gridder, Mikkel Grundtvig (Fortec Motorsports) prevailed, Horsten finished 11th, and Mansell ended up 16th after a clash with Javier Sagrera (Elite Motorsport).

Mansell’s efforts not only made for a strong rookie season, but helped Carlin bag the teams’ championship title. 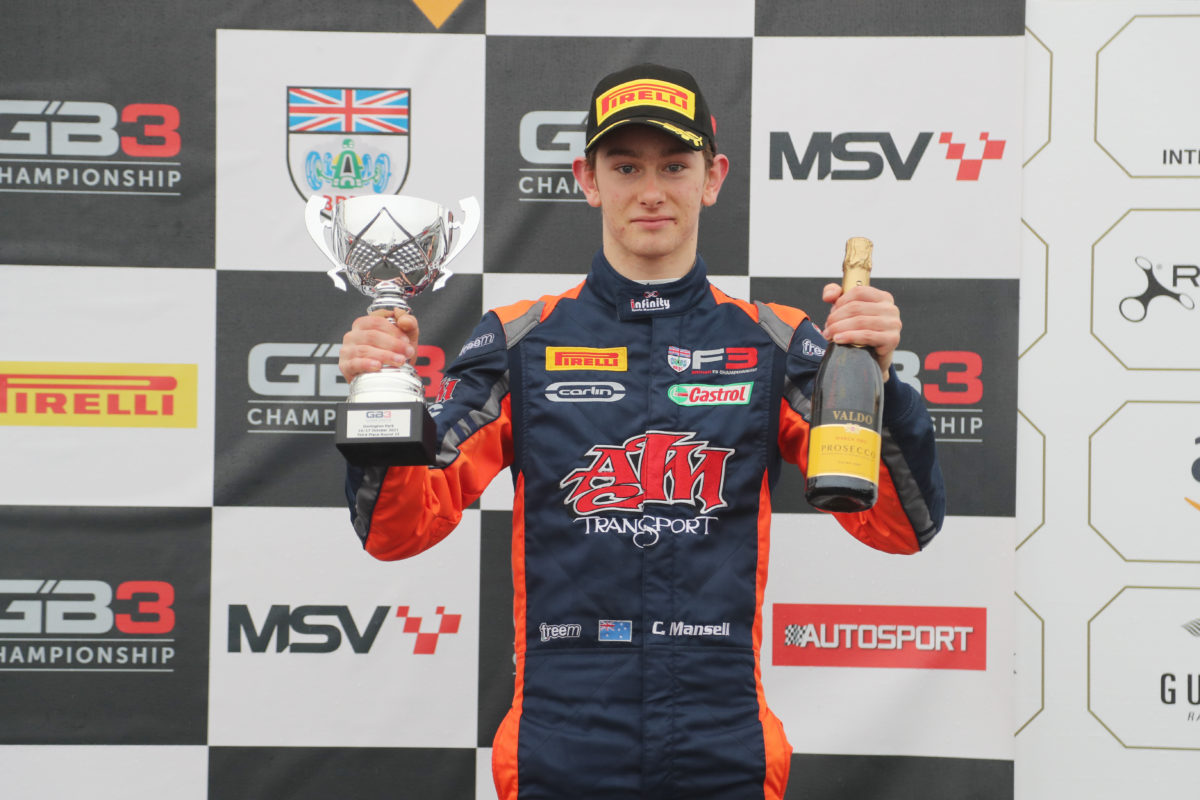 “It’s been such a great year for us,” said the Novocastrian.

“As a rookie, to come in and get two wins, five podiums and finish in the top three is just an awesome achievement for us all.

“I always enjoy racing in the rain, so that second race was a great one for me. I kept pushing and then right at the end we got a good run on Bart and forced a mistake out of him while he was struggling.

“The Carlin team have just been so good to me this year, and I’m really grateful to them for everything they’ve done for me, so I’m pleased to have helped get them the Teams’ title. Thank you to all those that have supported me – sponsors and fans – as it’s made it even better.”

Horsten did reset the lap record in the weekend opener, and would finish sixth in the championship.

“It’s been a mixed weekend as we showed what we could do without really getting the result we knew we were capable of,” said the West Australian.

“I think the lap record showed that and our qualifying pace too.

“The potential was maybe two wins in the first two races, and we could have done that from pole if the red flags hadn’t intervened.

“Contact at Turn 1 caused a puncture in race one which was not ideal, and then in race two we went in a bit too hard I think on the tyres, which meant Christian could basically drive past me.

“Race three was very interesting. I’m happy I finished without damage and a good position from where we started. I took my chances, and collected good points.

“We’ve definitely shown our pace this season, even if the win eluded us. We’ve got a lot to be proud of, so thank you to all of my sponsors and the Hitech GP team for their support this year.”

There were four Australians in the field, with Tommy Smith (Douglas Motorsport) going DNF, 16th, and 18th; and Flynn Jackes (Hillspeed) 17th, 19th, and 17th. 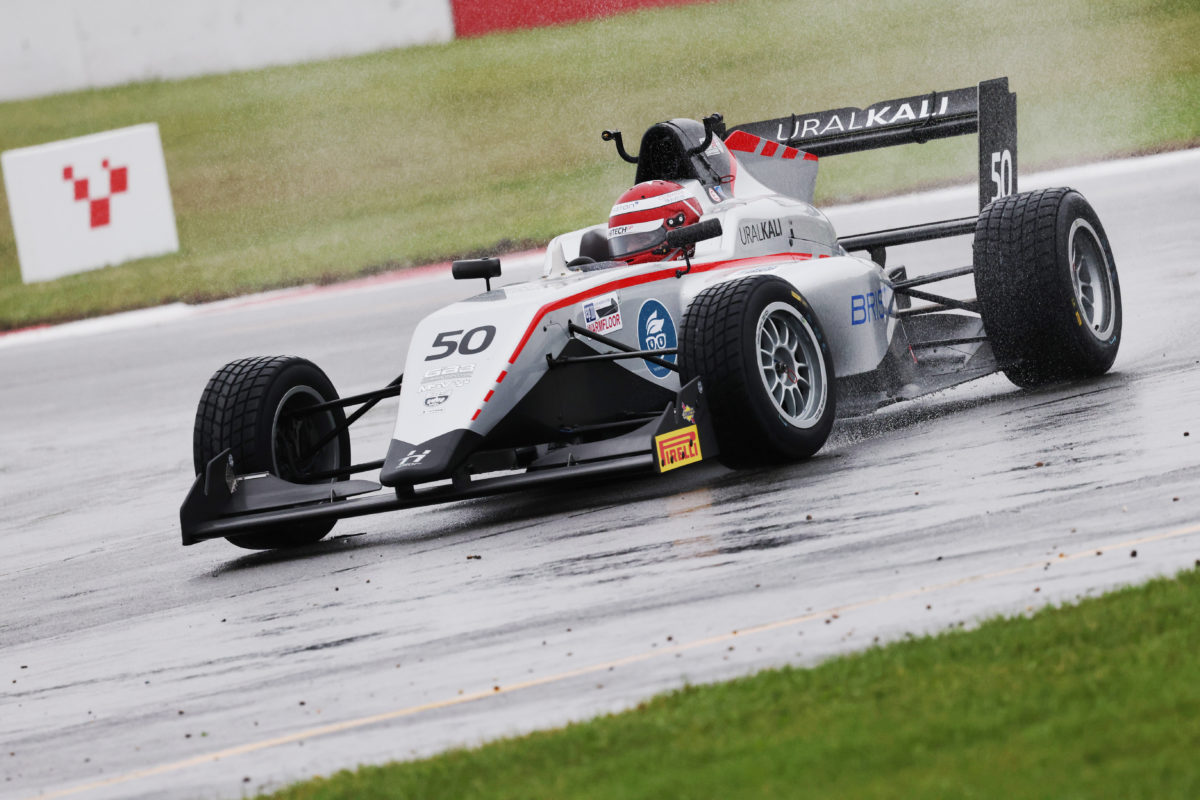