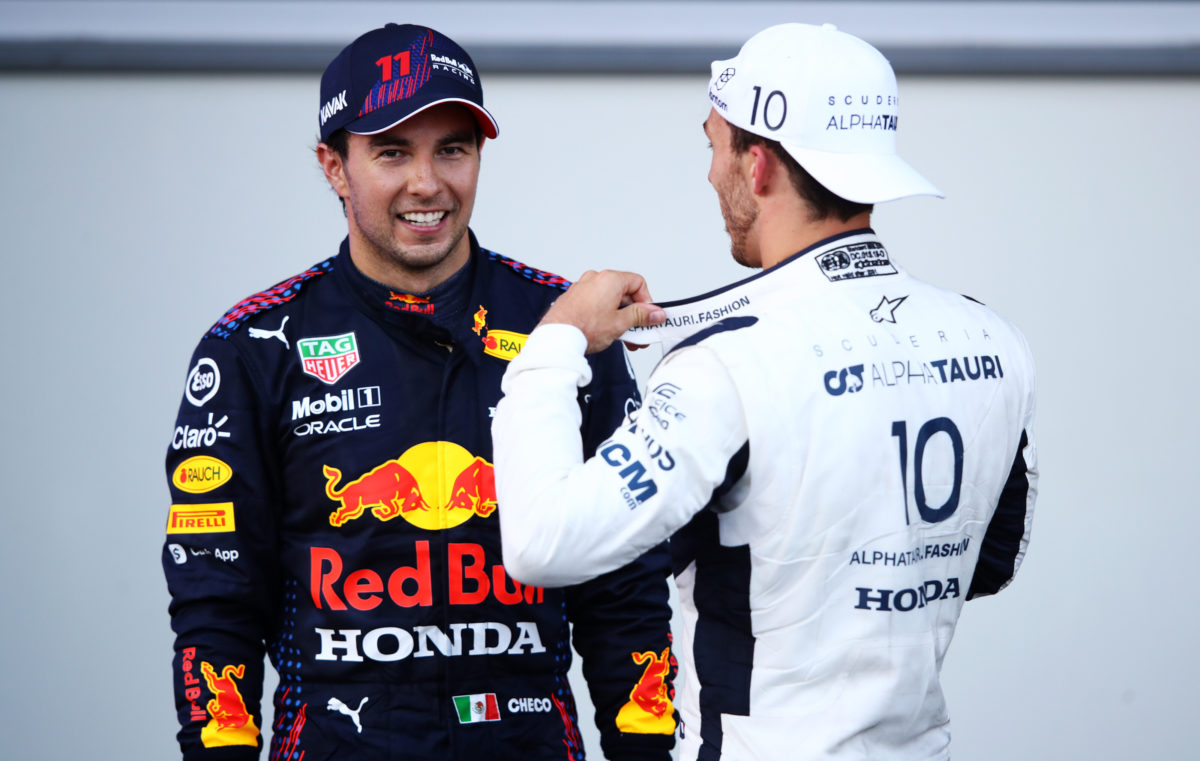 Pierre Gasly does not blame Sergio Perez after Red Bull opted to re-sign the Mexican for the 2022 Formula 1 season.

Gasly raced alongside Max Verstappen at Red Bull in 2019 before being relegated to Toro Rosso (now AlphaTauri) midway through the campaign in favour of Alex Albon.

Improved performances since have seen the Frenchman claim a maiden race win, and he has been one of this season’s most consistent performers.

“To put everything back into the right space, I think nothing was related to Sergio. It’s more on my case and the relationship that I have with Red Bull, in my personal contract and for my future,” Gasly explained when asked about his feelings in being overlooked for the Red Bull seat in 2022.

In the opening 16 races of the 2021 season, Gasly has appeared in Qualifying 3 on 13 occasions.

He stood on the podium when he finished third in Azerbaijan, a race won by Perez, and he sits a solid ninth in the drivers’ championship with 74 points.

By contrast, his rookie team-mate Yuki Tsunoda has just 18 points in that time.

Further underscoring his efforts are the fact Gasly’s individual score is higher than what Sebastian Vettel and Lance Stroll have managed combined for Aston Martin.

“I think I performed at a very good level in Toro Rosso, better than I did in 2018 when I was given the opportunity [at Red Bull], and I’m performing at a better level [again], more experienced,” he said.

“I felt that based on this year, I could have deserved a better chance.

“But then that’s the decision, it doesn’t stop my motivation.”

Gasly’s own Formula 1 debut came in the latter stages of the 2017 campaign, replacing Daniil Kvyat at Toro Rosso in five of the last six races of the year.

He was then retained for 2018 when he partnered Brendon Hartley, comprehensively out-performing the Kiwi during their year together to earn his promotion to the senior team.

“I’ve been in Sergio’s position,” Gasly said of his current plight.

“As a career perspective, my goal is to be in Red Bull, and there is no surprise for that.

“I want to be in a car which allow me to fight for wins and podiums, and that will always be the target because that’s what I’m working for every morning; working on myself, trying to be a better driver to win races, and that’s the goal.

“So now they made the decision and I’m happy for them, and they’re having a very successful season,” he added of Red Bull’s decision to continue with Perez for 2022.

“[I’ll] Keep pushing and try to get my chance in the future, because that’s what I want. I want to fight for a world championship.”

The Formula 1 season continues this weekend with the United States Grand Prix, opening practice for which gets underway at 03:30 AEDT on Saturday.