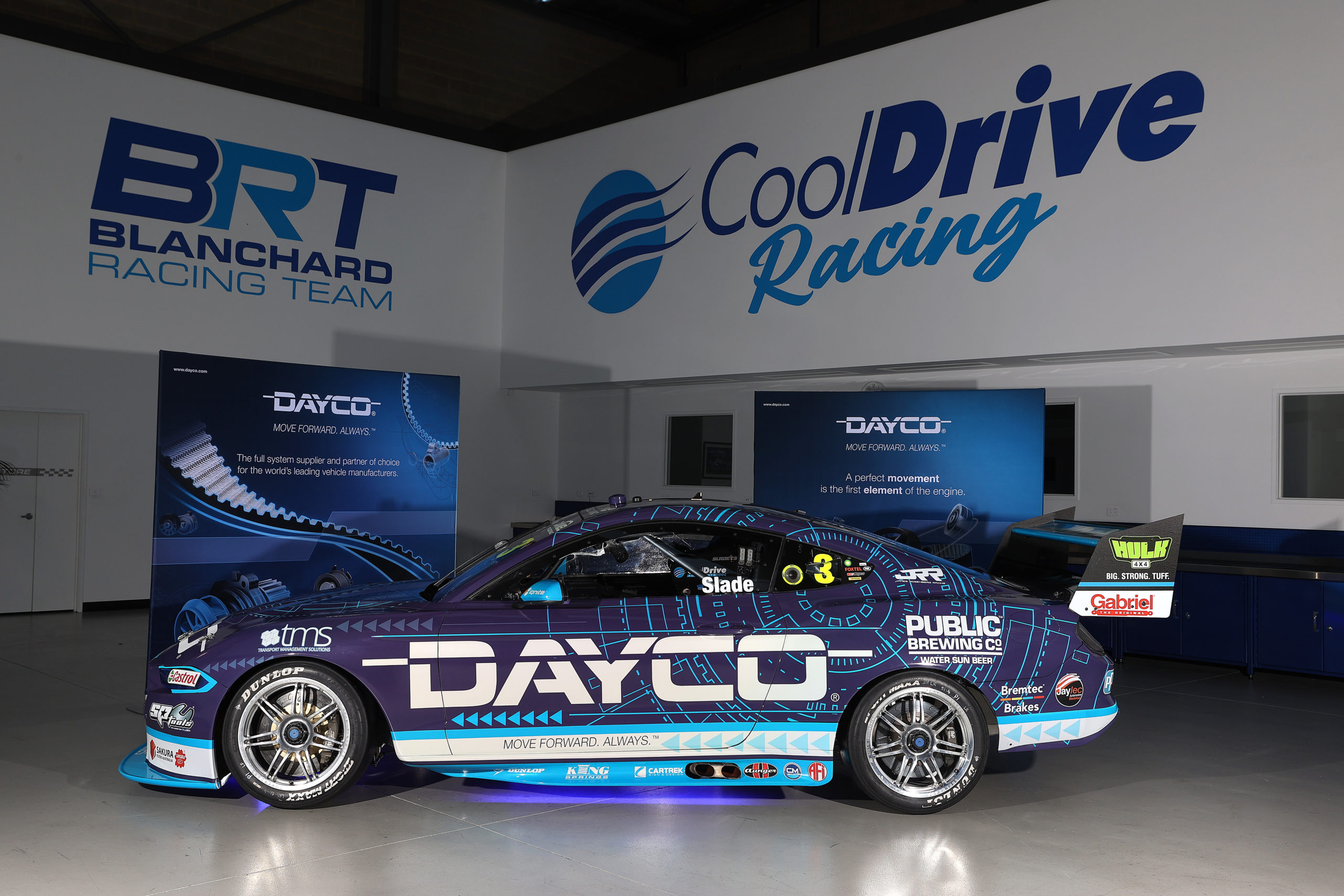 Tim Slade will sport a special one-off livery when the Repco Supercars Championship returns under lights at Sydney Motorsport Park later this month.

“We are certainly going to stand out in Sydney – particularly under lights, as this reflective livery design is fantastic,” said Slade.

“It is great to have Dayco step up as we finally return to racing, bringing on a new and exciting look for our CoolDrive Mustang.

“It has been a long wait for the fans and I am looking forward to ending the 2021 season as strongly as we can.” 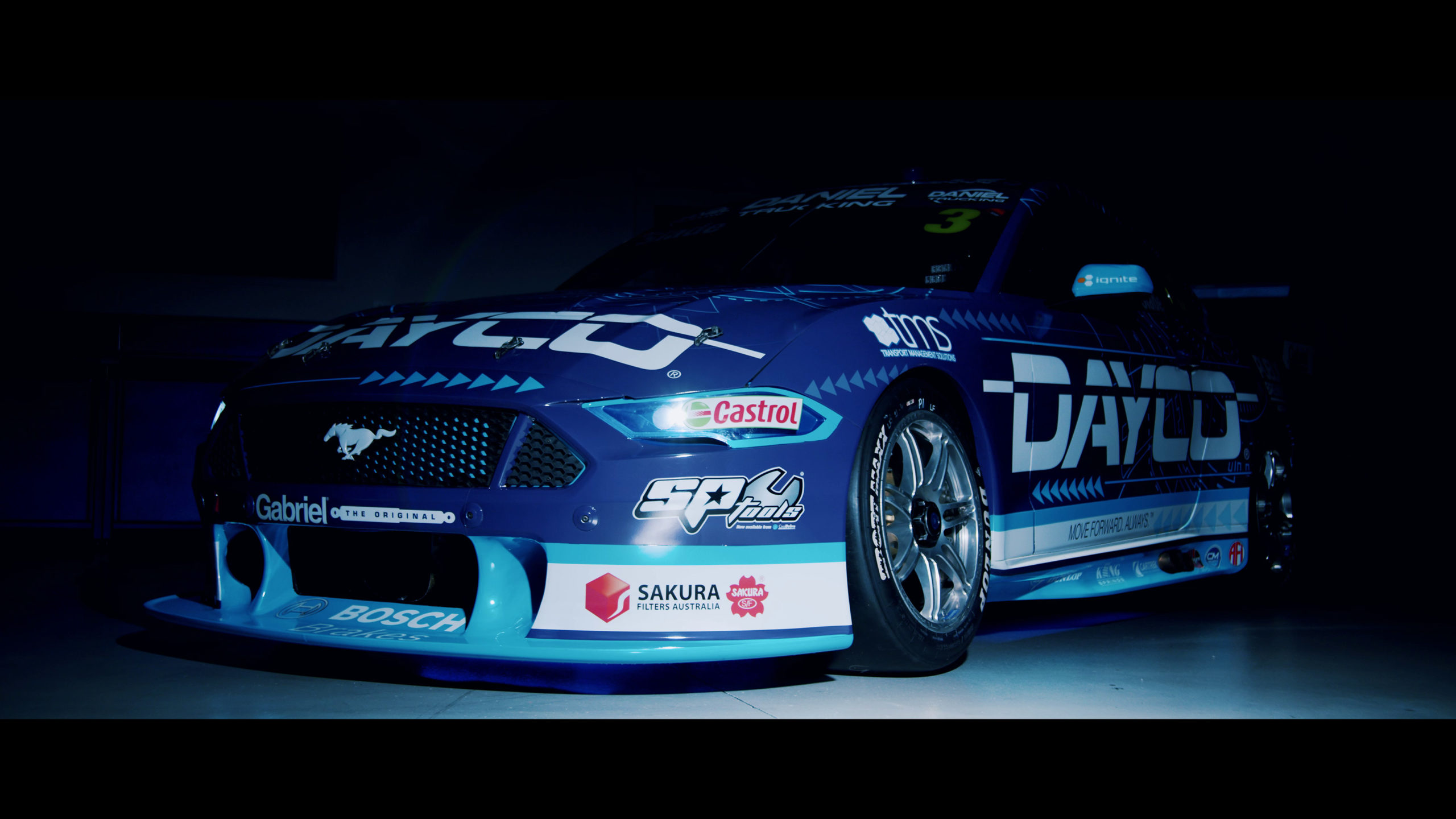 Dayco will take naming rights on the #3 for one event

To make the most of the night running in Sydney, the team will run a newly developed highly reflective material developed by Cartrek Sign & Design that follows the contours of the Ford Mustang.

Team co-owner Tim Blanchard said he’s eager to get the season back underway.

The return to racing later this month will be the first of four consecutive events at Sydney Motosport Park across October 29-31, November 6-7, November 13-14, and November 19-21.

“I’m really looking forward to getting back racing after an extended break,” he said.

“It’s going to be rapid-fire to the end of the season. We’ve had a long time to think about it and prepare, but once we get going it’s going to be all hands on deck and flat out.

“Part of the excitement of going racing again is extending the partnership with Dayco coming onboard for the first weekend in Sydney.

“They’ve been onboard all year but I’m really looking forward to them taking the main naming rights place on the car for our first weekend in Sydney.” 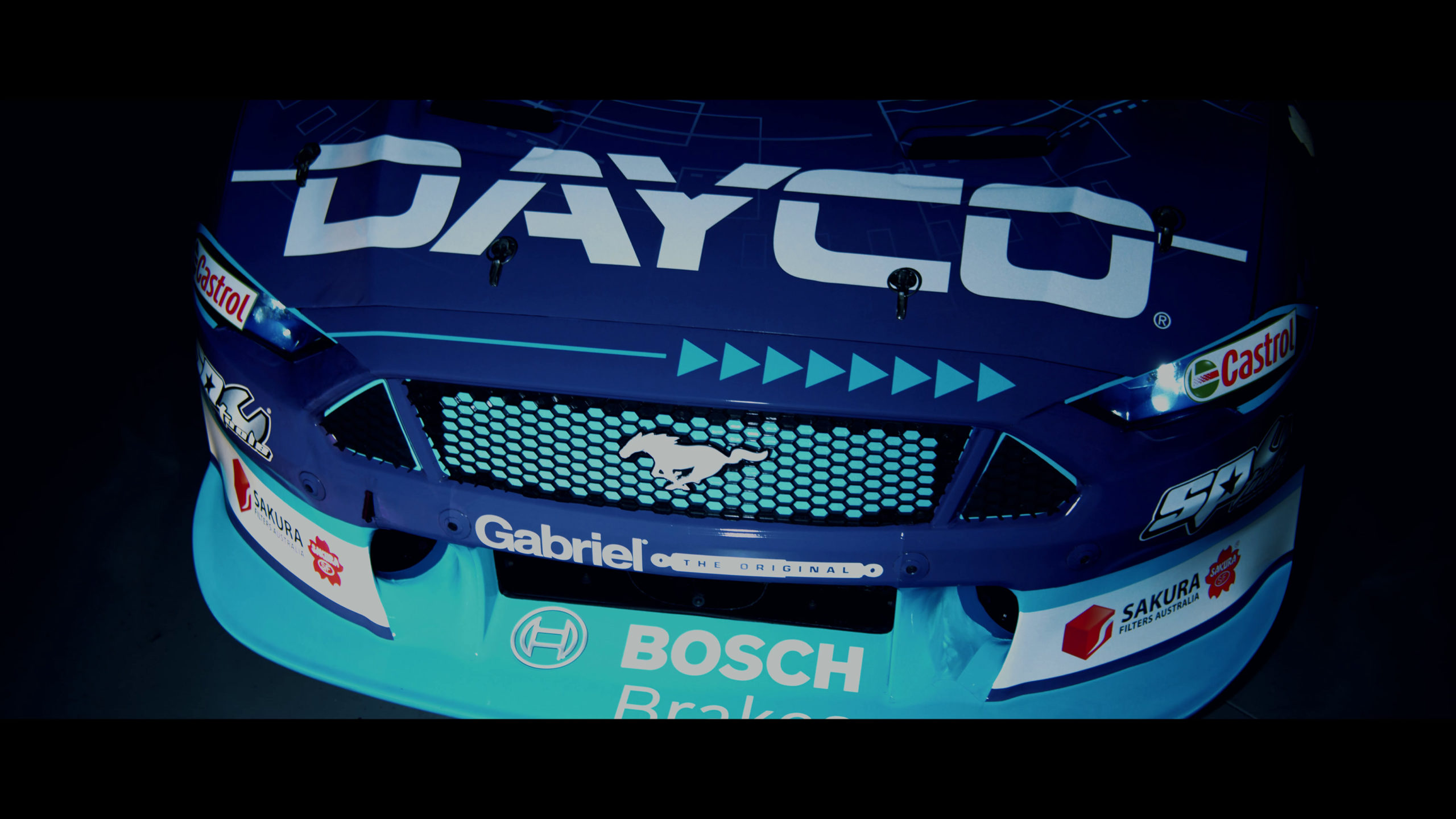 Team manager Brendan Hogan added,” “It’s great to have Dayco onboard for the first Sydney night race. They’ve been a long-time supporter of CoolDrive, so it’s great to get them on the car as a full livery.”

“Heading back to Sydney Motorsport Park is obviously a great thing for us. I’ve been hanging out to get to a race track for a few months now, so it’s great to be able to restart the season with a night event and it should be really good for all of our supporters and fans.”

Slade sits 17th in the drivers’ championship with five events remaining in 2021.