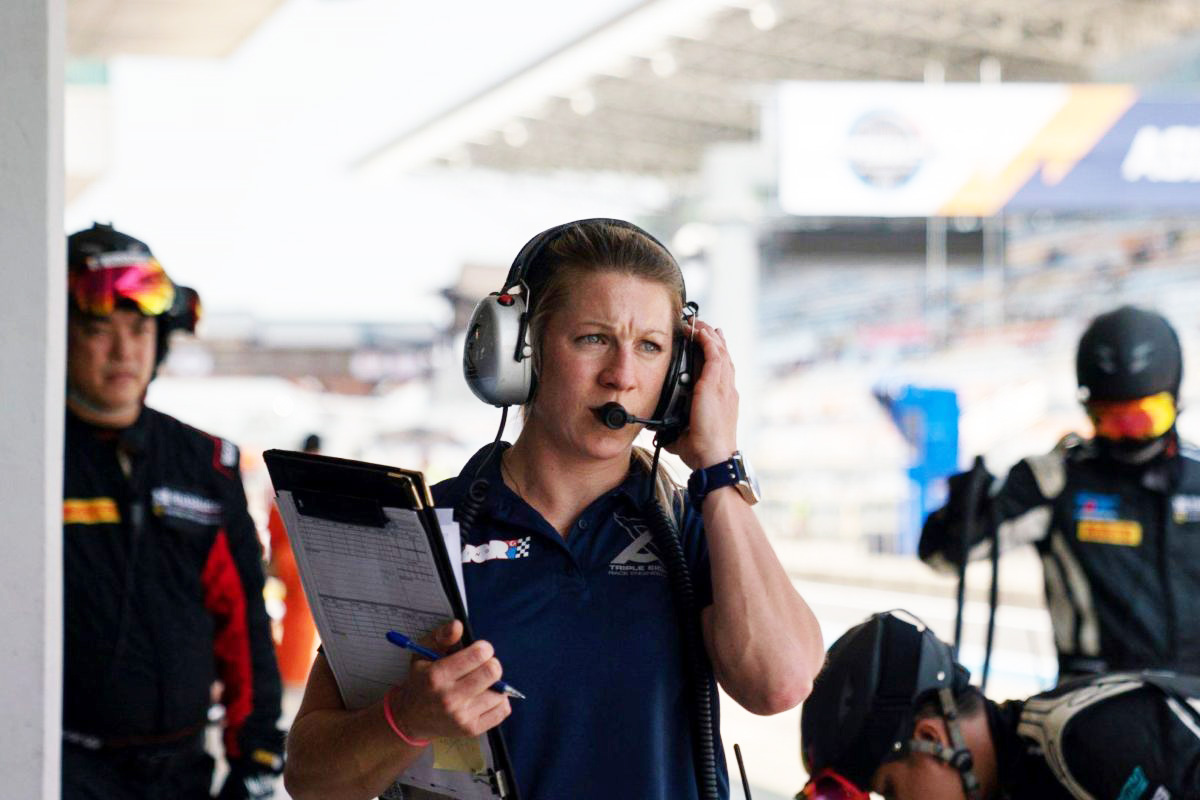 The trailblazing career of Triple Eight Race Engineering whiz Romy Mayer was not always destined to be.

Born and raised near the German city of Stuttgart famous for its automotive industry, including being the home of Porsche, cars were quickly on her radar.

Motorsport? Not so much.

“It’s actually not that I’m from a motorsport family, beside most Germans watching Michael Schumacher in Formula 1 on Sunday afternoons,” Mayer recalled to Speedcafe.com.

“But yeah, my family had not been actively involved in any motorsport.”

It was only by virtue of a competition as part of her automotive engineering studies at university that she acquired a taste for motorsport.

“This only came through my time at uni when I joined a Formula SAE team, which is a design competition between uni teams,” she said.

“So we were building a small Formula 1 car and then go into events where they compete the car handling, speed, and also how is the car designed, does it meet all the rules, and how do you pitch your strategy with how you built that car.

“That was the first time that I really got into motorsport, and that kind of competing with technology and trying to be better.”

Soon enough, she was passionately following the sport and lapping up the data element with live timing screens and whatnot to supplement the broadcast.

Mayer eventually wound up working for German outfit HWA for the best part of five years, working across DTM, GT3 and development programmes.

The gamechanger came in 2015 when she spotted an opportunity at Brisbane-based Triple Eight, which was expanding to three Supercars Championship cars for the following season.

A matter of months later, she’d got the job and made the move Down Under.

She’d first crossed paths with Supercars during her HWA tenure.

“HWA actually worked with Erebus to develop their Mercedes, so that was actually the first time really that I looked a little bit into it, and I did like a lot the way the whole series is set up,” said Mayer.

It didn’t take her long to settle in: “Here it’s more like a family whereas there [in Germany] it was more like an organisation.

“Even though we didn’t win the championship that year, that was when [Mark] Winterbottom won, I still felt the spirit was pretty impressive, like how everyone worked together as a team moving forward, I really enjoyed it straightaway.”

She’s since filled the role of performance engineer, as well as working as race engineer for Kurt Kostecki in the 2019 Super2 Series and on the team’s GT World Challenge Asia entry.

Last December, she gave birth to a baby boy, and has been balancing life as a mother and engineer ever since.

“There has actually never been anyone pregnant working for Triple Eight, so no one knew how long to take off,” laughed Mayer, who is passionate about supporting opportunities for girls and women in motorsport.

Six years into her time at Triple Eight, Mayer has no plans to go elsewhere – but rather dreams of one day being a Supercars Championship race engineer.

“I’m pretty settled now in Australia and I enjoy the life here, and there’s still so much where I can develop at Triple Eight,” she said.

“Obviously there is the goal being the race engineer of one of the main series.

“And in between I had a baby, so that came along as well, so there’s a lot of challenges for me here, so I don’t see me myself moving overseas at the moment or even in the future.

“I think I’m pretty happy in Australia and there are still lots of opportunities, so I don’t see the reason why I should go somewhere else.”