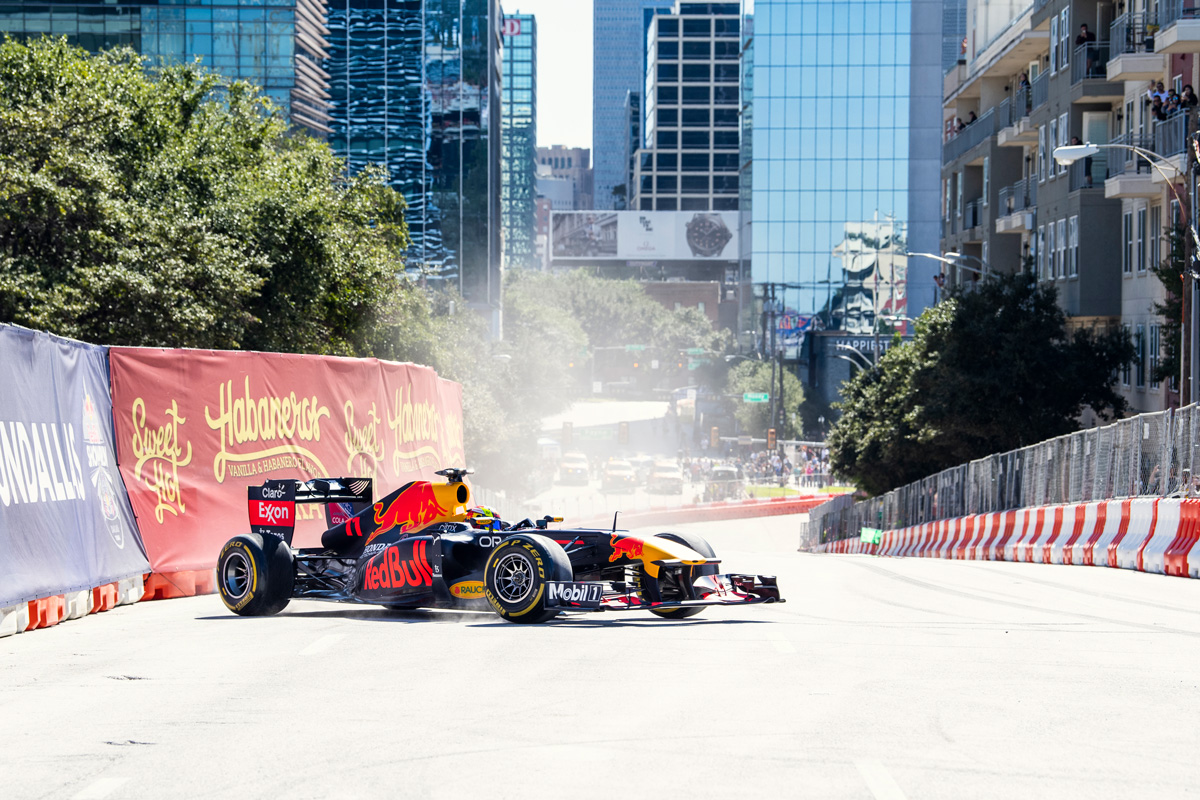 Perez aboard the RB7 in Dallas

Sergio Perez has lit up the streets of Dallas, Texas ahead of the Formula 1 United States Grand Prix next weekend.

The Mexican veteran was given the chance to take Red Bull’s RB7 – the model which won the 2011 world championship via Sebastian Vettel – for a spin around the downtown streets of Dallas’ Harwood District.

“Today was very special, I really enjoyed it,” Perez said.

“It was the first-time doing donuts in the Red Bull car which was a lot of fun and it was definitely a day that none of us will forget soon.

“I always love visiting the US, I could feel the energy from the crowd and it was amazing to see the smiles on people’s faces.

“Thank you to all of the fans for the support today, it’s made me even more excited to race next weekend in Austin, hopefully we can make it another double podium.”

The USGP will be held at the Circuit of The Americas in the Texas state capital of Austin across October 22-24.

There, Red Bull will revert to its traditional hues, having made a one-off switch to a Japanese-inspired white livery at the most recent round in Turkey as a tribute to its outgoing engine partner Honda.