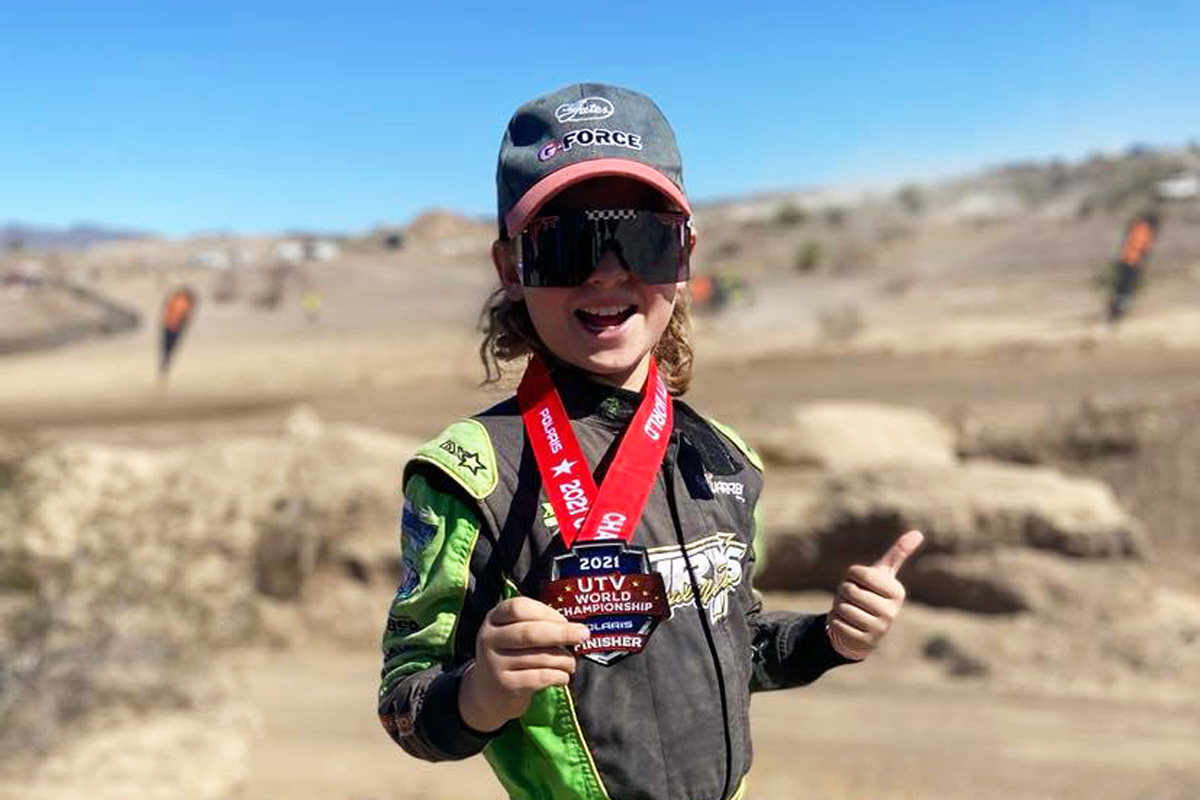 One of Australia’s youngest international competitors, Dexter Warren, has finished second in the UTV World Championship at Lake Havasu, Arizona in the United States.

Warren, just eight years of age, was entered in the Production Polaris RZR170 class against 25 other starters from across North America.

The field started five wide in 30-second intervals and Warren started on the fifth row.

By Turn 1 he was leading his group and then started to settle into a groove and slowly peg back the remainder of the field.

Warren was given strict instructions by his team to be patient for the opening 10 minutes and then to start pushing hard on the straights and pick off the slower cars one by one.

After 10 minutes he had moved up to sixth outright and soon after he was sitting comfortably in third.

“I got on the radio with five minutes to go and asked Dad if I could ‘send it’,” said Warren.

“He gave me the thumbs up as I passed the pits and I went as hard as I could over the last three laps.

“I could not get to first, but to be second in the world’s biggest event is pretty cool.”

Warren, from Two Wells in South Australia, first competed in the US as a six-year-old and returned last year to compete in several events including the BFGoodrich Mint 400 in Las Vegas.

Still under age for regular competition in Australia, Warren and his family returned to the US in February and he has been racing every week across the country.