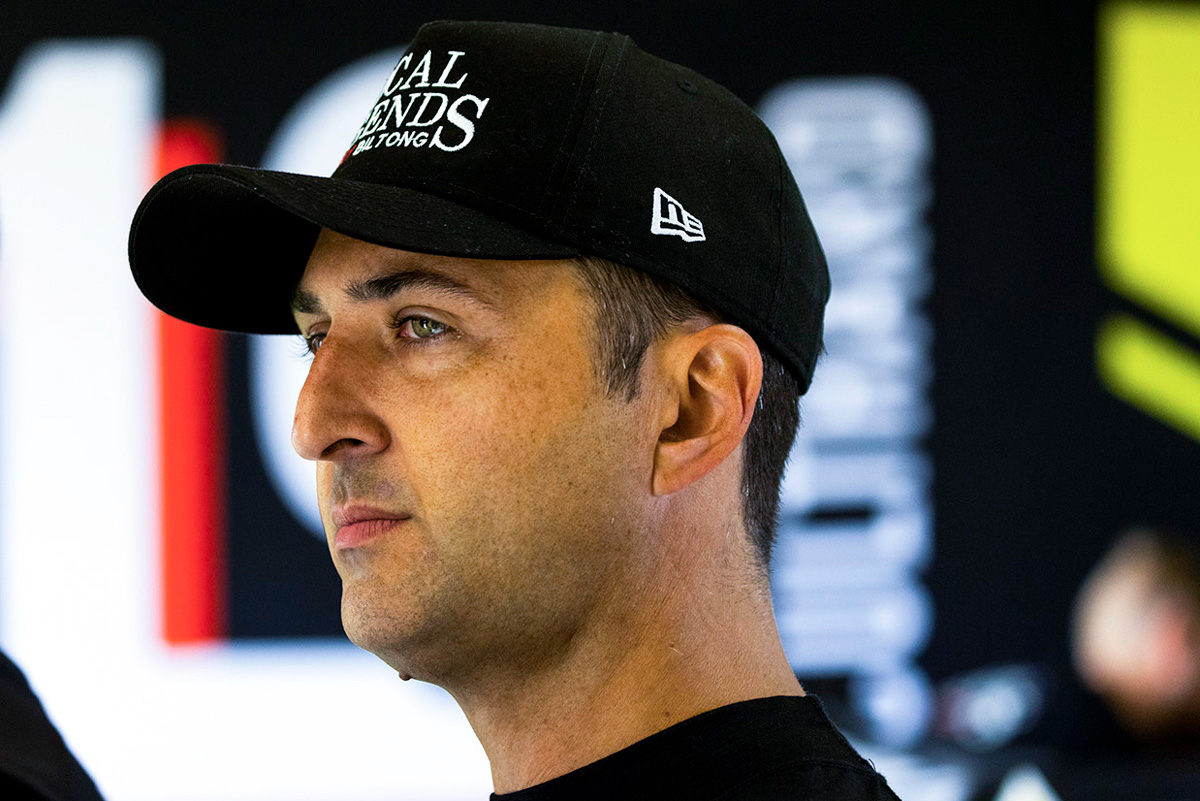 Fabian Coulthard has admitted his decision to sign with DJR Team Penske for the 2016 Supercars Championship season soured his relationship with long-time boss Brad Jones.

Speaking at length on various topics on the Rusty’s Garage podcast, Coulthard credited Jones and the entire Brad Jones Racing organisation for making his career.

After an up-and-down start to his time in the main game, the 2005 Carrera Cup Australia champion made a name for himself in his four seasons (2012-15) at BJR.

He was subsequently signed by emerging powerhouse DJR Team Penske, where he’d spend the next five years of his career.

“It was [difficult to leave BJR], but it’s all about opportunity and you don’t get that opportunity every day,” Coulthard reflected.

“It was hard for Brad. I think Brad thought that this was a deal that was done a long time before I actually told Brad but I swear to this day that it wasn’t.

“It’s taken a while for both Brad and I to get back onto good terms but I feel like now a lot of water has passed under the bridge since then and we’re back at a point where our relationship is probably as good as what it was when I was driving for Brad.”

Coulthard spoke highly of his BJR tenure and the mentorship offered by Jones.

“He sculpted me into the person that I was in that time at Brad Jones,” said the 39-year-old.

“At times I would fly off the handle because I knew I could be better and I wasn’t able to… I just couldn’t be where I wanted to be at that point, and Brad was that person that was like ‘it will happen, just don’t put too much pressure on yourself’.

“That’s something I will never forget.”

Coulthard revealed that motorsport icon Roger Penske had told him he’d caught their attention with a stunning drive from 24th to third at the 2015 Perth SuperSprint.

Although often in the shadow of three-time champion team-mate Scott McLaughlin, Coulthard expressed extreme pride at his achievements with the Ford outfit.

“I feel like I’ve played my part, done my bit, to build that team and to create it with Scott to what it is today,” he said.

He also spoke of how he came to land at Team Sydney for the 2021 season, after Penske’s withdrawal from the championship late last year.

“Me and Jono [Webb, Team Sydney owner] have been friends for years, we used to race Carrera Cup together and we’d remained in contact,” Coulthard explained.

“We caught up in lockdown over a beer and a pizza in Casuarina or wherever it was down the line at the top of New South Wales and came to an agreement, let’s do it, and here we are.”

Coulthard is under contract at Team Sydney until the end of 2022.