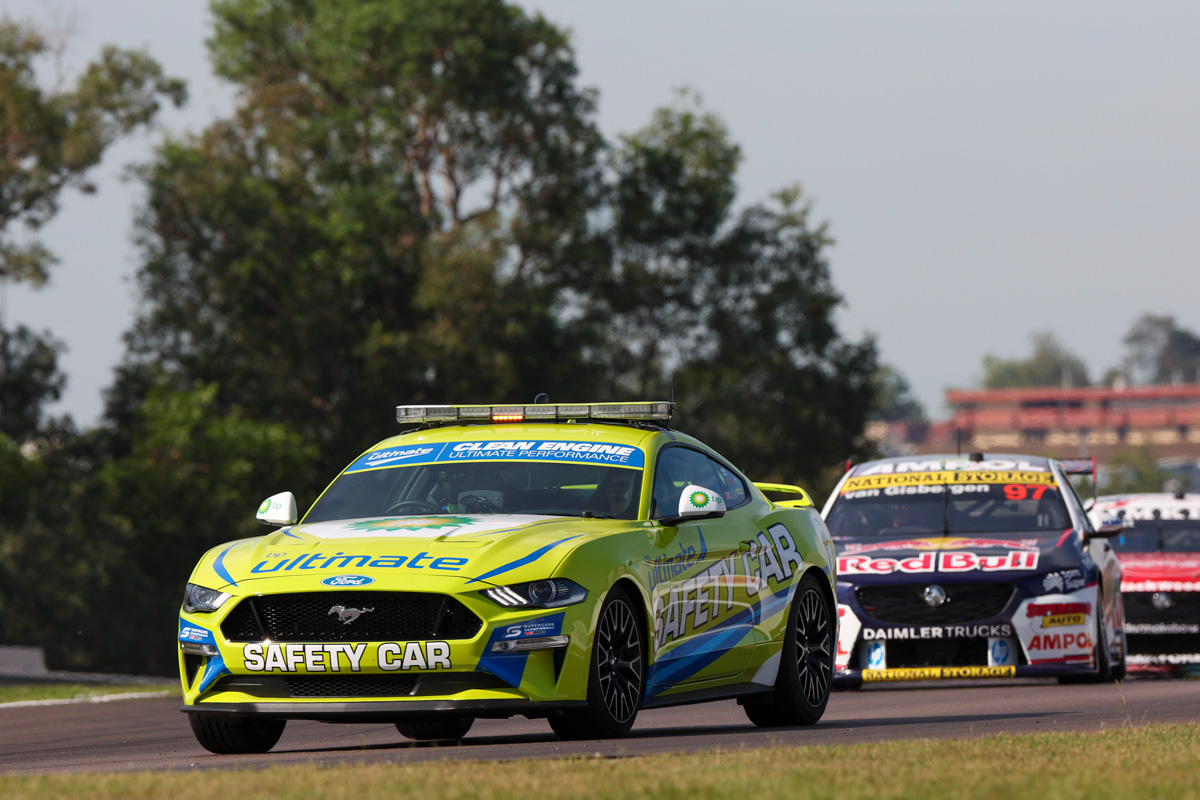 I’ve got something to get off my chest.

It’s nearly three months to the day since the most recent Repco Supercars Championship race, and there’s something that still doesn’t sit right with me.

Race 19 at Townsville saw one of the best drives in recent memory as Cameron Waters did what next to no one has been able to do in season 2021: get the better of Shane van Gisbergen in one-on-one combat.

His defensive driving was simply superb, and what a win it was.

But something unfolded earlier in the race which pretty well totally slipped under the radar, and it’s time for Supercars and Motorsport Australia to make a change.

Macauley Jones hit the Turn 10 wall while chasing Tim Slade on Lap 18 of 39 and was subsequently forced to park his #96 Coca-Cola Commodore in the run-off area at Turn 11.

The Safety Car was promptly deployed.

Contrary to what I would consider the logical reaction to slow – as is seen any time the Safety Car comes out in a Formula 1 grand prix – a new race began: that being the race to the pits.

Now, this is common practice in Supercars and allowable by rules, so by no means did any team or driver commit any wrongdoing.

In fact, Waters and Tickford Racing savvily played the situation just right to stay out an extra lap and crucially overcut van Gisbergen.

But sector times show, whether it was a driver like van Gisbergen who stopped immediately, or one like Waters who stayed out, that during yellow flag conditions sector times were at 100 percent pace with track position on the line.

Even the television commentators innocently made light of such a situation, perhaps further highlighting that it’s a culture that needs changing more so than any one person doing wrong.

(Having said that, all this in a culture where pre-event track walks strictly require the use of hi-vis vests).

It did make for intrigue at the time and set up a grandstand finish, but the question has to be asked: why are we facilitating flat-out racing during a supposed Safety Car period?

Shouldn’t safety be the absolute top priority while a car and driver are perilously stricken in close proximity to the racing line?

Opinions have been divided on such questions when Speedcafe.com has asked around.

Some in the paddock believe there is no issue with the current procedure, and any such change would take away from the greater spectacle – and that’s fine too, not everyone is going to see it how I do.

Supercars itself issued the following statement to Speedcafe.com when prompted: “Supercars, in conjunction with Motorsport Australia, conducts a full debrief after every event.

“The review of the Safety Car deployment at Townsville concluded in this instance that both Motorsport Australia and Supercars were comfortable with the action taken by the drivers while under Safety Car conditions.”

Other influential figures feel a better method has to be pursued – be it ‘Code 60’ or similar where cars are slowed to a certain speed (akin to a pit lane limiter), or a virtual Safety Car type of system where drivers cannot exceed predefined sector times when applicable.

There’s pros and cons to every solution, though F1 does have a model in place whereby cars immediately slow, and are bunched in time for the restart to maximise action once green flags are waved again.

F1 has also seen what can go wrong.

In the rain-affected 2014 Japanese Grand Prix, Jules Bianchi struck a crane that had been attending to the crashed Sauber of Adrian Sutil.

It was that incident which triggered F1 to introduce its Virtual Safety Car regulations for the 2015 season.

Safety technology has come so far in modern motorsport, but that still can’t be taken for granted.

Is it really going to take a similar kind of tragedy for Supercars to tighten up its safety procedures?