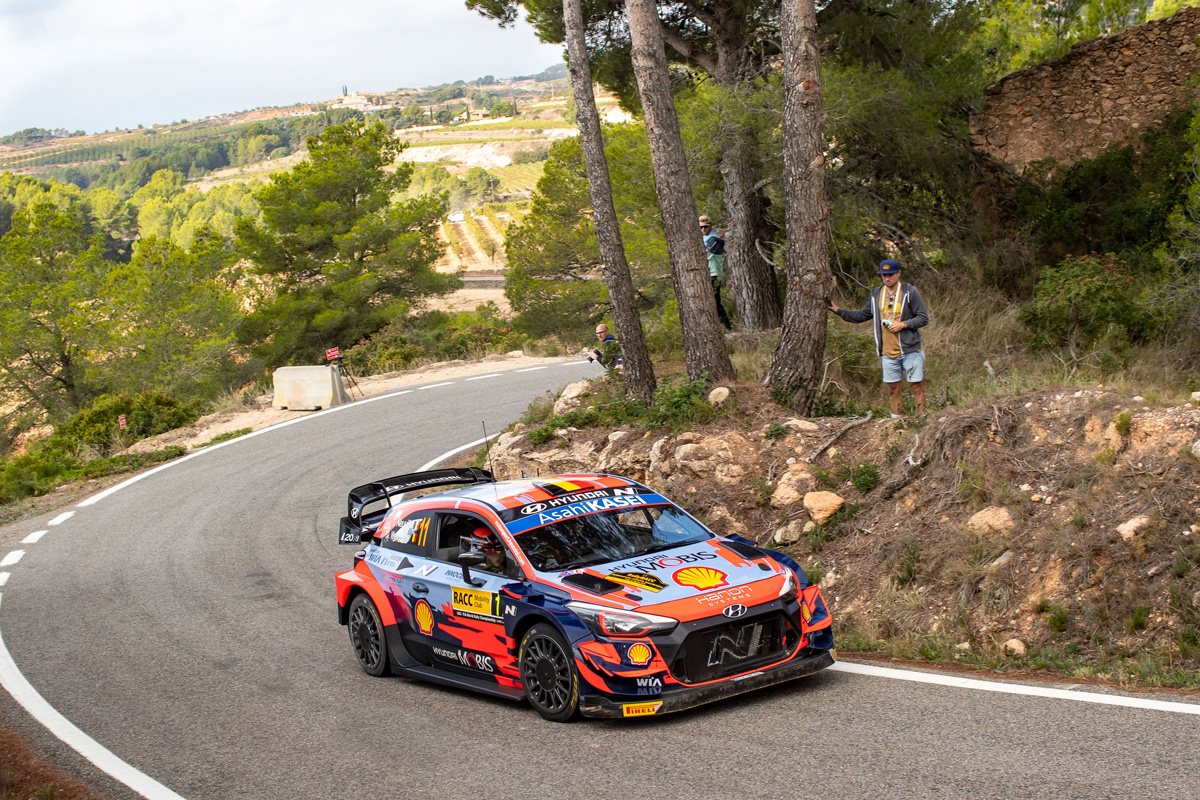 Thierry Neuville has put himself in the box seat to clinch his second victory of the 2021 World Rally Championship season.

The Belgian driver rattled off a streak of stage wins at Rally Spain to extend the slender margin he’d held at the end of Friday running to now be 16.4s clear of second-placed Elfyn Evans.

A little further back, Neuville’s Hyundai team-mate Dani Sordo has Sebastien Ogier in his sights, with just 1.2s separating the pair – both of whom are still within 40s of the overall lead.

Neuville described his advantage as a “very nice feeling”.

“It wasn’t easy; we had some fog early on and the roads were very dirty, so I relied a lot on information from the road note crew,” he explained.

“We have taken a clever approach, trying to avoid the sharp cuts, and not risking any punctures.

“We made an important set-up change yesterday that allowed us to take more out of the car, but there are still things we could have done to go even quicker.

“I still felt comfortable, and we set six fastest times out of the seven stages, so it wasn’t too bad!

“It’s always nice to be in front but there are some challenging stages yet to come. Nothing is guaranteed but we keep believing.”

Evans, who is trying to take the title fight with fellow Toyota driver Ogier to the final round at Monza, lamented a less than perfect day.

“I never really found the sweet spot and never felt as comfortable as yesterday,” he said.

“Here you have to be very confident, and I wasn’t at my very best today and it showed in the times. But tomorrow we’ll keep trying.”

Ogier fell back towards Sordo late in the day after a stall.

“This morning some things had been improved: I was more happy with the balance and I could enjoy driving the car more in the clean sections at least,” said the Frenchman.

“Still, the times were not so great. But we continued to work on the car setup and after service it was starting to feel better and the times were coming and we had a great afternoon.

“Unfortunately the engine stalled on a hairpin in the final stage so it is close again behind, but the positive is that the car is suiting me and the pace is there so I’m still very confident going into tomorrow.”