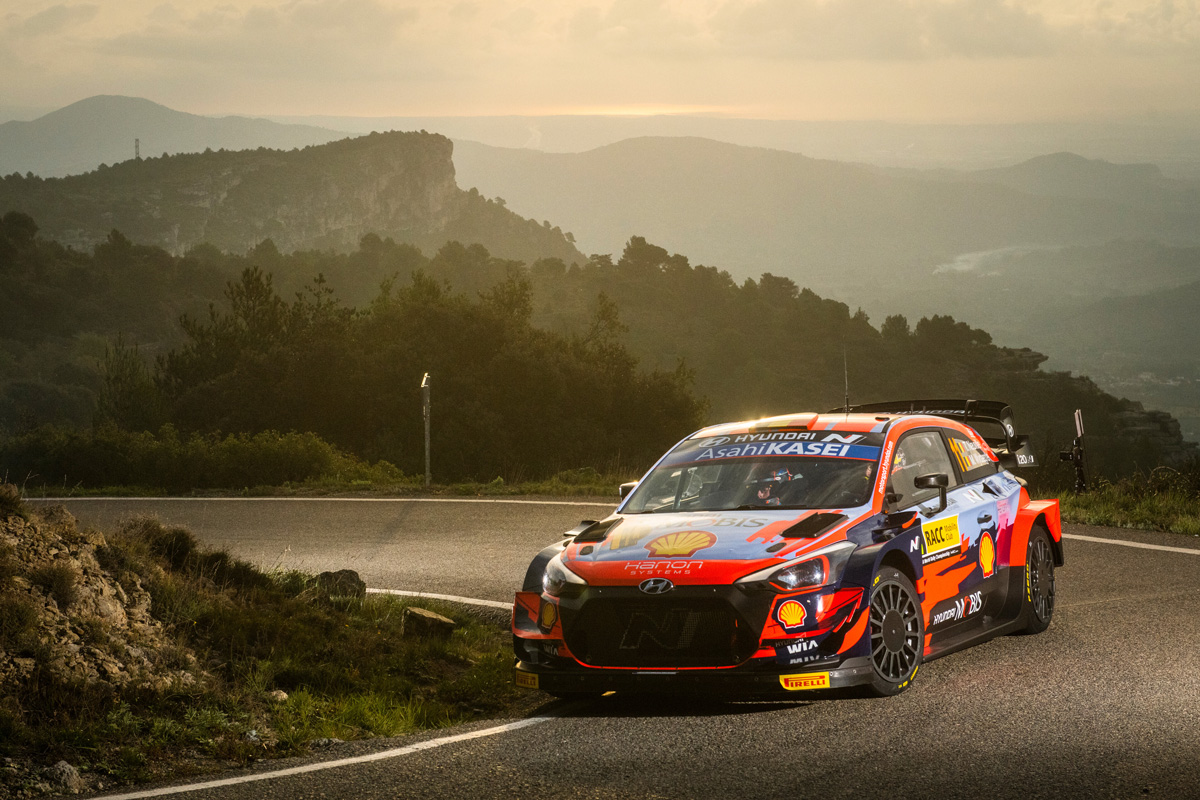 The Hyundai driver finished the day just 0.7s ahead of Toyota’s Elfyn Evans, who made a good start in his efforts to take the title fight to the Monza finale.

Evans entered Rally Spain with a 24-point deficit to seven-time world champion Sebastien Ogier, with no more than 60 points left to play for.

The Welshman was relatively pleased with his day’s work, Ogier sitting a further 18.7s adrift in third.

“This morning was very good for us. The feeling in the car was good and we got into a pretty nice rhythm, but I was surprised to have such a strong time in the first stage,” said Evans.

“The afternoon loop was okay for the most part, it was just the middle stage where it was a bit more dirty that seemed to be a bit difficult for us. We had a big moment and hit the rear fairly hard on a kerb, but we got away with it.

“It’s very close now between the top two positions and it’s all to play for going into another tricky day tomorrow.”

Neuville struggled with understeer during morning running, but grew more comfortable later in the piece.

“Tomorrow, we have a different profile of stages, more flowing and I hope they will suit us better,” he said.

“We are going to do all we can to stay in the fight with Elfyn, who had a great start to the rally. It acted as a wake-up call for us, but now we’re back in the game.”

Neuville, Kalle Rovanpera, and Ott Tanak are separated by just two points in the battle for third in the drivers’ championship – with the latter’s chances taking a hit after retiring on Day 1 in Spain.

“It has been a day of unpleasant surprises,” Tanak admitted.

“This morning, in SS2, we had quite an impressive spin, and then at the start of the afternoon loop we went off and had to retire the car.

“We hit a tree stump which caused damage to the car that is unfortunately irreparable.

“It was quite an impact, so we were probably carrying too much speed into the corner. We locked the wheel a bit, and together with the dirt, we couldn’t save it.

“Martin [Jarveoja] and I are both fine; we weren’t really over the limit, so it came a bit out of the blue.”

Behind the top three, Dani Sordo is not far away in fourth, followed by Rovanpera and M-Sport Ford duo Adrien Fourmaux and Gus Greensmith.