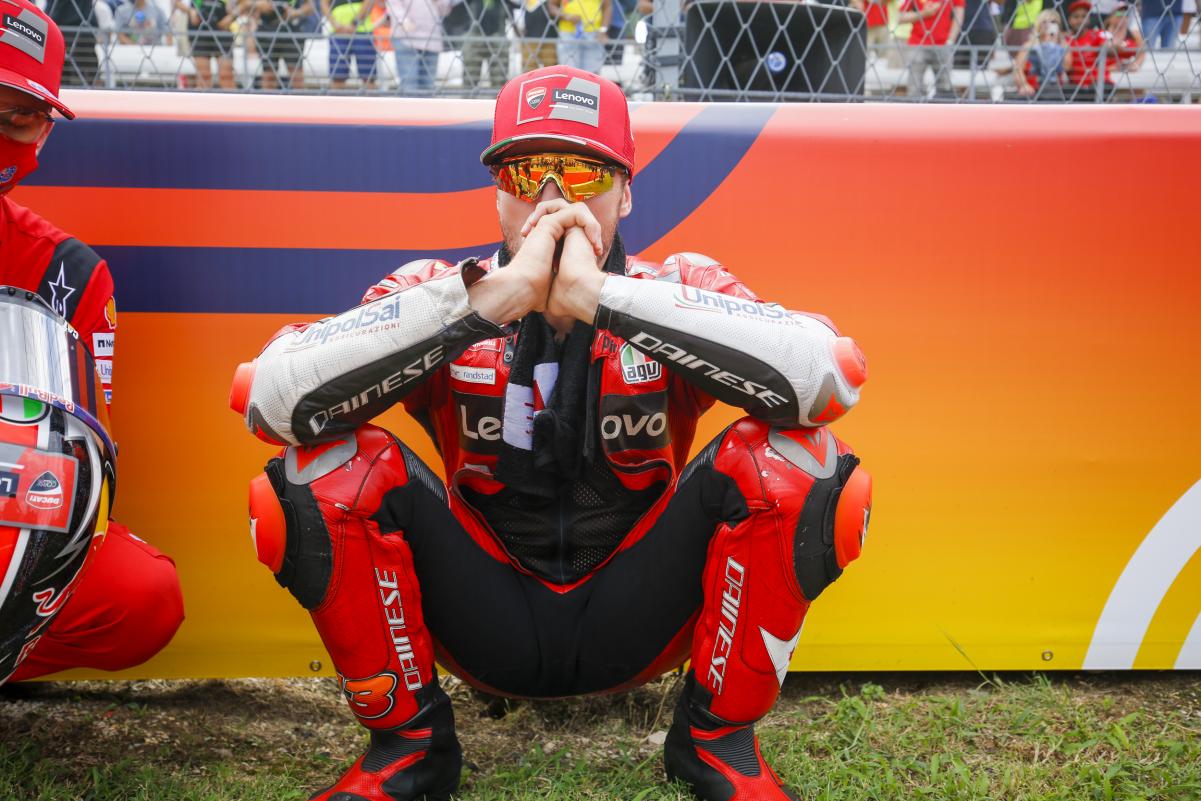 Mick Doohan believes that Jack Miller “needs” to vie for the 2022 MotoGP championship title given his status as a factory rider and mixed 2021 season.

Miller has won two races in this, his first year at the works Ducati Lenovo Team, but it is team-mate Francesco Bagnaia who is still a chance of usurping Fabio Quartararo to take the crown.

Bagnaia is 53 points, the equivalent of just over two races, ahead of the Australian with three rounds to go, but already had the upper hand in the intra-team battle before taking a career-first win in the Aragon Grand Prix.

Miller has also been outdone at various times by the two Pramac Racing riders, both of whom are also given current-specification Desmosedicis, and various Ducati management figures have hinted that he is under pressure from rookie Jorge Martin.

While the man himself says he is not worried about the threat of Martin, Doohan makes next year, when #43 will be coming off-contract again, to be a critical one.

“I would hope that, whatever it is, that Jack’s going to sort of resolve what the concerns are next year because he really needs to perform,” the five-time 500cc world champion told the In The Fast Lane podcast.

“In my eyes, he needs to perform; one, for the rest of the year, [and two] to get himself into a strong position to really have a championship assault next year.

“Because, beyond that, where does he go?”

Miller won Rounds 4 and 5 of the campaign but, beyond that, has just one podium to his name for 2021, and that came in Round 7.

In the six races since the summer break, the Queenslander’s best finish is a single fourth, at Silverstone, during which time Bagnaia has taken two victories, a second placing, and a third.

Doohan maintains that his compatriot can too become a world champion, but needs to find a ‘missing piece’ to do so.

“We’ve got to hope that he’s a little bit more consistent,” said the Honda legend.

“He’s lightning fast – there’s no doubt about that – [and] he’s got some great bike control, as we see in the wet all the time.

“I don’t know if it’s a mental side or what it is, but he’s certainly capable of winning a world title; it’s just a matter of piecing it all together.

“I don’t know what that piece is that he’s missing, but I might attend one race a year, so it’s a bit hard to get an idea of what’s going on and I certainly don’t have too much contact with him outside of the racing.

“His team-mate’s extremely talented, and having somebody talented in your team-mate helps push both sides of it, but the Italian [Bagnaia] seems to be thriving more so than Miller in that team.”

Miller revealed around a month ago that his focus is now on nabbing third in championship, a fight in which he currently trails Suzuki’s Joan Mir by 26 points.

Ahead of them, Bagnaia trails Quartararo by 52 points on the way to the Emilia Romagna Grand Prix, which takes place at Misano on October 22-24.