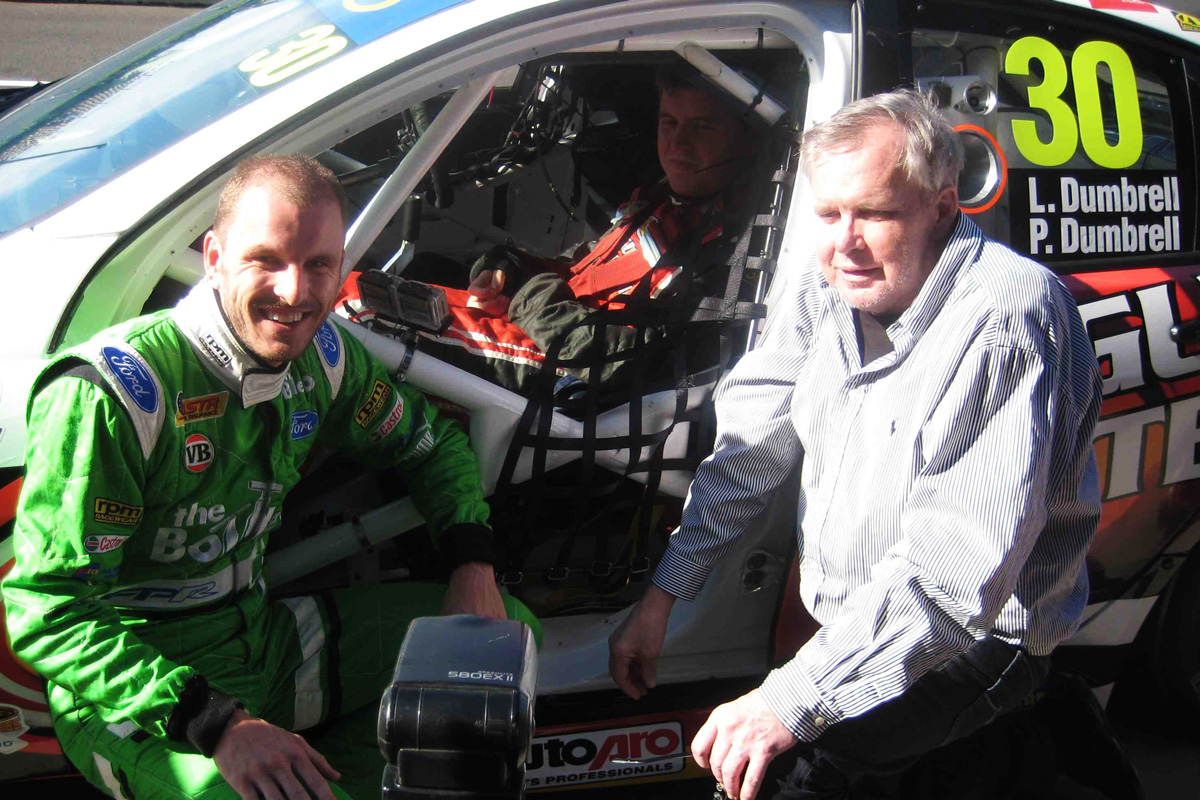 Paul, Lucas and Garry Dumbrell at Mount Panorama in 2010

Dumbrell was a successful businessman, most notably founding automotive parts and accessories retail company Autobarn in 1985.

That followed his two attempts at the Great Race, co-driving with New Zealand’s John Faulkner in the 1980 and 1981 editions.

In addition to touring car racing, he also competed in Formula 5000.

The motorsport careers of his sons are perhaps more widely known.

Paul Dumbrell is one of three drivers to twice claim the Super2 Series title – those coming in 2002 and 2014 – and won seven Supercars Championship races prior to retiring after the 2018 season.

Paul’s brother Lucas was a racer too until a shocking Formula Ford crash at Oran Park in 2008 that left him a quadriplegic.

From there, he channelled his focus on team ownership, entering Lucas Dumbrell Motorsport in the Supercars Championship from 2010 to 2017 – taking one race win via Nick Percat at the 2016 Adelaide 500.

Garry himself spent a year in Supercars team ownership, purchasing front-running squad Gibson Motorsport ahead of the 2000 season.

He sold the team to Bob Forbes at the end of the 2000 season, with Fred Gibson buying back a Racing Entitlements Contract as Craig Lowndes made a shock switch to Ford.

Dumbrell was diagnosed with cancer in 2010, at which point he resigned as Autobarn CEO and handed the reins to Paul – who is now CEO at Total Tools.

After defying all odds and beating cancer, Garry passed away on Friday after a tragic accident at home.

“We thank everyone for their messages and their thoughts over the last 48 hours,” the Dumbrell family said in a statement provided to Speedcafe.com.

“Garry would have been touched by all of the positive and kind words that have been said about him in that time.”

Speedcafe.com extends its condolences to Garry’s family and friends.