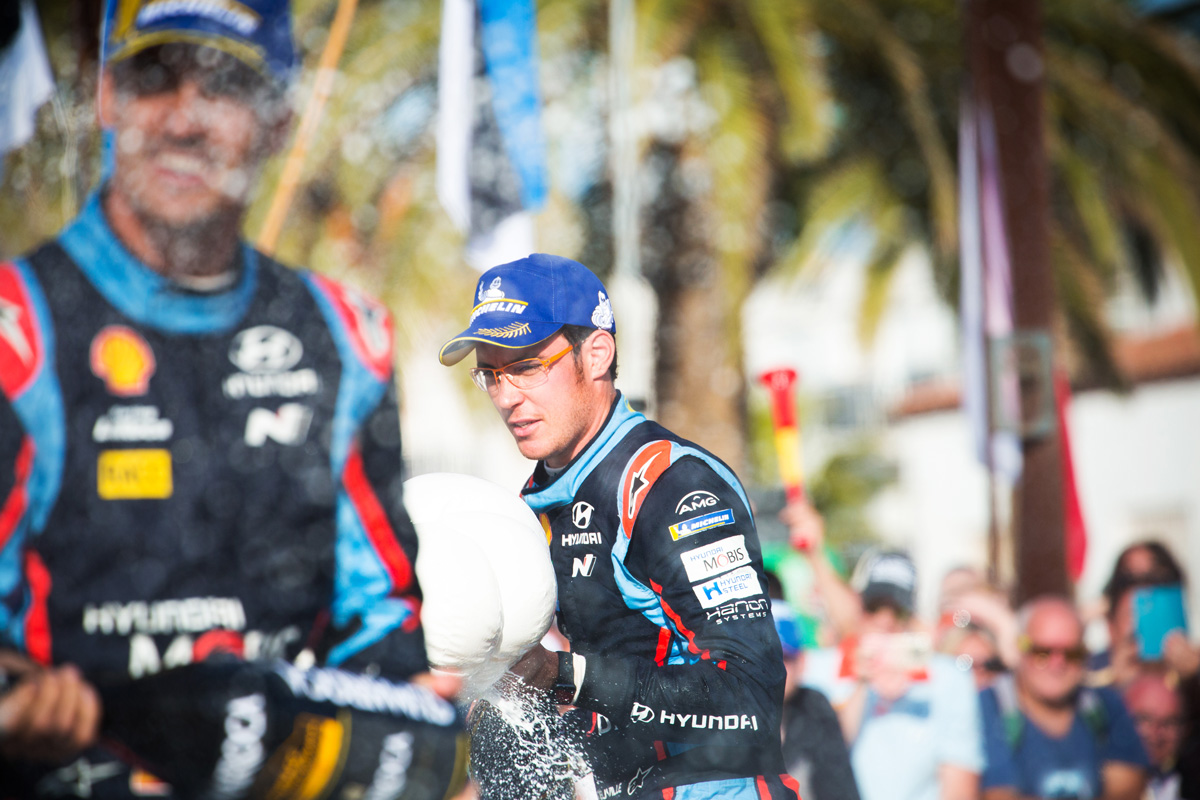 Neuville has been openly critical of the new-for-2022 hybrid era, a theme which continued when he addressed media in the lead-up to this weekend’s Rally Spain.

“It is Formula E driving on a rally road,” the Hyundai stalwart said of his experiences to date driving the Rally1 prototype.

“It is very early to say how it is going to be. Many things are not working yet as they should be with the hybrid system, to get real feedback is very difficult.

“For me so far, it is going to be a change [of driving style].

“The target is that you need to recover energy under braking to be able to discharge the [hybrid power] in acceleration.

“If you don’t reach the target under braking, you can’t have additional power on the exit, which makes the whole thing inconsistent and unpredictable.

“At the same time, if you reach your target and you accelerate and you lift once the throttle, you lose all the power you have available. It is very inconsistent so far.

“We have to get more ahead with the testing, there are too many things that are not clear yet.

“I don’t know if anyone is going to be a big fan of the first versions of this new car.

“The only thing that is exciting is nobody knows where we are going and what to expect from next year.”

Neuville is third in the 2021 standings – albeit already out of the title hunt, which is now a two-horse race between Toyota team-mates Sebastien Ogier and Elfyn Evans – ahead of the penultimate event of the season.