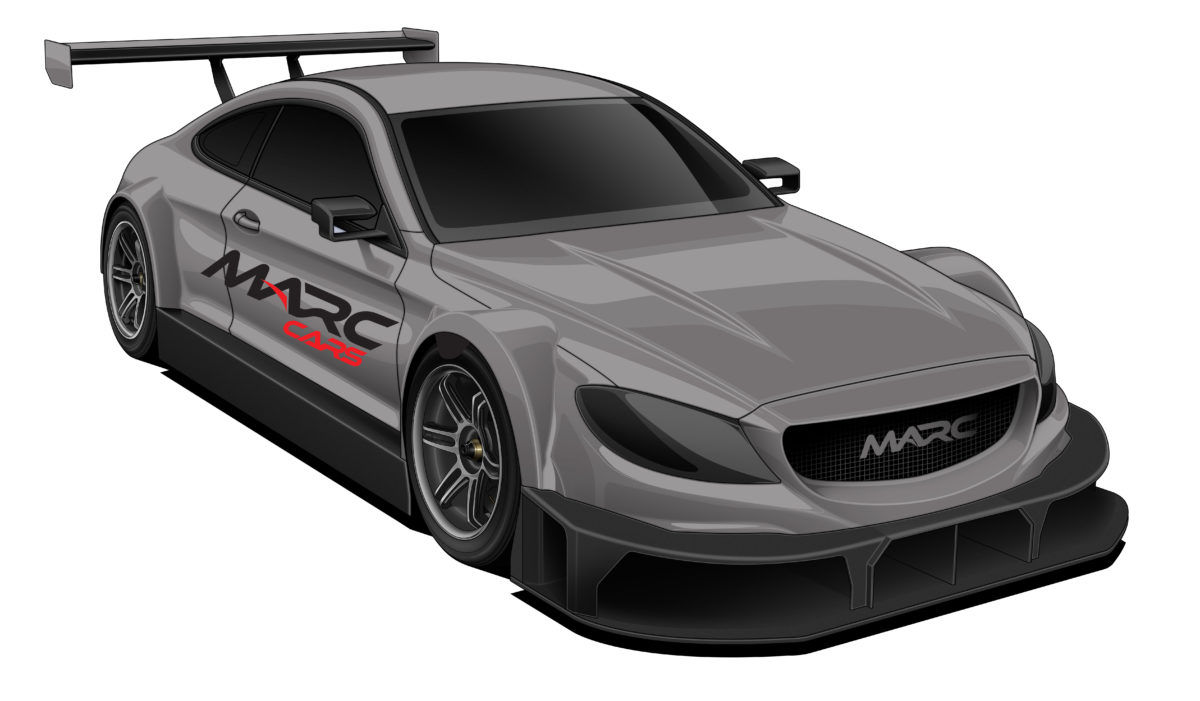 MARC Cars Australia has announced that it will produce a new MARC GT vehicle which will hit race tracks next year.

According to the firm’s announcement, the MARC GT will be a new-generation vehicle, making it the third after the Focus/Mazda3 and the Mustang-inspired MARC II.

While the body of the newest incarnation resembles a Mercedes-Benz C-Class or perhaps a Mercedes-AMG GT3, an arguably more notable change is what is under the bonnet.

Instead of the 5.0-litre Coyote which powered the first two generations of MARC Cars, the GT will be fitted with a General Motors LS3.

However, the Albins ST6 transaxle and paddle shift remain, as do the Brembo brake package and PACE Innovations modular upright system, while the bodywork is to be custom-moulded composite material.

The GT is being developed in conjunction with PACE, with testing of the prototype to begin in early-2022 before debuting in competition on the new MARC Cars Championship which will run on the Australian Motor Racing Series.

MARC Cars Australia owner Geoff Taunton said, “The MARC Focus and Mazda have both been such a successful car for the MARC Cars team and it was a key point for the design brief that we didn’t lose the identity of the previous MARC cars in this new design.

“Working with PACE Innovations whom have designed our previous MARC Focus/Mazda and MARC II V8, they immediately understood the direction this car needed to go – so we know the quality and finish will be to the highest standard in line with our other models.”

The aim is to have three MARC GTs on-track for the start of its own championship later in 2022.

MARC Cars Australia was founded by Ryan McLeod, who sold a controlling interest in the business in early-2020.