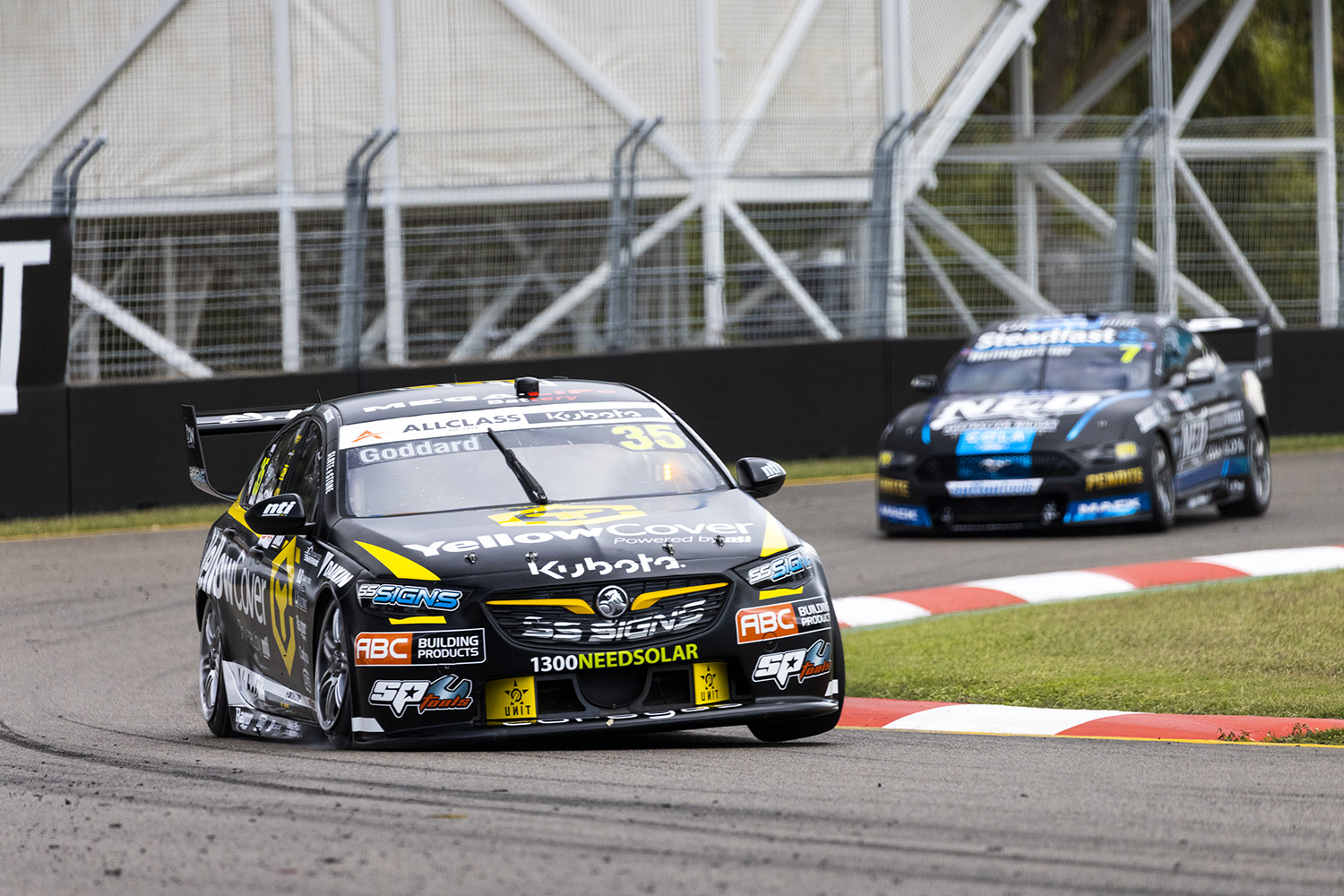 Zane Goddard has announced he will part ways with Matt Stone Racing at the conclusion of the 2021 Repco Supercars Championship.

Goddard is in his second season with the Yatala squad, having completed a partial campaign last year whereby he shared a car with Jake Kostecki.

The duo were elevated to full-time seats for 2021; however, neither will return in 2022.

Kostecki was this month confirmed as heading to Tickford Racing, and now Goddard has revealed his future lies elsewhere.

Jack Le Brocq is the favourite to land one of the two MSR seats, with James Golding, Chris Pither and Todd Hazelwood among the contenders to join him there.

In a statement released by Goddard’s management, it was said an agreement was unable to be reached with MSR.

“Commercial objectives from Goddard and his personal sponsors were at the centre of this decision, along with several other issues that were raised during the course of negotiation,” read the statement, in part.

Added Goddard: “It isn’t an easy thing to make statements like this, however, after consultation with my management and sponsors, we’re in a position as though it feels right to explore some new opportunities.

“I have nothing but gratitude to Matt and the entire team, along with their sponsors.

“We broke new ground with the SuperLite programme last year, which led to me being a full-time rookie this year – it was a huge step for both the team and I, which means a lot.

“However, I am working overtime towards what lies ahead next year.

“The sport is in an exciting phase – we’re seeing the average age of the grid reducing almost by the day and that is something I’m excited about.

“We’re looking at several options and nothing is off the table.

“My family and personal sponsors, who have been with me the entire way, are committed to what we’re announcing today and have all asserted that they remain on board and are really looking forward to what we can do.

“Now’s the time for the next chapter.”

“It is a matter of finding the right fit for him so that he can continue to remain racing and build on his profile,” read a statement from AKXN Sports Management.

“There’s a real youth movement in Australian motorsport right now and Zane has the chance to be at the forefront of that, given his experience already in Supercars, coupled with the lessons learnt in places like Monaco, Silverstone and Monza racing single seaters [in British Formula 4 and Formula Renault Eurocup].

“There are some great opportunities that lie ahead.”

Goddard has five Supercars Championship rounds remaining at MSR, starting with the Bunnings Trade Sydney SuperNight on October 29-31 and ending with the Repco Bathurst 1000 across November 30 to December 5.