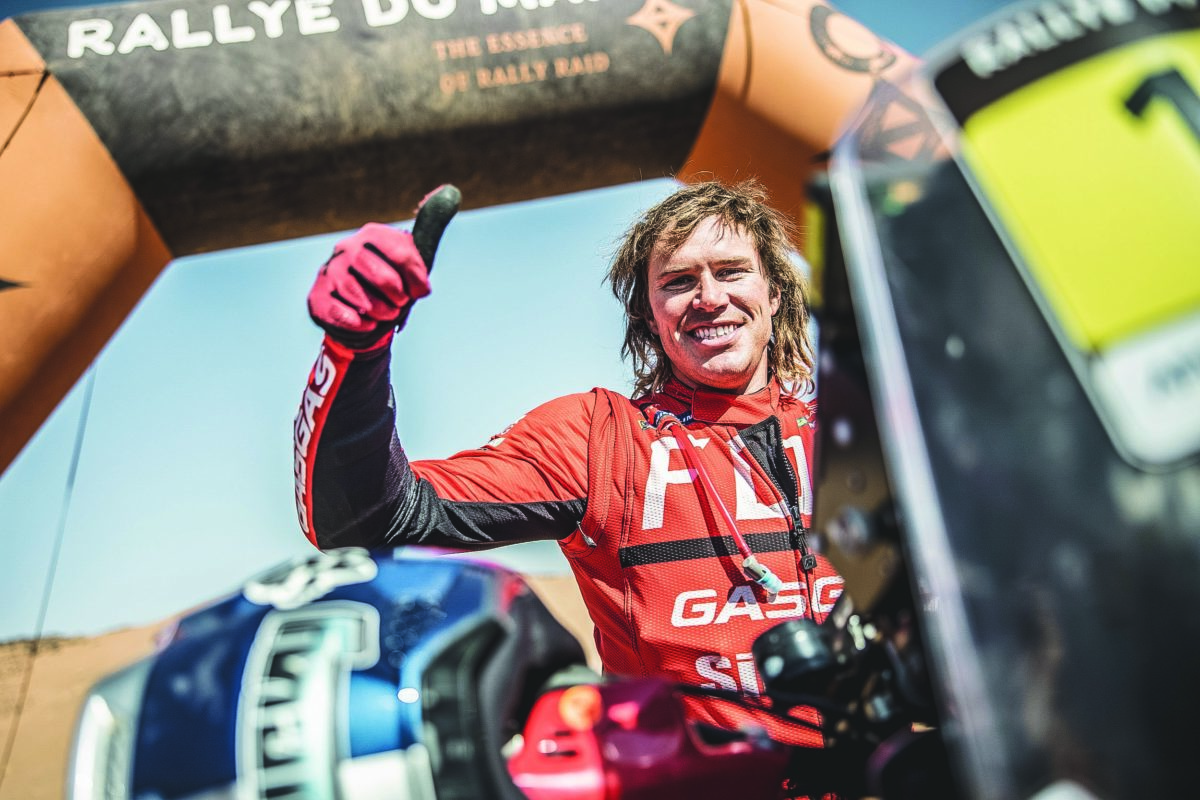 The 27-year-old finished third on the event’s fifth and final stage and, crucially, was just a second slower than his nearest rival in the general classification, Monster Energy Honda’s Ricky Brabec.

Red Bull KTM’s Matthias Walkner wrapped up the world championship with a round to spare despite losing the ascendancy in Morocco to final-stage winner Pablo Quintanilla (Monster Energy Honda).

For the event overall, it was Quintanilla prevailing by 1:59s over Walkner, with Sanders 5:27s off the pace, Brabec 7:14s away from victory, and Red Bull KTM’s Toby Price 13th in his return from injury.

Sanders had been the road opener after winning Stage 4, but the special was shortened to 166km and lingering dust meant that those starting behind him did not have the advantage that they otherwise might enjoy.

The Australian Off Road Champion in fact led to the waypoints at Kilometres 41 and 82, before Quintanilla took over top spot.

Despite a spill along the way, Sanders was only 18 seconds slower than the Chilean to the finish line.

The result is his best since being switched from the KTM factory team to the lead role at sister squad GasGas Factory Racing.

“The last day is done and what a week it’s been,” exclaimed Sanders.

“Opening the final stage was pretty cool. After around 80 kilometres, the navigation became a bit more tricky so I had to slow my pace to make sure I was on the right path.

“I actually had a small crash in the dunes but I was up quick and straight back on a decent rhythm.

“I’m really happy to have finished third on this stage after opening and overall it’s been a great week.

“To end it with a podium and secure the first podium result for GasGas in the world championship is really cool. Now I’m looking forward to the next race in Abu Dhabi.” 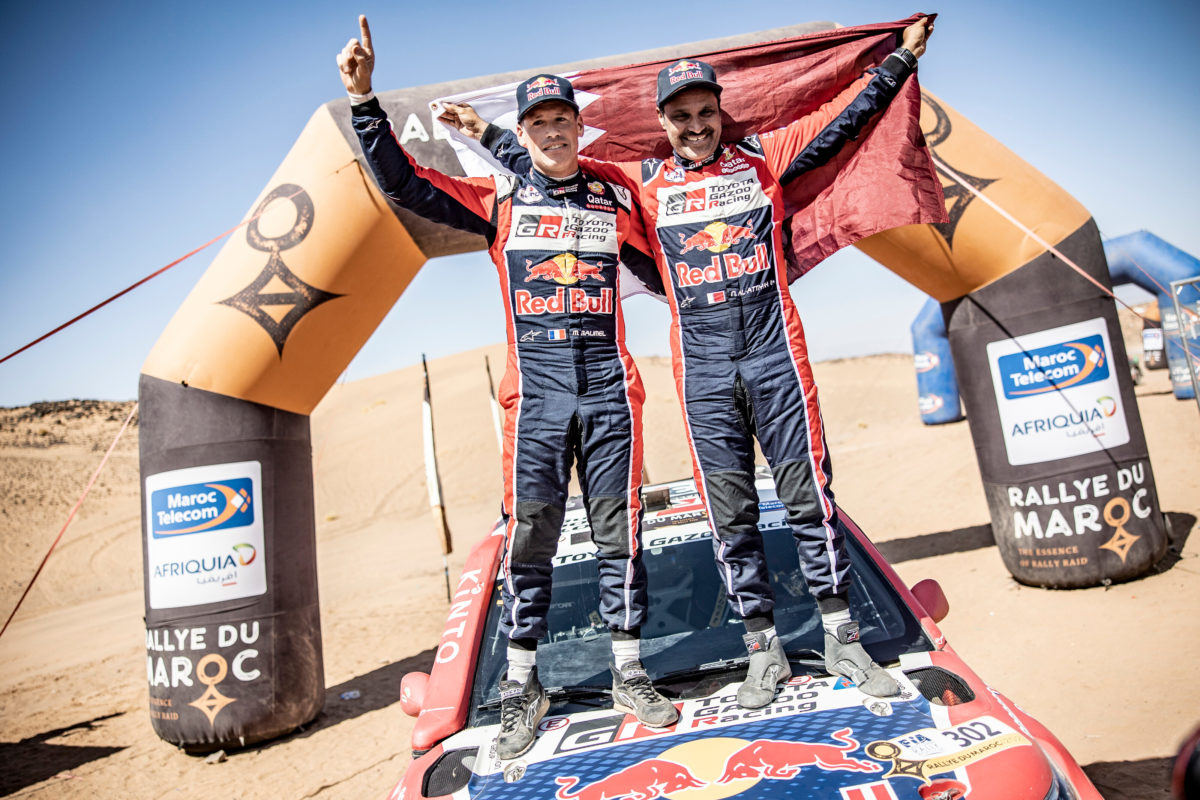 In the Cars, Toyota Gazoo Racing’s Nasser Al-Attiyah converted a healthy lead into a sixth Rallye du Maroc victory with yet another stage win.

The result sees the three-time Dakar champion take over top spot in the FIA World Cup for Cross-Country Rallies.

The event was Al-Attiyah’s last in the T1-spec Hilux, which is being superseded by the T1+ as the Dakar Rally moves to a new ruleset for 2022.

Notably, Erik van Loon drove a T1+ Hilux through all 1506km of special stage running in Morocco without incurring a puncture.

“We were winning the race since the beginning. Today, I enjoyed a lot these 166km because we took really good time from everybody and now we are the leaders of the championship.

“This is our last race in the T1. It has been an amazing car and we’ve won a lot of races with it, including the 2019 Dakar. Now we’re looking forward to racing the T1+ and I think the team have built us an amazing car.”

Both the FIM and FIA competitions continue with the Abu Dhabi Desert Challenge in November.