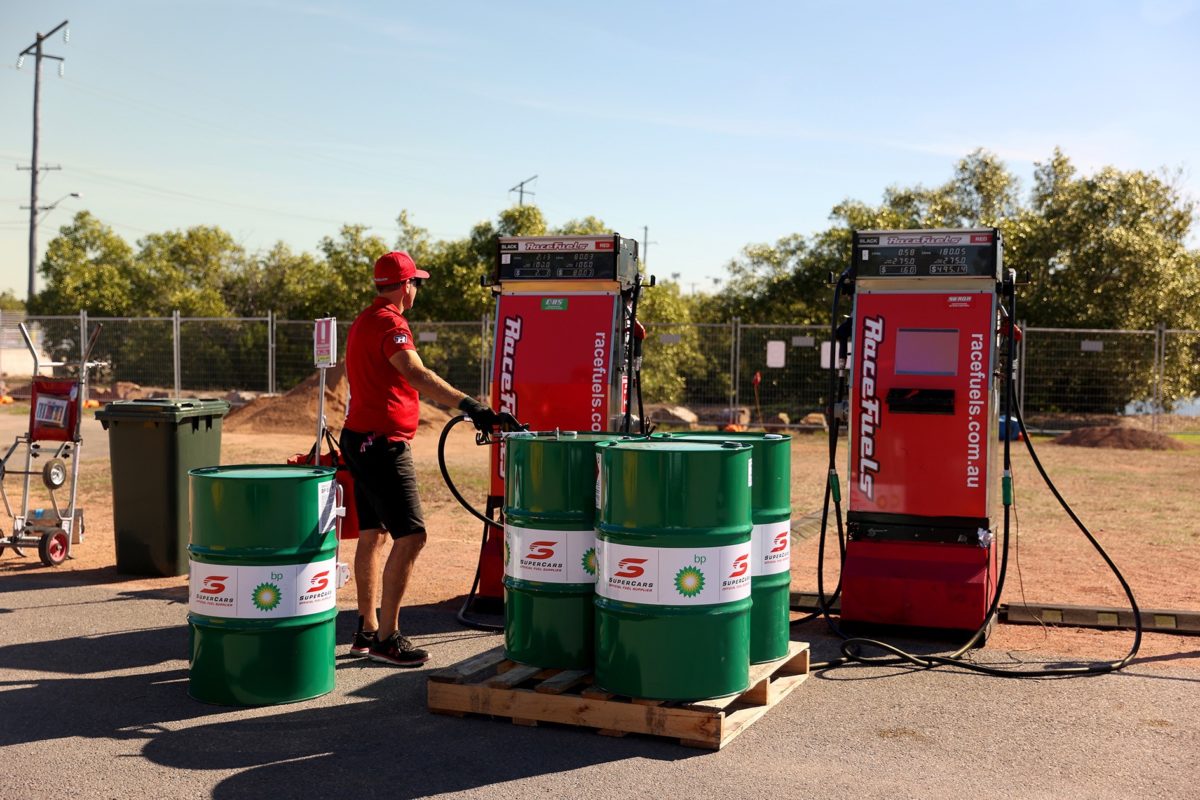 RaceFuels has outlined how it will service 10 race meetings in just seven weekends, including five Supercars events.

RaceFuels not only supplies the control fuel for the Repco Supercars Championship and a vast array of support categories, but will also be servicing Challenge Bathurst, Shannons Motorsport Australia Championship rounds at Sandown and The Bend, Island Magic, and Historic Sandown in coming weeks.

That makes for a requirement of around 250,000 litres of fuel during that period, which includes a clash of events across three states and a shorter than usual turnaround ahead of the Repco Bathurst 1000.

The task has been months in the planning, with fuel currently being prepared onsite at headquarters in Melbourne’s Dandenong, where transferring equipment to Sydney Motorsport Park is already underway.

RaceFuels will then call on its extensive facilities which include permanent tanks, bowsers and offices at both Bathurst and Sydney Motorsport Park, as well as its warehouse in Sydney’s Wetherill Park.

“It will be a challenging two months supplying more than 250,000 litres of fuel to 10 events spanning more than seven weeks in three separate states,” said general manager Sean Scott.

“It’s actually quite exciting. We’ve become very agile and adaptive as a business over the past two years, so this run of events to finish off 2021 really gives us the chance to demonstrate those capabilities. “Some of the turnarounds are tight, so it will be a test of our planning and procedures, though we do have some inbuilt redundancies if required.

“We have a daily plan in place, so it will be a case of checking off against our model and adapting as we go along.

“Our biggest challenge really is getting home. Sure, we could freight endless drums of fuel on site to cover off on supply, but we then need to get them off site and back home to deal with compliantly at the end of each event.

“When we leave an event, we do so without leaving a footprint. Everything that is brought on site must leave the site. We can’t leave 100 empty drums behind for the circuit to clean up.

“Getting enough fuel on site for each of the events is not the challenge, doing it efficiently with an eye to getting everything back home is.”

RaceFuels also has contingencies in place for as yet unconfirmed support categories, test days, and ride days.

The run of 10 events begins with the first of Supercars’ four at Sydney Motorsport Park, which runs from October 29-31.