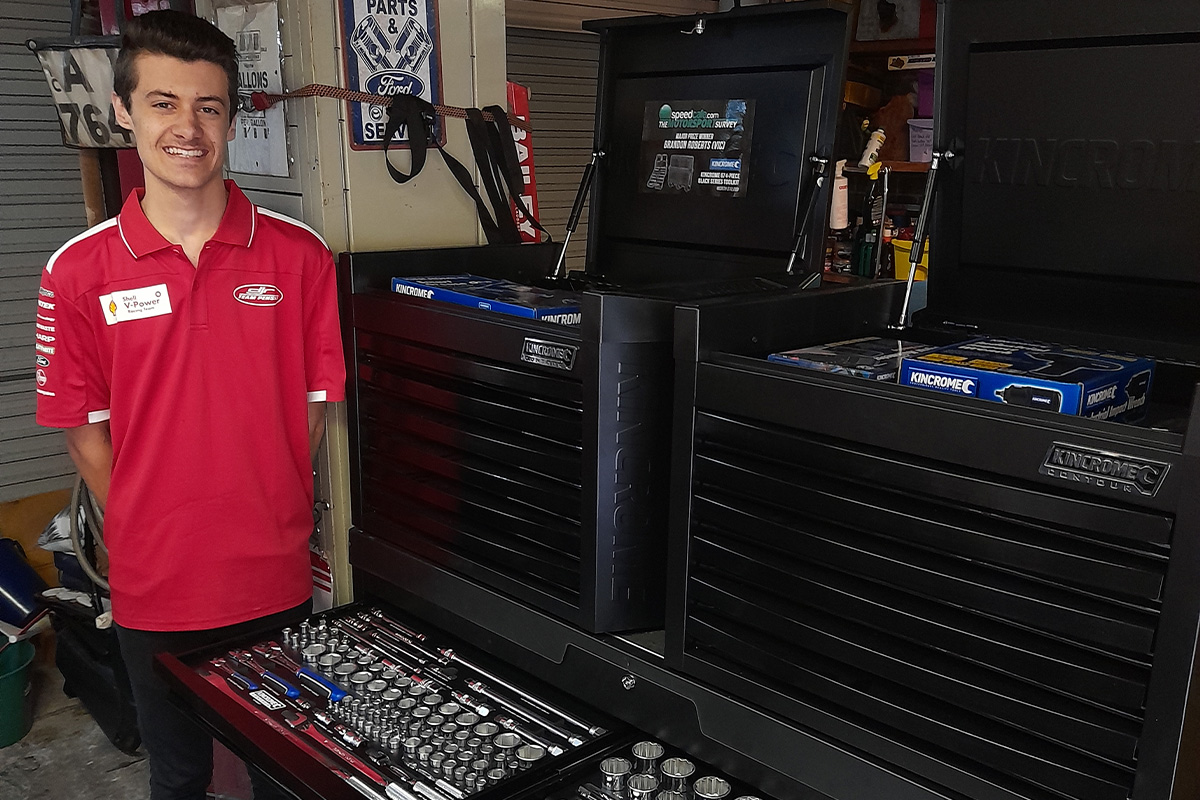 With the 2021 Speedcafe.com Motorsport Survey in full swing, we caught up with last year’s major prize winner, Brandon Roberts.

Having completed the survey and entered his details for the purpose of the prize draw, Roberts was thrilled when he found out he had claimed the top prize.

His Kincrome 674-piece Black Series Toolkit now sits gloriously in his garage and is used nearly every day when he finds time to work on his project cars.

Roberts, who is a massive fan of Kincrome’s range, says the Motorsport Survey provides an exceptional opportunity to have your say on the sport with the added bonus of great prizes.

“The Kincrome Black Series Toolkit is seriously the most amazing prize I could have won,” Roberts enthused.

“These were the tool kits I would stare at in auto stores and want so badly, it makes me feel like I’m in the pits of a Supercars team.

“I love how each draw is so organised with a spot for each spanner or socket, and with 674 pieces I definitely need that.”

“Growing up in a Ford house and always working on cars with Dad I always wondered how I would amass a toolset like his but never thought I would ever own something like this,” he added.

“We have been using it to build our cars and it has been an awesome help, there is nearly a tool for everything. Almost a year later and I am still in shock when I see it in the garage.

“For me, Kincrome has always been the brand of tools to aspire to own so the fact I have this set is pretty unbelievable.”

The incentive has been increased for 2021 with an even bigger prize pool for the Motorsport Survey of $20,000 this year, including major and weekly prizes from Kincrome.

This year’s major prize is a Kincrome 534-piece ‘Trade Centre‘ worth $9,999, which is designed for either professional workshop use or the home.

Thousands of fans have already completed this year’s survey and are in the draw for the major prize and the five remaining weekly prizes.

CLICK HERE for more details on the survey, including the major and weekly prizes.