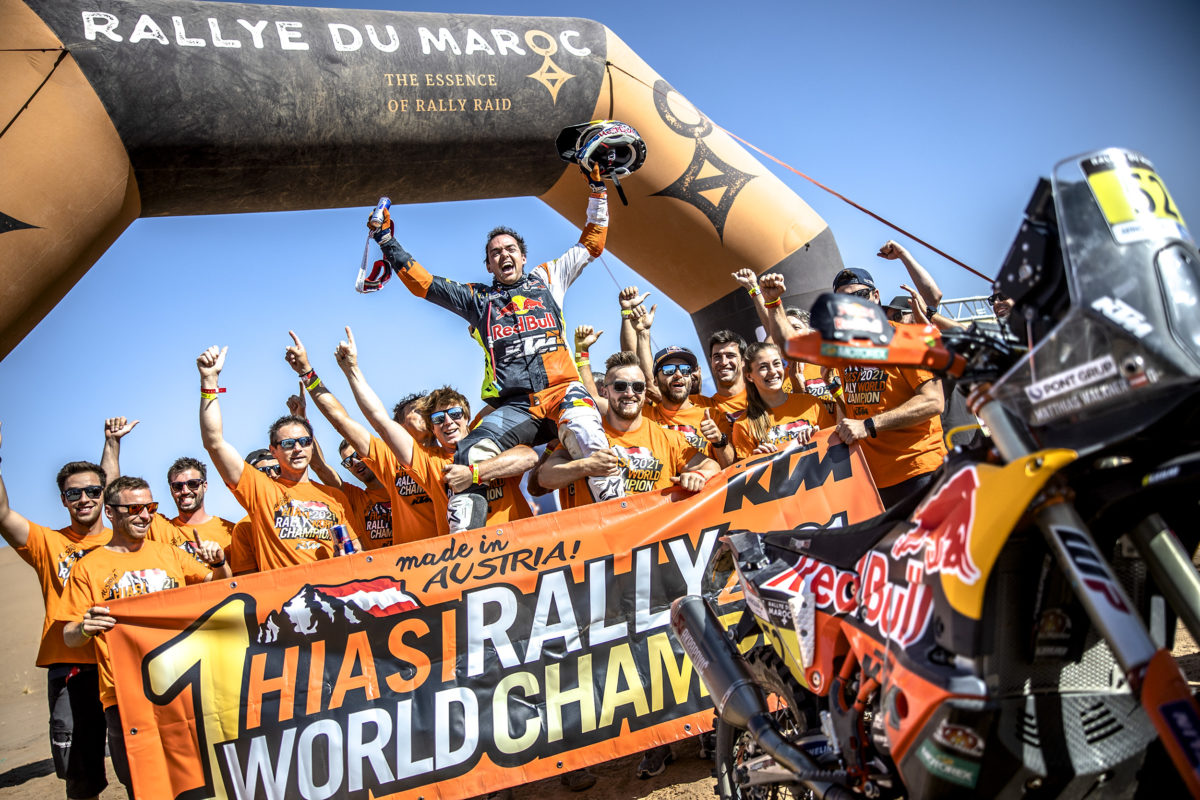 Walkner sat atop the general classification ahead of the fifth and final stage in Morocco and while he would only be seventh-fastest on the day, it was enough to wrap up the crown with a round to spare.

The Austrian’s championship victory follows those for team-mates Toby Price in 2018 and Sam Sunderland in 2019, with no title awarded in 2020 due to the COVID-19 pandemic.

“It’s been a super cool rally for me,” said Walkner, who also won the 2015 world championship and 2018 Dakar Rally.

“I set out this morning hoping to take the win, but I made a small mistake about halfway through that only maybe cost me a minute, but it was enough on the shortened stage to lose out.

“Second place is great though and to win the world championship title early is amazing.

“The team have been great all year, so a big thank you to them. It’s time to relax now and really enjoy the moment.”

“There is no doubt how hard Matthias works to be at the top of his game both on and off the bike; he has maintained the consistency and speed needed while navigating throughout this year’s races to bring home the trophy with his KTM 450 Rally. Congratulations to Matthias and the team.” 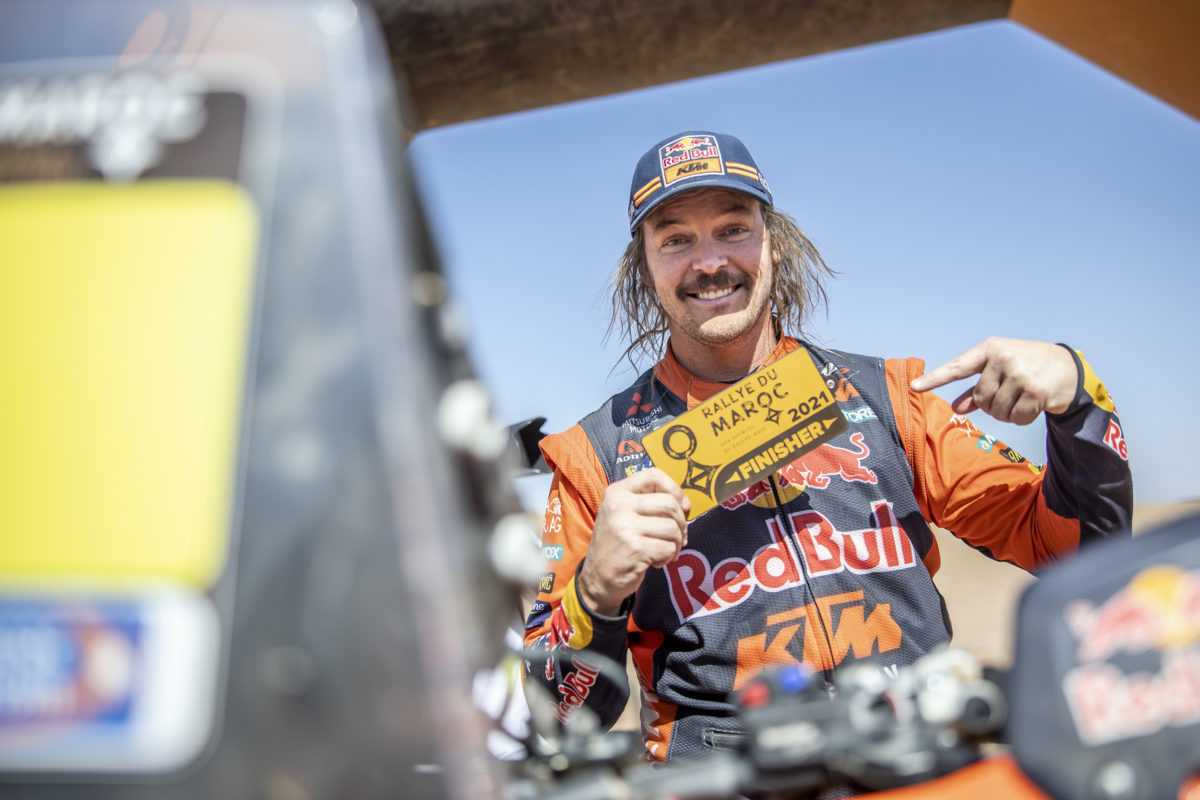 The two-time Dakar winner had not competed on two wheels since breaking his collarbone in Dakar 2021 in January, and was behind the eight-ball once he got lost on Stage 1 in Morocco.

He now has eyes on the last event before next year’s Dakar, being the Abu Dhabi Desert Challenge which is the finale of the FIM world championship.

“It’s good to get the last day done, and out of Morocco in one piece,” said Price.

“I picked up a small penalty for speeding in today’s stage but all-in-all I can’t complain.

“It’s good to get the first one under the belt after being off the bike for so long and I’m looking forward to Abu Dhabi now to see what we can do there.”