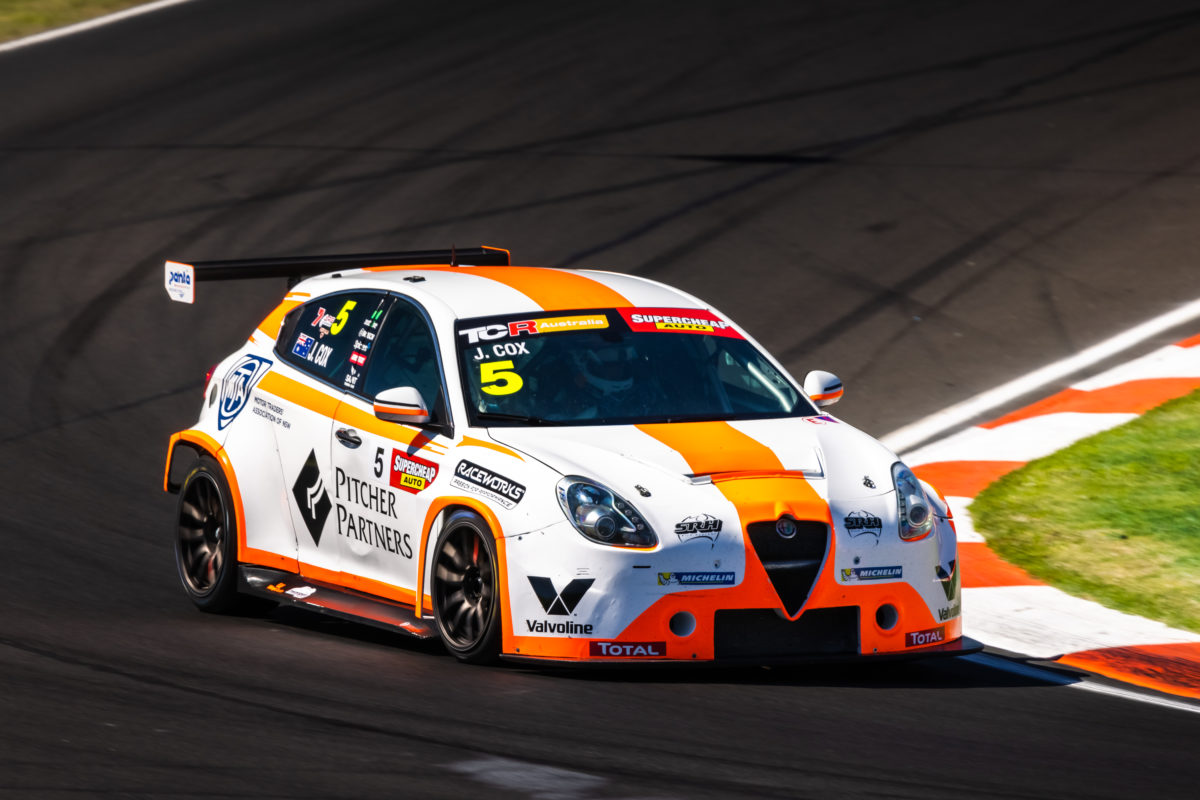 The Alfa Romeo which is for sale

Jordan Cox drove the car to two victories in Round 1 of the 2021 Supercheap Auto TCR Australia Series, at Symmons Plains, after scoring podiums with it in the inaugural, 2019 campaign.

“We’ve still got a brand new, unraced Alfa Romeo here and I thought there was no point advertising at the end of the year when it’s too late for someone to grab a hold of it for next season, hence why we’ve put it on the market,” explained GRM director Barry Rogers.

“The car is one of the original Alfa Romeos we bought back in 2019.

“The car has been fully maintained by Garry Rogers Motorsport. It’s fresh in all its areas; the engine’s done 3000km, gearbox and all the other running gear is all ready to go.

“It’s a race-winning car. It’s a good package for someone to get a hold of and join the TCR Australia grid. You’ll hit the ground running with that car.

“If it doesn’t sell, we’ll press on still with Jordan in that car.

“We just see it as an opportunity to get someone else involved and into an Alfa.”

As it stands the next round of Supercheap Auto TCR Australia takes place at the Repco Bathurst 1000, from November 30.