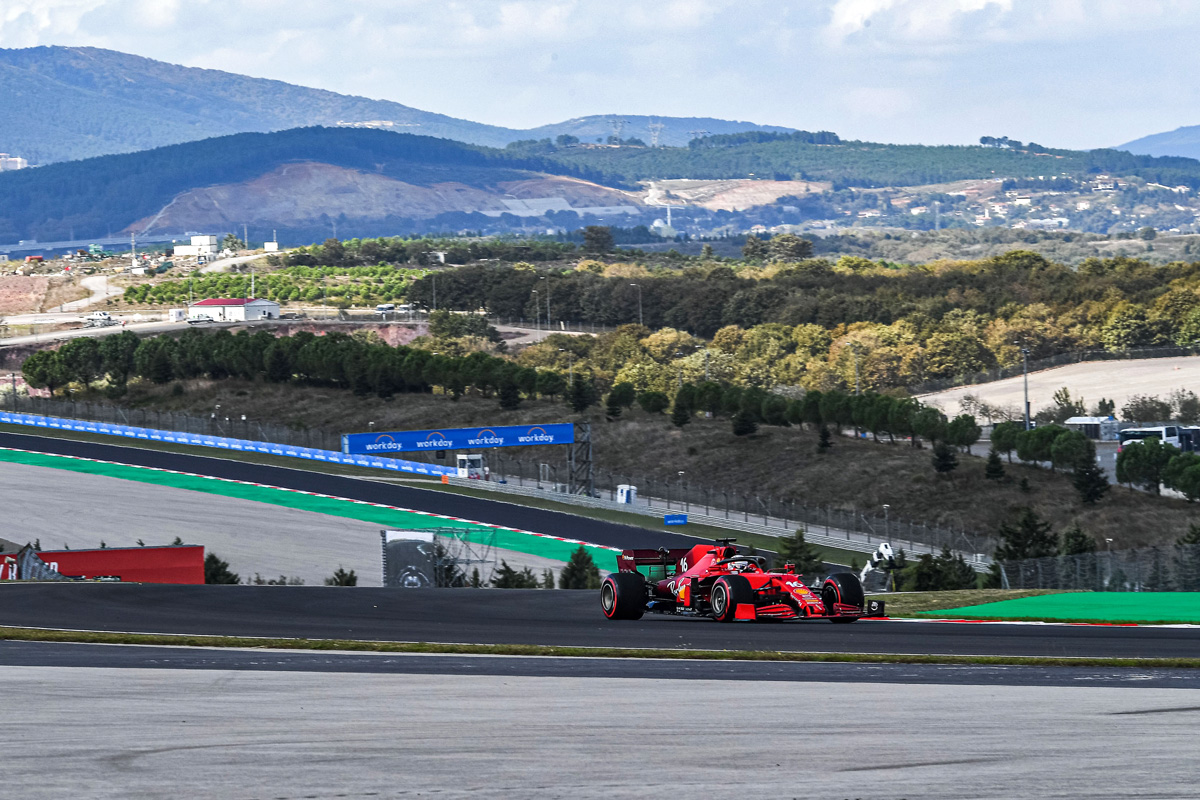 Ferrari is benefiting from its recent move to implement upgraded Formula 1 power units, even if they are “not a game changer”.

Charles Leclerc competed at the pointy end of the field all weekend at the Turkish Grand Prix, only missing out on a podium after choosing to gamble on tyres in the hope of an unlikely victory.

Leclerc had taken the pain of a grid penalty at the preceding Russian round in order to have the upgrade installed, a path Sainz went down at Istanbul Park.

Nonetheless, the Spaniard starred in climbing from the back row of the grid to finish eighth.

“It is giving us a small advantage,” he said.

“I don’t want to quantify it on lap time because it is track-dependent. It’s not only pure ICE [Internal Combustion Engine] power, it’s energy recovery, so it’s a bit complex.

“But certainly, it’s giving us an advantage.

“If I look as well at quali with Charles, it was the… fourth [fastest] lap time.

“If I look behind him, it was very close, and I’m pretty sure that a couple of positions would have been lost without that specification.”

Binotto added there was a desire to trial the new system before next year for experiential purposes.

Leclerc labelled the upgrade an improvement, if not getting carried away about the development.

“It is a step that is going in the right direction. It is not a game changer,” said the two-time grand prix winner.

“Obviously as we’ve seen in Russia it’s, as I said, a step in the right direction but it’s not a game changer.

“So now we will keep pushing to keep bringing those small improvements that are going in the right way, as we’ve done in the last year, and as the results show it.

“And hopefully very soon we’ll be back to fighting for wins.”

Sainz and Leclerc hold sixth and seventh, respectively, in the drivers’ championship, separated by just half a point.