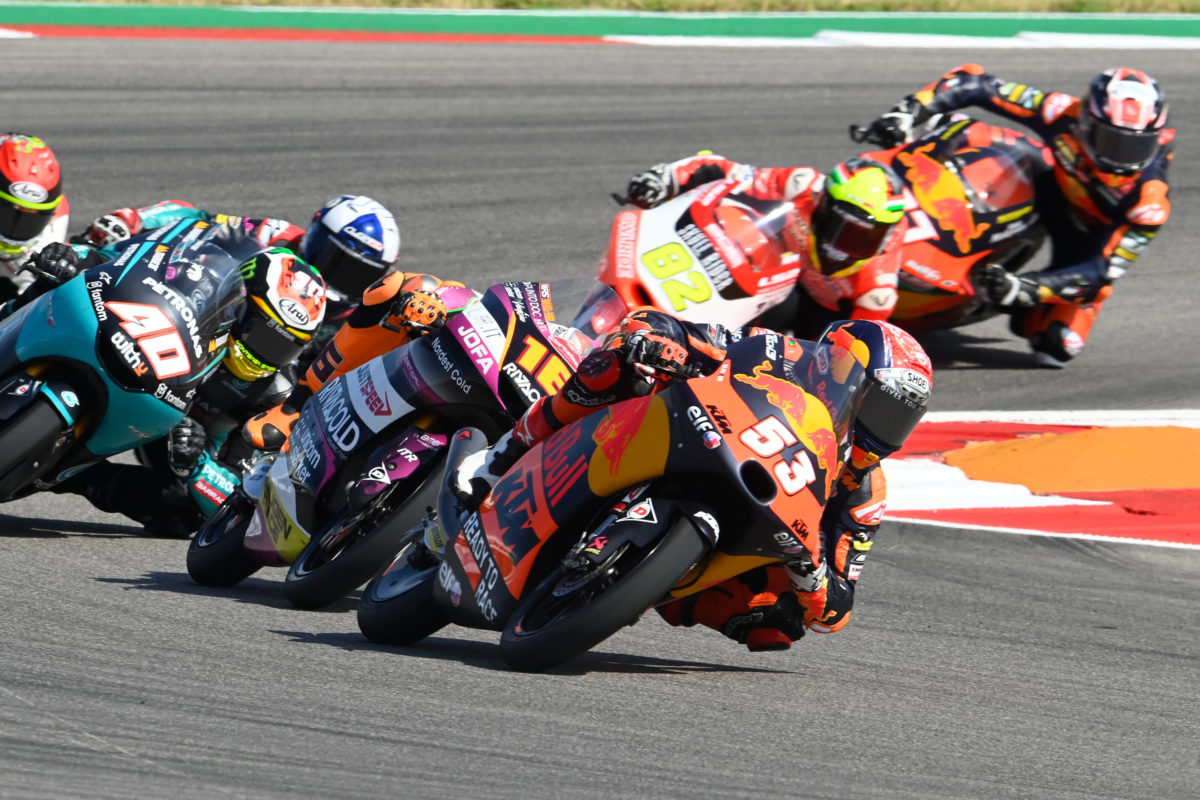 Deniz Oncu’s manager has hit out at his rivals for “complain[ing] too much” following the Turk’s suspension for his part in a horrifying Moto3 crash.

Oncu has been sidelined for the next two races of the Moto3 World Championship after taking out Jeremy Alcoba’s front wheel when he cut the Spaniard off down the back straight at the Circuit of The Americas.

The clash triggered mayhem, with championship leader Pedro Acosta and Andrea Migno both launching off Alcoba’s Honda, although all three were able to walk away.

The incident unfolded amid heightened concerns about rider safety and behaviour, particularly in the junior classes, after the death of Dean Berta Viñales just eight days earlier.

Nevertheless, Kenan Sofuoglu, himself a five-time Supersport World Champion, believes his rider was simply being aggressive and asserted that he has seen worse.

“For me the decision was not right,” Sofuoglu told German outlet Speedweek.

“Just look at the videos; I see much more dangerous manoeuvres than Deniz’s.

“For me, the main reason riders complain about my boys is because they are so strong, because you can’t beat them, so they look for reasons to complain.

“We are all deeply sorry for the loss of Dean Viñales, but now Dorna has made an example of Deniz and Bahattin [Sofuoglu, cousin of Kenan, who was penalised in the most recent Supersport 300 World Championship race], to show that anyone who rides aggressively can be punished in this way.

“But it’s not fair for my riders. You have to watch the whole race, every rider; Deniz didn’t deserve it. This crash was caused by bad luck.” 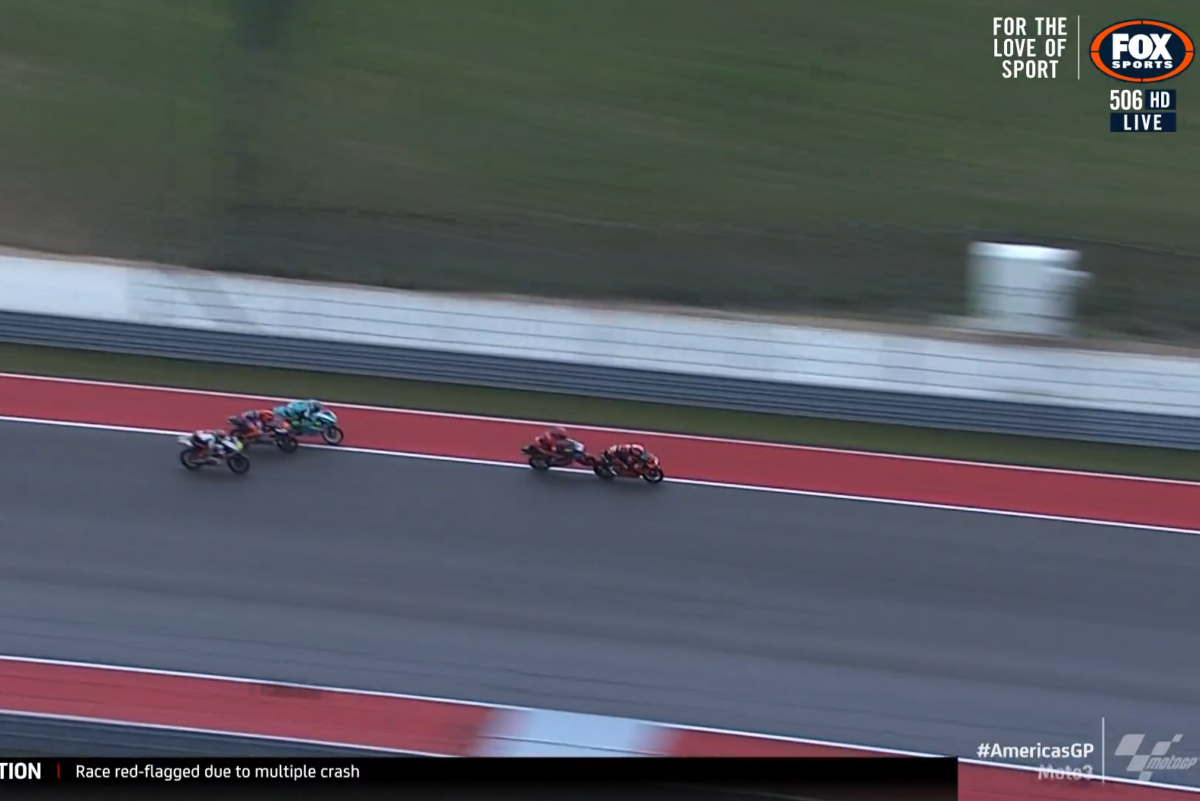 Sofuoglu was once penalised for an apparent ‘headbutt’ midway through a Supersport race in 2012, which he later claimed was simply an attempt to send a signal to another rider while he could not free his hand from the throttle.

Latterly, another rider in his stable, namely Toprak Razgatlioglu, has drawn the ire of fellow Superbike World Championship front-runners for a number of bold moves.

Sofuoglu, however, said aggression is simply “part of the sport”.

“Even in Formula 1, the pinnacle of motorsport, drivers like Lewis Hamilton and Max Verstappen drive very aggressively,” he observed.

“To be successful you have to be aggressive, it’s part of the sport. Today the riders complain too much.”

That apparently extends to darting around to make the most of a slipstream, suggested the 37-year-old.

“This is how they do Moto3 and Supersport 300 races today,” he added regarding the Oncu incident at COTA.

“Everyone tries to follow the rider in front to use his slipstream.

“For me it is very important that there are no contacts, but if you only follow your opponents, you will never win a race.”

The crash caused by Oncu led to a second red flag in that race, after an earlier highside for Filip Salac.

Valentino Rossi was among those who came out in support of the penalty, but criticised the decision to try and stage a five-lap sprint after the Salac incident as like playing Russian Roulette.

The next round of the season, the first from which Oncu is suspended, is the Emilia Romagna Grand Prix at Misano on October 22-24. 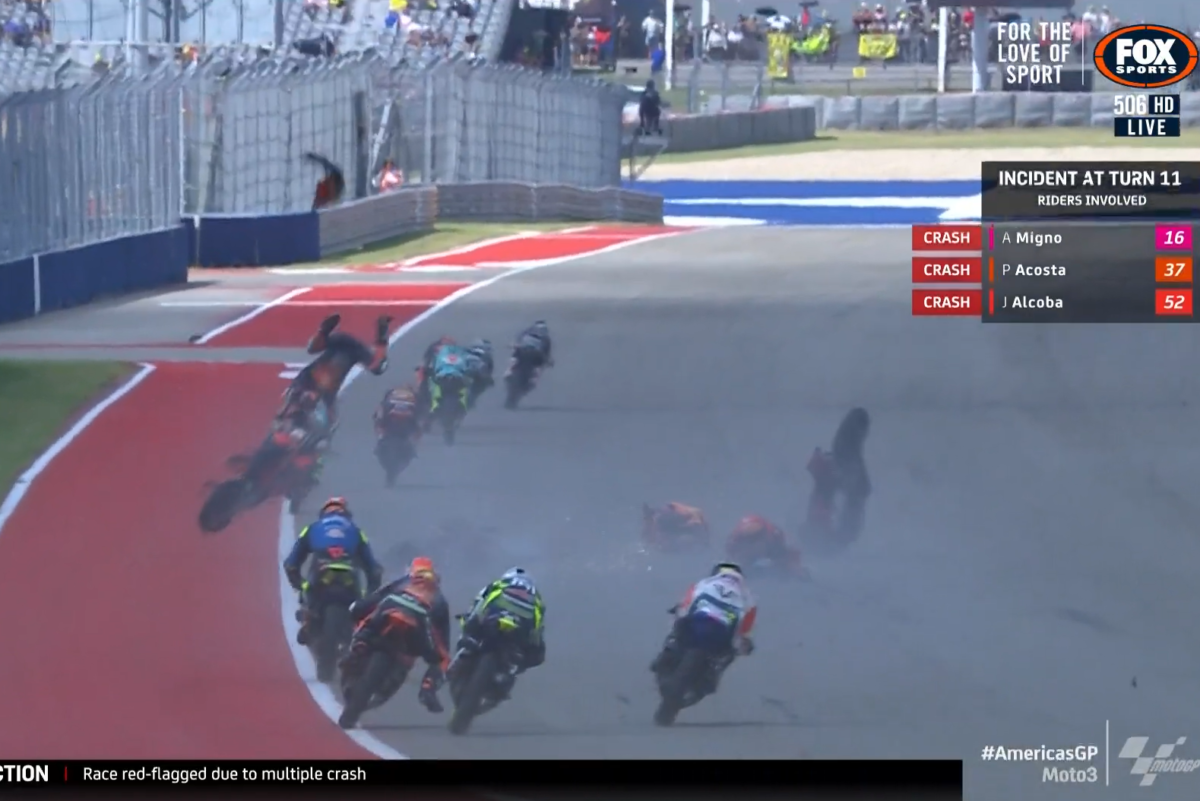