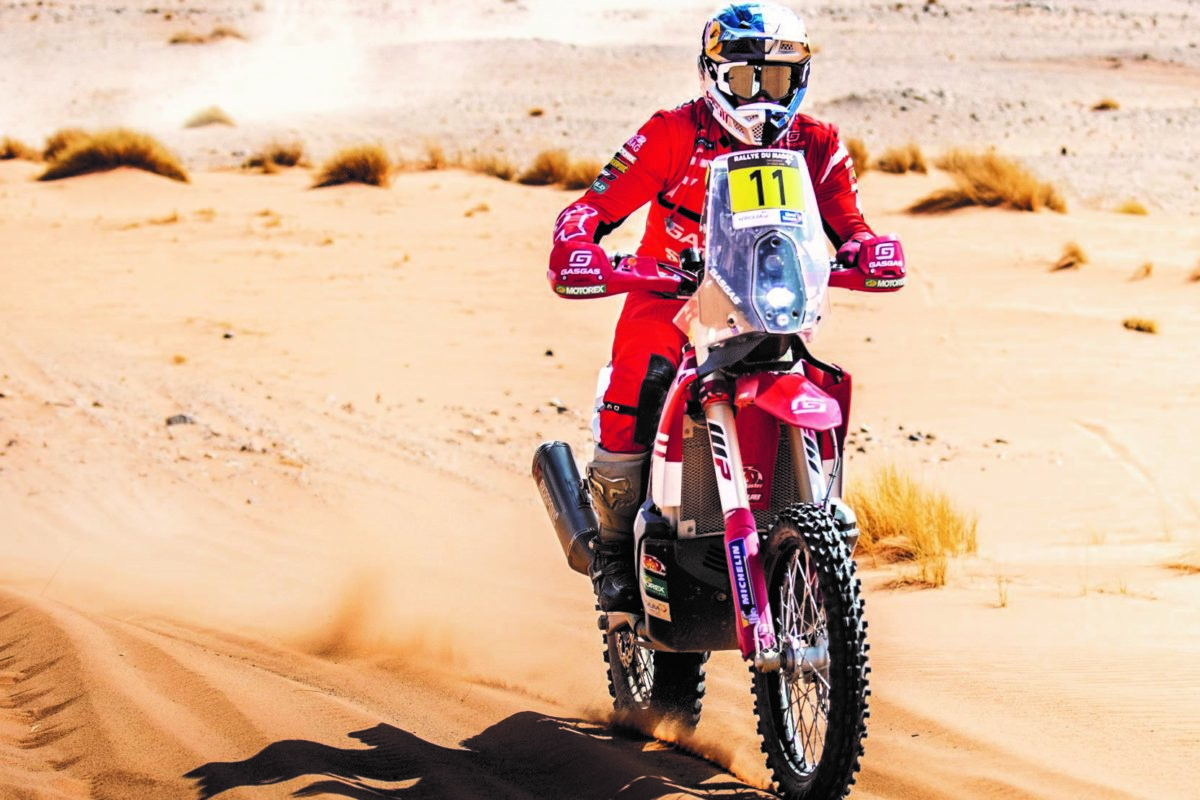 Australian Daniel Sanders has moved to third overall in the Rallye du Maroc with victory on Stage 4 of the FIM Cross-Country Rallies World Championship event.

Walkner, however, has taken the overall lead after Monster Energy Honda’s Ricky Brabec got lost on tracks which had been left from earlier stages.

The Austrian now enjoys a 37-second margin atop the general classification, with another factory Honda rider in Pablo Quintanilla next-best after claiming third on the day.

Sanders is 5:46s off the overall pace, while Brabec went from a 10-minute rally lead at the end of Stage 3 to fourth at another 1:48s back.

Quintanilla had been the initial pace-setter on Stage 4, but Sanders, Walkner, and Joan Barreda Bort (Monster Energy Honda) were all in the mix as well.

Sanders did not lead until the last waypoint before the finish, an advantage which he converted into the win after a tough Stage 3 when he was only 15th-quickest.

“Today I didn’t make any major mistakes and with the tricky navigation, you really had to focus. For sure I went off-line a few times but what was encouraging for me was that I got back on track quickly.

“The stage had a bit of everything today, which added to the challenge, and it seemed like every 20 minutes we were into something different whether it was sand, hardpack roads, or rocky sections.

“I’m now in a pretty good position overall and tomorrow I’ll lead out so I’m excited for the challenge and hope to end this rally with a strong result.”

Having bounced back in the most recently completed stage, the Austrian is looking at picking up solid points on the final day of the Moroccan event.

“It was a super long day again today,” said Walkner.

“I tried my best to push right from the start because on such a long stage like this you find the pace drops off a little by the end. I wanted to catch as many people ahead as I could.

“This event is always one of my favourites – the terrain here really suits me with its mix of dunes, and off-pistes, and fast tracks. It’s really good for my confidence too, and I knew I would be able to make up some time today and fight for the stage win.

“I go into tomorrow’s final day leading the rally and as the second rider into the special. Hopefully I can make it safely to the finish without any big mistakes and fight for a place on the podium.”

Barreda Bort was fourth on the day despite a heavy fall onto a boulder, with Joaquim Rodrigues (Hero Motorsports) fifth and Toby Price sixth. 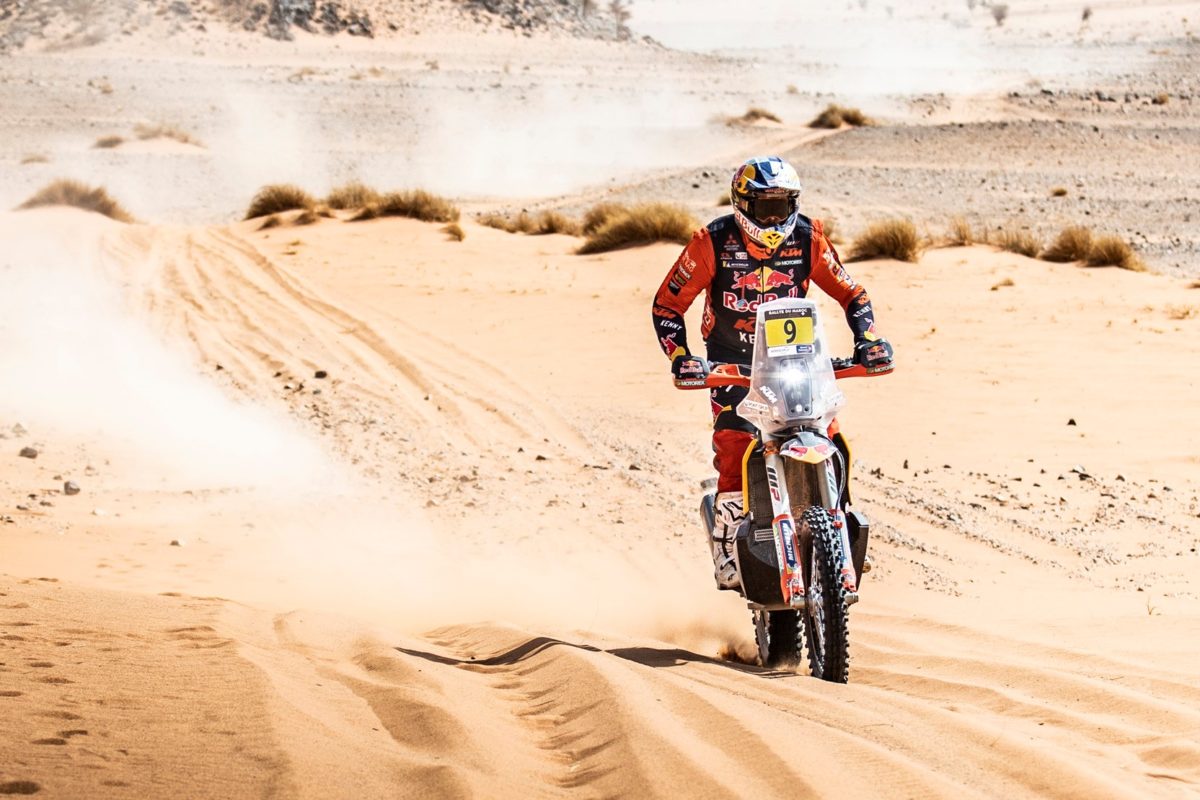 Price, in his return to two-wheel competition, had already dropped than 40 minutes when he got lost on Stage 1 and now occupies 14th overall.

“I made a few little mistakes near the start, before the refueling, but after I didn’t have any major issues.

“Matthias caught me around Kilometre 220 so I let him take the lead and just tucked in behind him to the finish. We kept to a good solid pace and was able to bring it home safely.

“I’m feeling good, looking forward to the last stage and ready to go.”

There was drama for another Red Bull KTM rider, with Sam Sunderland withdrawing from Stage 4 to illness and likely to sit out the final day of Rallye du Maroc.

At the factory Honda team, Jose Ignacio Cornejo sustained a chest injury in a “major fall” but made the stage finish 33 minutes off the pace and is set to contest Stage 5.

That final hit-out of Rallye Du Maroc has been shortened to a 166km special, with action getting underway tonight (AEDT). 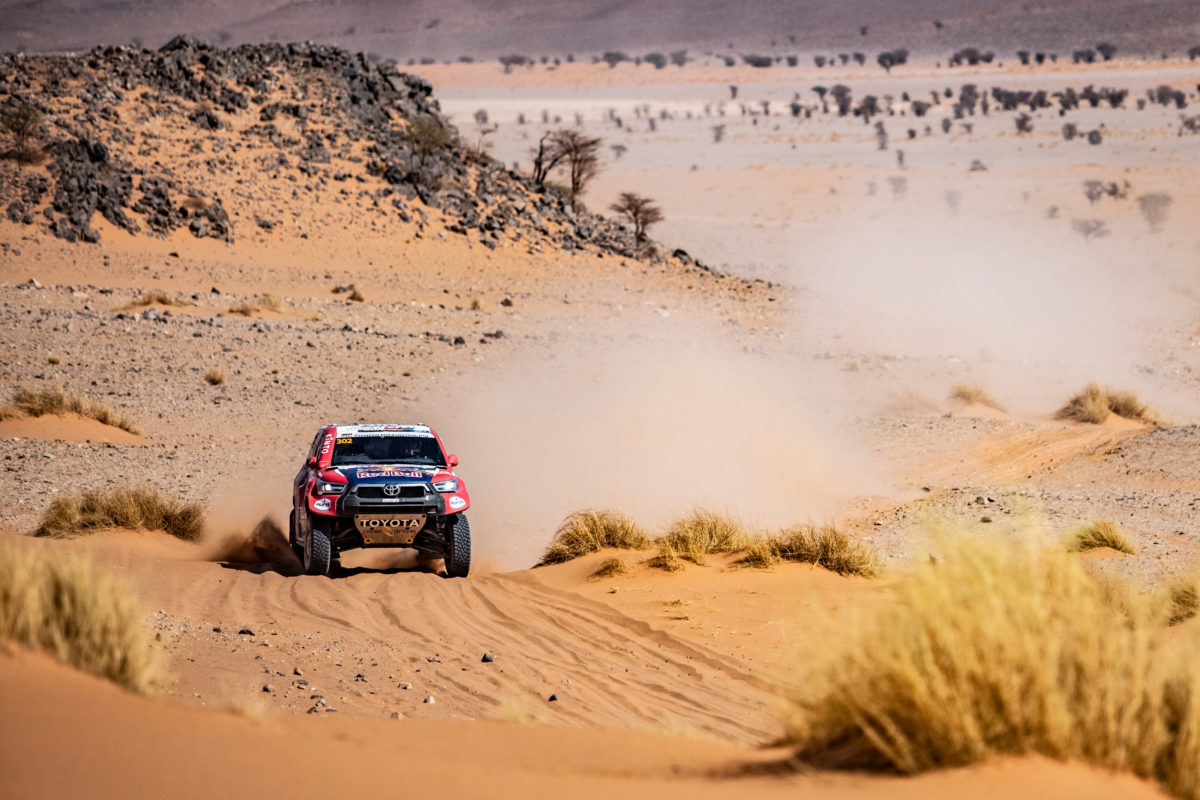