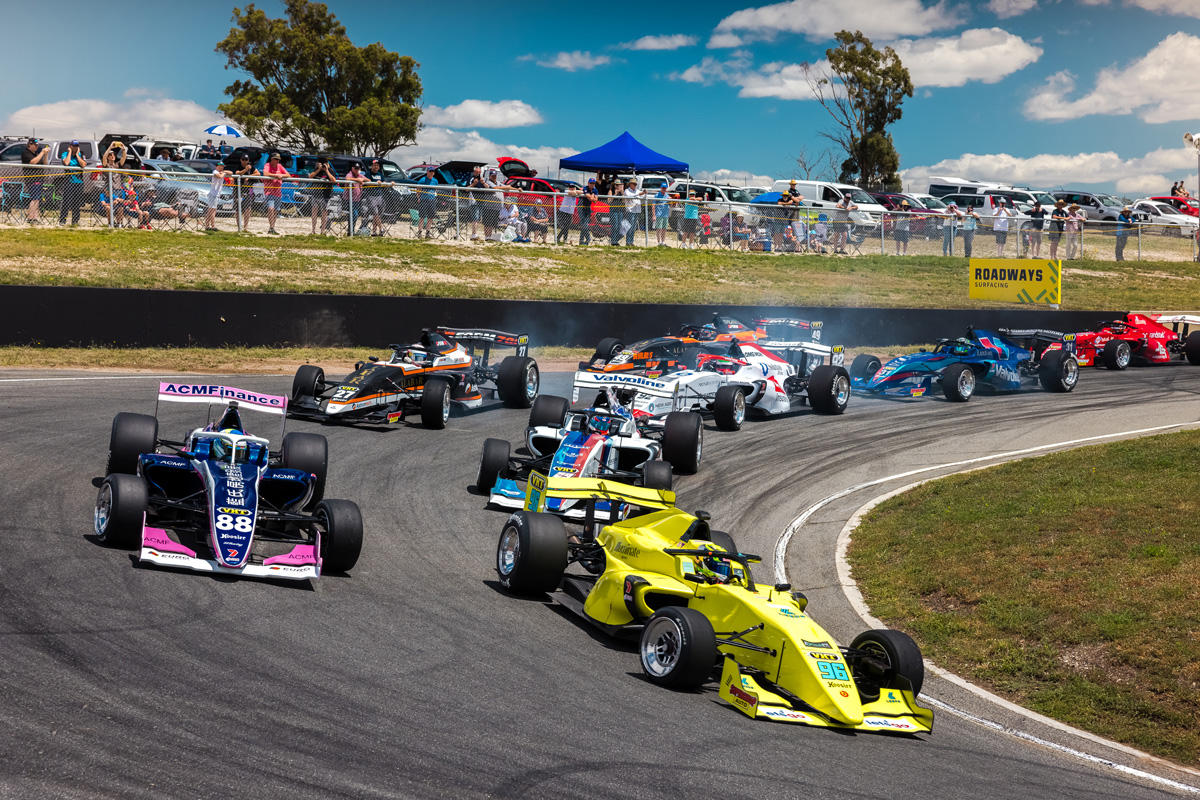 The fledgling S5000 category is focusing efforts to improve racing around developing its tyre package.

The first full S5000 Australian Drivers’ Championship was run across four events in the first half of this year; another two events will come before the end of 2021 to make up the Tasman Series, before another full campaign in 2022.

The open-wheel cars have often been lauded for their power and sound, but wheel-to-wheel action has at times been lacking.

Garry Rogers Motorsport team manager Stefan Millard said wholesale technical changes will not be made as the category focuses on building up its competitor base rather than creating additional costs that can otherwise be avoided at such an early stage in its history.

Instead, tyre tweaks are being looked at.

“Probably the one thing we’re looking at in the short term is whether we can make any improvements to the tyre package with Hoosier,” Millard told Speedcafe.com.

“[We’re] working with them, just to see if there’s any improvements we can make to the tyre to aid with following cars and just trying to minimise some of the understeer when you’re in a slipstream.

“There’s a few things you can do with construction that Hoosier are working on just to aid front grip, especially once the tyres get over temperature, which is a common problem when you’re following a car; you generally start to lose the front end because the tyres overheat because you have got less assistance from the front wing.

“So yeah, some small things there, but with where we’re at with the category, it’s important for us to have a stable technical ruleset just as we try to build our field and the competitors just so that in the short- to medium-term they know what they are going to be racing.

“I think the racing that we saw during the year was pretty competitive.”

On the whole, durability of parts has been considered a positive thus far for S5000, although Millard and his team are still striving for more.

“We have been quite lucky that everything has been pretty right,” he said.

“It’s just a few little detail things that either helps the mechanics work on the car or a few little reliability bits and pieces with the oil system and air intake stuff that we’re just working on at the moment for next season.

“Just I guess we have had the time [since the 2021 championship finished] to go over everything and just see how we sit after the first season. But nothing major, which was nice.

“It’s just a matter of trimming up a few little reliability [items] and ease of working on parts and having the competitors kind of know what they’re dealing with over the next couple of years.

“And then all going well, and I think there’s a fair bit of interest in growth in the series, once we get to that stage we can have a look at what that becomes for Mark II of the car or whatever that might look like. It’s still very early days.”

Millard also revealed the build of an 18th S5000 car has recently been completed.

The S5000 Tasman Series will open at Sydney Motorsport Park on November 19-21 and close at the Repco Bathurst 1000 on November 30 to December 5.