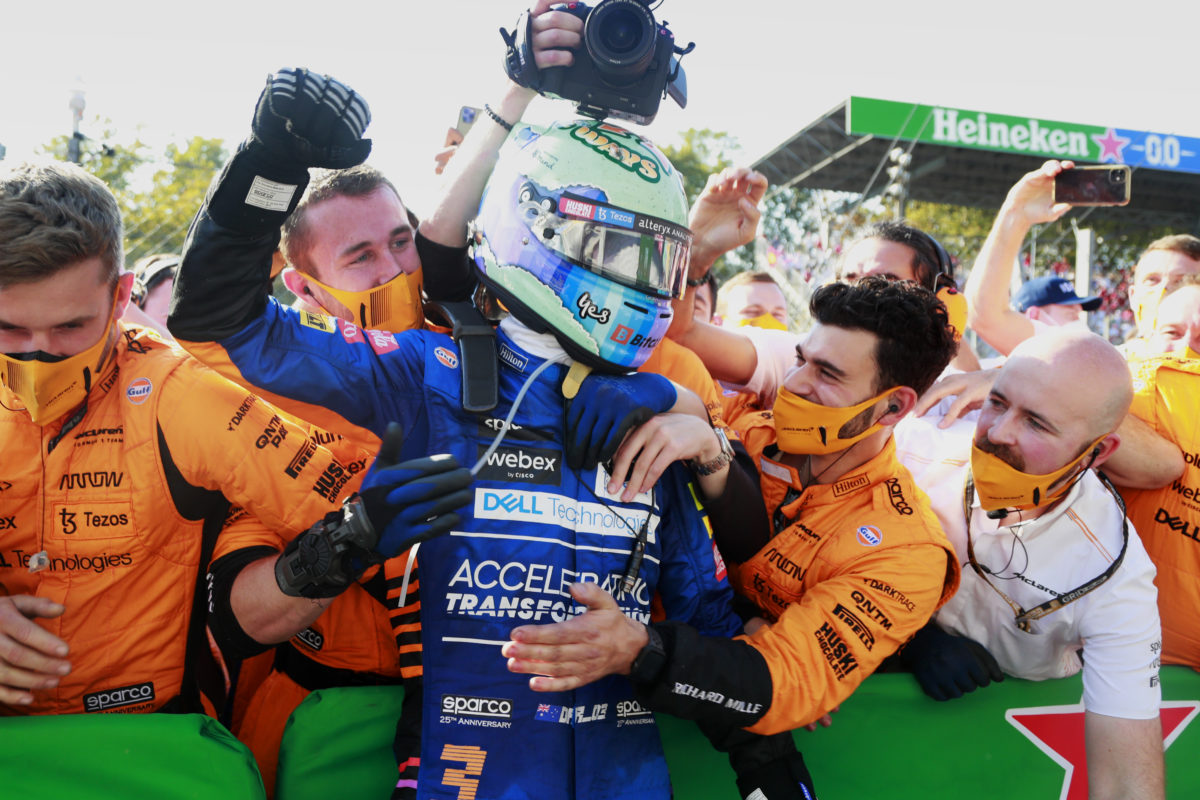 Daniel Ricciardo has underscored the importance of the relationships within a team as Formula 1 gears up for a 23-event 2022 calendar.

Set to be formally revealed later this week, next season is expected to get underway in mid-March and run through until mid-November.

It will be the longest campaign in the sport’s history, with two triple-headers kicking off the second half of the season.

In total it makes for 23 races squeezed into a 36-week period, which itself includes a three-week break in August.

“I think it’s really important for the team to have close relationships within other members of the team, because [we’re] away from families for long periods of time, especially the triple-headers,” Ricciardo said.

“You need to rely on your team-mates to help you out if you’re a little down or missing home, or whatever it is.”

While Formula 1 has largely continued throughout the COVID-19 pandemic, the freedom of movement for personnel within the paddock has been restricted.

That’s inhibited their ability to socialise away from the track, and even celebrate wins, aspects Ricciardo is hoping can be restored in time.

“I really hope next year the world keeps opening up and we can interact more with the team, and it’s not just at the track, but do some [social] events, do some dinners,” he said.

“I think that having that social life outside of the paddock on a race weekend helps break up the weekend as well.

“I think that’s an important time to switch off and just ease some of the stresses of the travel and the homesickness or whatever it is.”

The Australian went on to suggest that the travelling team also takes on a pseudo family role for one another given their time together on the road.

“I know how much I personally miss home and miss family, so having some close members in the team to fill the void is really important,” he said.

“I do miss these team dinners and things that we can do. Obviously, it’s harder now with COVID, but I do miss doing that.

“Just getting to know the people you travel the world with as well, 23 weekends a year, I think that’s also important.

“It’s kind of cool and nice to know as well; we all know we have F1 as an interest, but other things in life, like what makes us tick? What get us up out of bed when we’re not on a race weekend?

“Building these relationships I think is not only fun and enjoyable but it’s important.”

The 2022 season is expected to begin in Bahrain on March 20, with Australia to host Round 3 of the championship on April 10.