Newgarden: IndyCar champ Palou ‘Dixon-esque in a lot of ways’

Newgarden: IndyCar champ Palou ‘Dixon-esque in a lot of ways’ 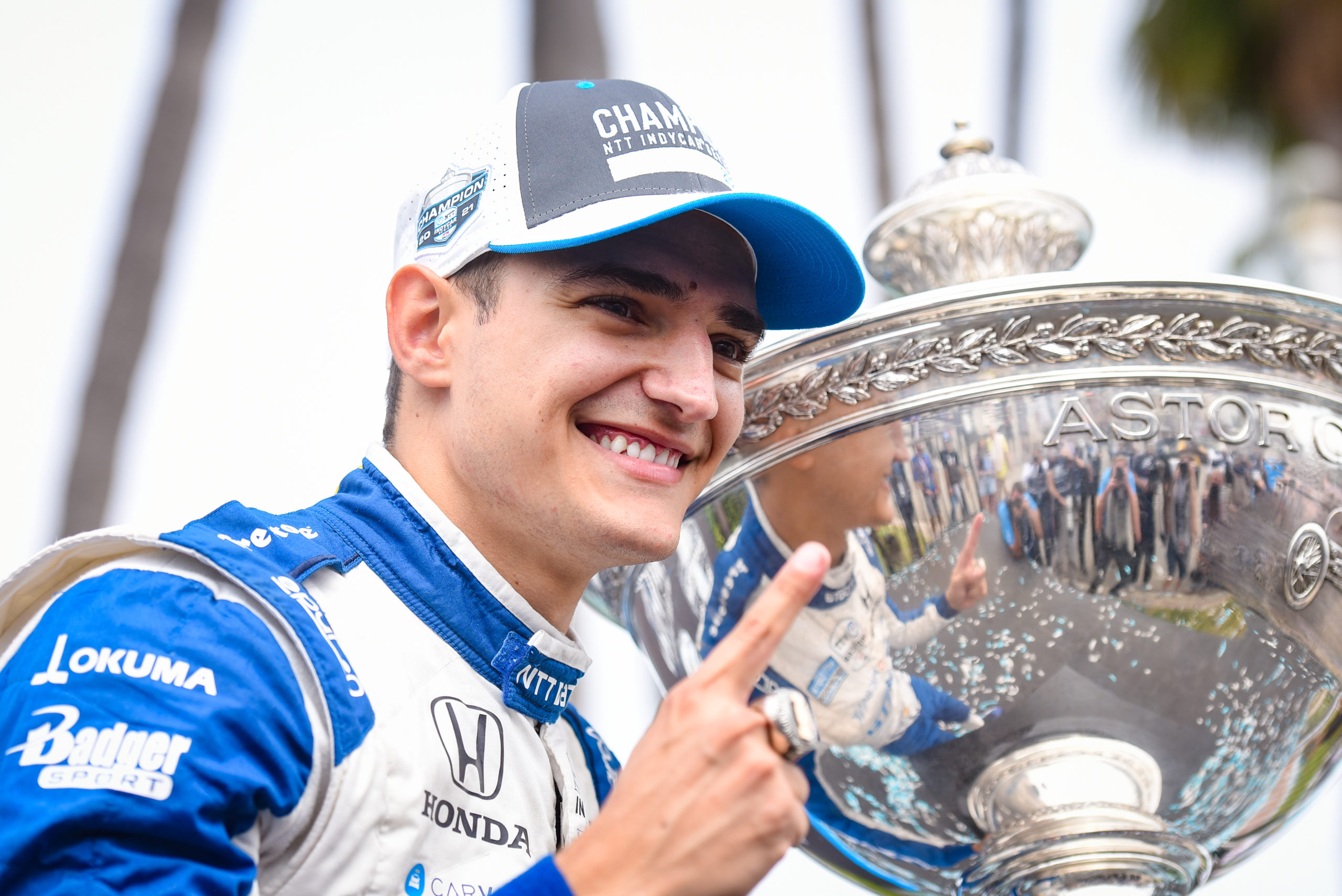 Last year Palou made his IndyCar debut with Dayle Coyne Racing, an effort supported by his former Super Formula squad Team Goh out of Japan.

The Spaniard claimed a podium in only his third race at Road America before going on to finish 16th in what was a coronavirus-afflicted season.

Palou wasted little time getting up to speed with the team, claiming victory in the 2021 season-opener at Barber Motorsports Park.

The 24-year-old would win twice more and claim an additional five podiums, cementing the series win on the streets of Long Beach last month.

Title runner-up Newgarden said it couldn’t have been a better situation for Palou.

“I think he’s done a good job about maximising his opportunity, right? Coming up, we all dream of having that type of team around you,” said Newgarden.

“Certainly within your second year, that’s a dream opportunity. So he’s certainly got all the resources and people around him to make it happen.

“He’s done the job, clearly. He’s been solid all year. Been well within the fight.

“I said earlier in the year I think from the young crop of drivers he looks the most complete. Maybe that’s just because he has a couple more years on a lot of the other younger guys. He’s definitely been very complete all year.

“[He] seems to be very Dixon-esque in a lot of ways. Scott has been sort of the measure over the last couple decades of how you be a champion. Alex seems to embody that pretty well.

“He could have a very good run over the course of his career. We don’t know. We’ll see. I’m sure he’ll have a lot of time to stick around and see what he can do.”

“He was definitely I think out of the shortlist of drivers they [Chip Ganassi Racing] had the possibility of filling that seat,” said Dixon.

“That was the guy I said, ‘You got to go for’. His progression has been, again, veteran-like, which has been really interesting.

“He definitely asks a lot of questions. He’s not shy to ask questions. But he processes it very well.”

Palou’s season wasn’t without its woes, despite only finishing outside the top 10 on four occasions.

Late in the piece, Palou suffered an engine failure at Indianapolis and was taken out at Gateway, surrendering his points lead.

Dixon was impressed to see how the youngster bounced back, winning at Portland.

“I think as we’ve seen throughout the season, just the kind of lows that they’ve had maybe, not many lows, but the way that they’ve reacted to it as a group,” said Dixon.

“He’s had a lot of help obviously from the whole group of Ganassi, especially on the engineering side, but then also with Dario [Franchitti], with the other drivers.

“He soaks it up and he processes it very well. The progression has been quick and fast. I think his natural talent, that’s the biggest thing you look for, right? It’s the easiest.

“The speed is what you need most. Sometimes you need to contain that and make sure it turns into results and not crashes. He does that very well anyway.

“The process was quick and fast. You could even see that through the westbound, if it was a new track, a track he didn’t know that well, he would methodically go through it from session to session. That was definitely very impressive.”

Palou is the first Spaniard to win the IndyCar Series title.