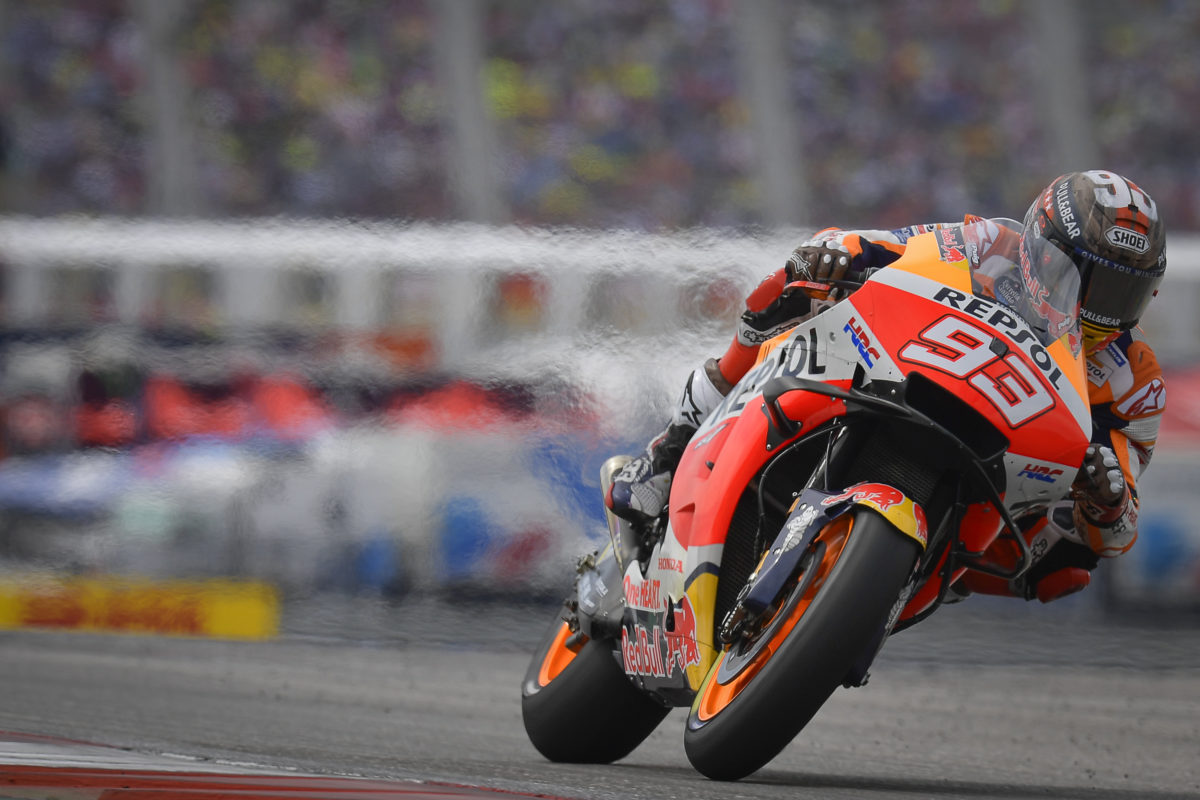 Marc Marquez says he is still missing his “special feeling” with his Honda despite picking up a second win of his comeback MotoGP season.

Marquez missed all but the opening race of 2020, having crashed violently on that July afternoon at Jerez, and is still not back to his best since returning to competition in Round 3 of the current campaign.

He did not stand on the podium until his sixth round back, when he won the German Grand Prix, but now has two more in the last three rounds, including victory last time out at the Grand Prix of the Americas.

“This season for me is a really strange and hard season,” admitted the six-time premier class champion.

“I need to keep working, keep pushing because it’s still far, the feeling; the special feeling is still is not there with the bike.”

Marquez remains well below his physical peak, although his issues are less significant at anti-clockwise circuits given he is more often leaning away from his weakened, right-hand side than not, when cornering.

The Repsol Honda rider’s first win of 2021 came at the Sachsenring, which barely has a right-hand corner, and he very nearly stole victory from Francesco Bagnaia when he was runner-up at Aragon, another anti-clockwise circuit.

The third such track on the calendar was the Circuit of The Americas (COTA), where Marquez had already won six times in the only seven previous MotoGP races there.

He would qualify on the front row for the eighth premier class race at COTA and lead all 20 laps, for the most part apparently cruising on his way to a 4.7s victory over championship leader Fabio Quartararo.

Marquez revealed afterwards that it was the first race all year which he expected to win.

“With three laps to go, I nearly crashed at Turn 6, but it’s true that I was so concentrated,” he recounted.

“The fact that I pushed hard for only three, four laps [meant that] when I saw that the distance was there, the gap was increasing, then I was able to ride in four-eight [2:04.8s], four-high in a constant pace because [there] was so [much] margin.

“I had the margin to be a little bit faster but I was riding really good and it was my intention.

“I mean, it was the first race that I come here with the intention of fighting for the victory and I said that already at the press conference on Thursday, and the weekend was good. Friday was really good, Saturday so-so, but [Sunday] was better.”

Marquez is seventh in the championship ahead of the third-last round of the season, the Emilia Romagna Grand Prix, on October 22-24 at Misano.