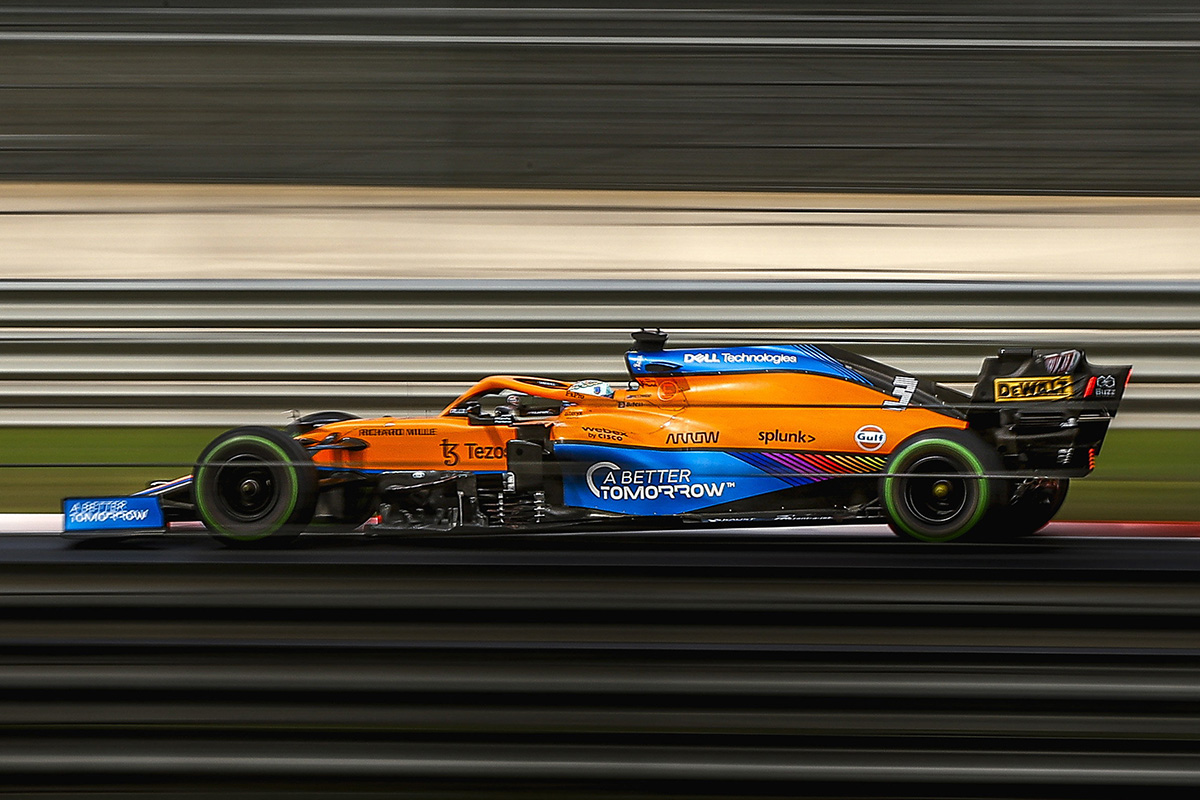 An attacking drive for Daniel Ricciardo in the Formula 1 Turkish Grand Prix left the Australian struggling in the final stages.

Having started 20th owing to a power unit penalty after qualifying, Ricciardo made progress into the back end of the midfield in the early stages.

“I think we had maybe four laps in the race where we had good pace but the rest was hard,” the Australian said.

“In the beginning we struggled a lot with front grip, so it was really hard to stay close to the others, and then we pitted for a new tyre.

“After that I didn’t have great rear grip to start and was struggling but after a while it came good.

“We had probably four good laps in that stint where I could feel like I could really push on the tyre, which was what I was looking for.

“Of the entire race, that was the positive,” he added.

“I got a bit excited because I thought maybe it will just keep getting better and better, but it lasted four laps and then the rear dropped away again, so the last 10 laps were a bit painful, just trying to hang on.

Riccardo enjoyed comparatively consistent pace during his second stint, only for that to drop way from Lap 50.

“We tried to pit early, try something different because you’re stuck [behind] other cars, because the pace he had, he couldn’t overtake,” explained McLaren team boss Andreas Seidl.

“I think by this different strategy we jumped a lot of cars, but then unfortunately he, in the end of the race, simply ran out of tyres.

“If you look at his tyres, how they look like in parc ferme after the race, they were just dead,” he added.

“But also, an additional pit stop wouldn’t have changed the situation, so we tried to hang on.”

He rejoined, having lost two places on track, before rising to 11th as others took their stops later in the race.

However, pushing hard on his second stint in the pursuit of a top 10 result saw him take too much from the tyres.

“In the end, with the lack of pace we had he just pushed as much as he could to see if there’s any chance to get out to move forward and finish the race in the points,” Seidl explained.

“I guess by that he’s simply killed the tyres because there was a lot of time management required today for everyone who was out there.”

On Lap 53, Ricciardo found himself less then six seconds adrift of 10th placed Esteban Ocon, who hadn’t stopped and was struggling for pace.

However, by that point, the rot had set in.

Rather than closing on the Alpine driver, Ricciardo instead fell into the clutches of Giovinazzi and Raikkonen.

The Alfa Romeo Sauber duo found a way by on Lap 56, Ocon holding on to 10th as the Australian slipped to 13th.

“Obviously, we were fighting for the points and that strategy was our best chance, but it was just really unpredictable,” Ricciardo said.

“I know others went longer, with one going the entire race on one set, but at the end I saw my tyres and they were on their last legs.

“Unfortunately, it wasn’t a strong race but we’ll try to analyse it.”

The Istanbul Park circuit highlighted the weaknesses in the McLaren MCL35M, which has shown itself to be unsuited to circuits with long corners requiring high downforce.

Lando Norris in the sister car was only capable of seventh, one spot up from Carlos Sainz who’d lined up 19th – alongside Ricciardo on the back row.

With Charles Leclerc fourth in the other Ferrari, the Scuderia scored 16 points to McLaren’s six, leaving the two squads separated by just 7.5 points in the constructors’ championship.

“We have achieved everything that was in our hands today, or on the table for us,” Seidl declared.

“When I see how the race went for us, I guess in terms of strategy we did the right thing; we had solid pitstops, the drivers kept on the track, and in the end they gave us a result, P7 and P13.

“There was simply not more possible.

“We have to accept the result from today simply as a result of the performance we had in the car this weekend.

“We knew it was a tough track for us, so look forward to go to Austin [which] should probably suit our car better again.”