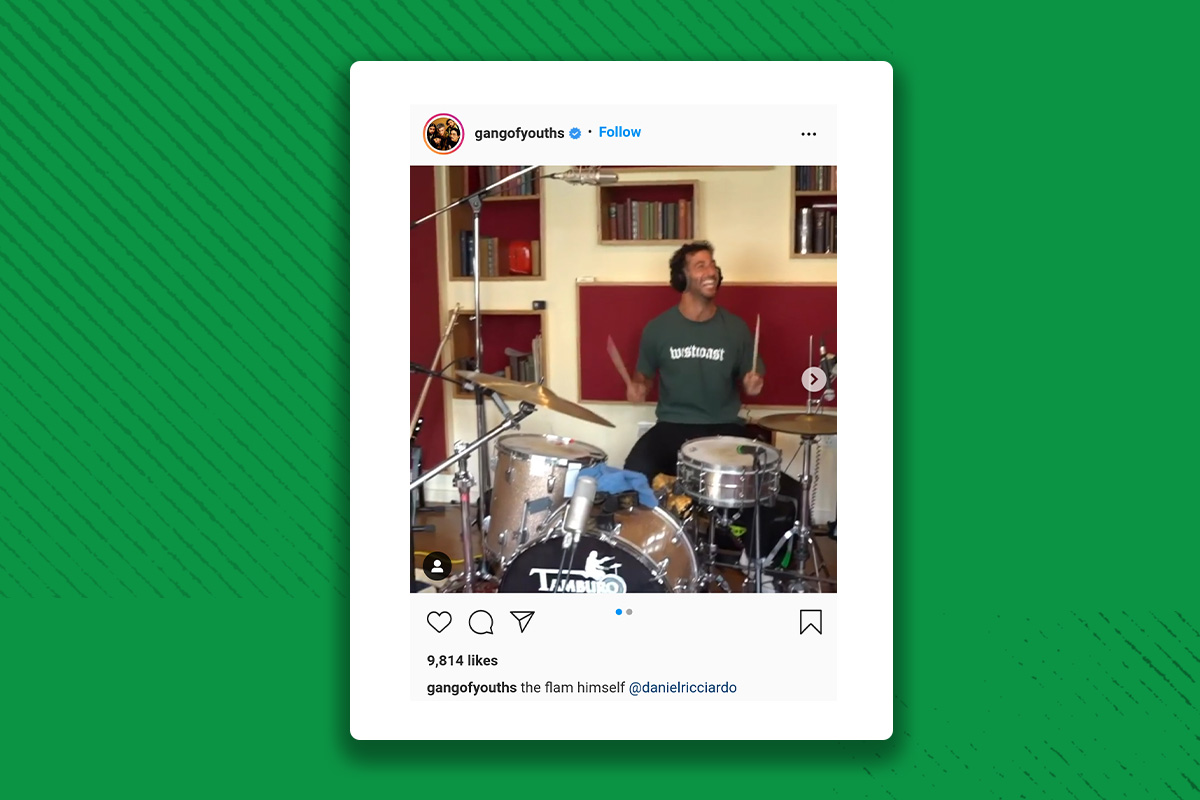 Daniel Ricciardo has dipped his toes into the world of music-making with award-winning Australian band Gang of Youths.

This week the band established out of Sydney debuted a new single, ‘the man himself’, ahead of its expected third studio album release.

Ricciardo features on the single, listed as ‘percussion’ for what is the first song on the new album.

In a post to social media, the band shows Ricciardo in studio and playing drums.

“Thiis song would not be what it is without the help and talents of each and every one of these people,” the band wrote.

The post, featuring Ricciardo in the song credits, drew a response from Ricciardo.

“This makes me happy,” he said.

Reports indicate the track was recorded after the band moved to London in 2017 at their own studio in Hackney.

Although not widely publicised, Ricciardo has a keen interest in music.

Ricciardo is a part-owner in a London music venue with Mumford & Sons keyboardist Ben Lovett.

Ricciardo is also a Beats by Dre ambassador and often posts his favourite songs to social media.

Listen to the new Gang of Youths single below.