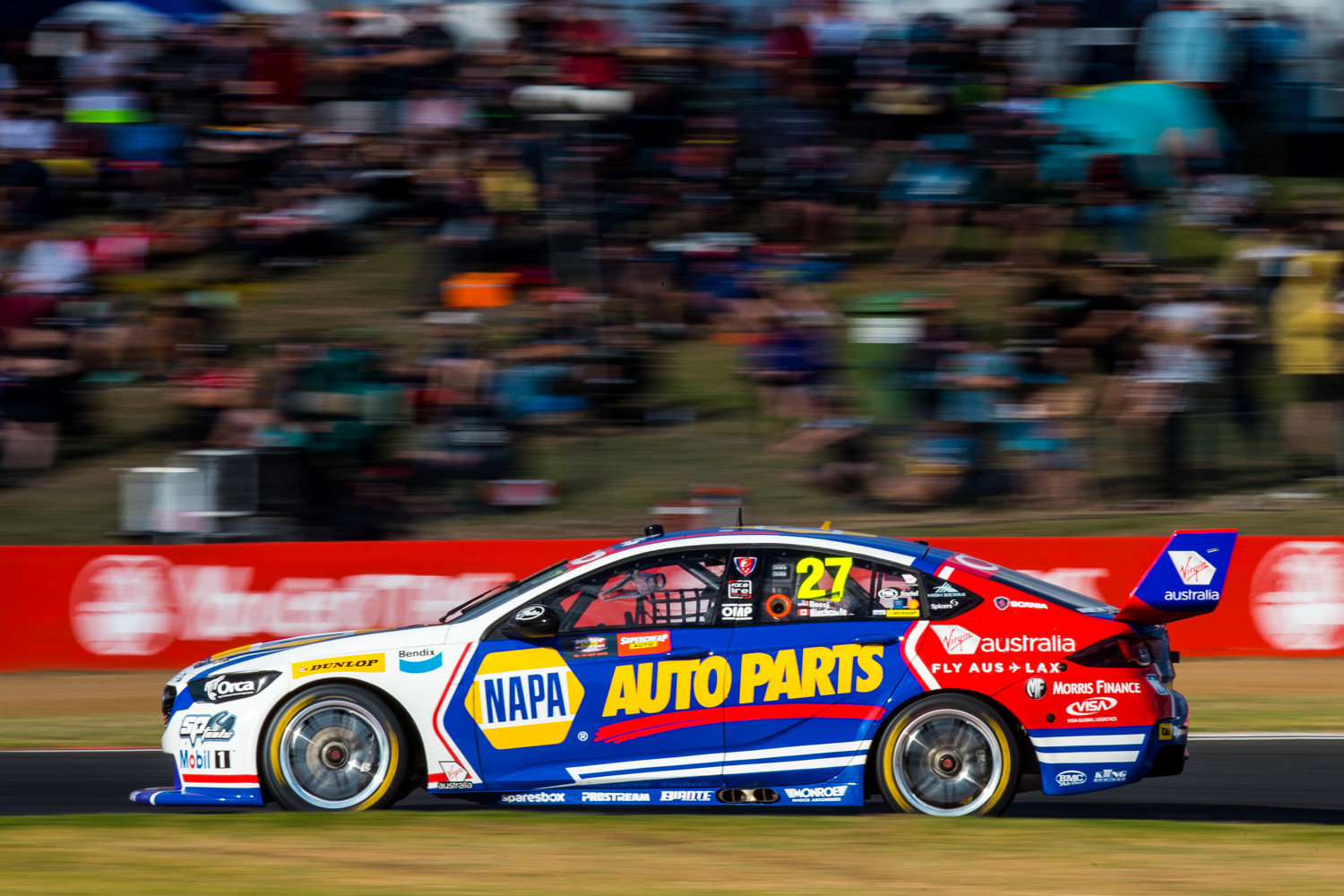 Andretti Autosport’s Alexander Rossi is adamant he’ll have another crack at the Repco Bathurst 1000 in years to come.

The 2016 Indianapolis 500 winner has one start to his name in the Great Race.

That saw him drive alongside James Hinchcliffe in the 2019 edition of the Supercars Championship endurance classic.

Driving a #27 Holden ZB Commodore as part of a Walkinshaw Andretti United wildcard, Rossi and Hinchcliffe finished two laps down in 18th after spinning late in the piece.

Reflecting on his one and only start, Rossi said he was underprepared coming from the high-downforce IndyCar Series to the low-grip, low-downforce touring car championship.

“I loved every minute at Bathurst, except looking at the timing sheets at the end of every session,” Rossi laughed, speaking with Speedcafe.com.

“It was a really hard experience that I don’t think James or I ever got a handle on, but loved the opportunity and definitely will come back one day.

“It’s something that I need to devote quite a bit more time to and definitely come back a little bit better prepared than I was the first time around.”

Less than 12 months on from his Bathurst 1000 cameo, the world was engulfed by the COVID-19 pandemic.

That put the brakes on any chance of a second wildcard in 2020, though Rossi said he’s keen to explore future options with Walkinshaw Andretti United.

“Obviously, with the relationship that exists with Walkinshaw and Michael Andretti, there’s a built-in opportunity, which is pretty cool,” Rossi explained.

“Michael and I talk about it and it’s something that’s on both of our radars at one point in the future. We’ll just have to wait and see.”

Rossi said he became close with then DJR Team Penske Supercars drivers Scott McLaughlin and Fabian Coulthard in 2019 and 2020 when he drove for Acura Team Penske and its IMSA SportsCar Championship programme.

Now Rossi has found himself racing alongside McLaughlin in the IndyCar Series.

The 2018 IndyCar Series runner-up said Supercars is just as competitive as the North American single-seater series, with which he helped McLaughlin get up to speed in the United States.

“I became pretty good friends with Scott when I was driving for Acura Team Penske on the IMSA side of things here in the States,” Rossi explained.

“I got to know Scott and Fabian pretty well, so I was paying close attention to what they were doing. They were kind of pseudo-team-mates in a way.

“And then when Scott came to America I kind of stopped paying attention [to Supercars] honestly. But it is a series that I love to watch highlights of.

“It’s a series that I think is as competitive as IndyCar, which I think is something that both championships are both very proud of, just the amount of competition that exists.”

Rossi will continue with Andretti Autosport in the 2022 IndyCar Series, alongside Colton Herta and high-profile recruit Romain Grosjean.

Canadian youngster Devlin DeFrancesco has been linked to the team’s fourth seat, which would see him replace Hinchcliffe.