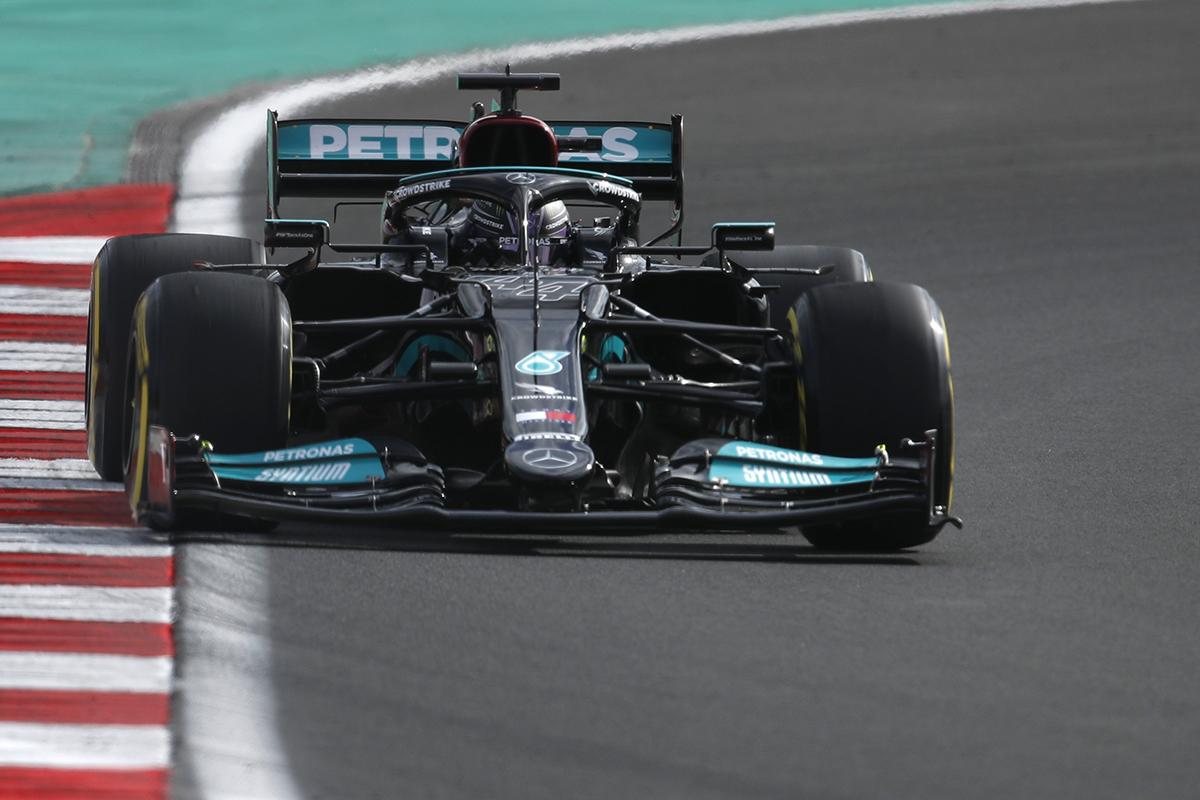 The Mercedes pilot was left bemused after setting the fastest time in qualifying only for it not to be officially counted as pole position.

The world championship leader will take a 10-place grid penalty for Sunday’s race, demoting him to 11th.

As a result, team-mate Valtteri Bottas will be promoted to pole, and be officially recognised as such in the history books despite being only second fastest in the session.

Nevertheless, Hamilton was satisfied with how his qualifying session progressed, and that he was able to mitigate the impact the penalty he’ll take.

“In general the team have performed incredibly well this weekend, just very, very precise with timings,” he said.

“The car felt good since we arrived this weekend and we’ve made small adjustments to the setup, but as the track was drying up it was getting better and better.

“We knew was going to be difficult being that we had this penalty we took yesterday, and tomorrow it’s not going to be easy to fight my way through, but when there’s a will, there’s a way,” he added.

Though aware he was set to take a penalty early in the weekend, Hamilton claimed he has not adopted a different setup approach in an effort to aid his progress through the midfield.

“I’ve a standard setup – well, I mean it’s not standard, it’s a special set up, but just the same [as Bottas]. We pretty much have the same car,” he explained.

It’s left him hopeful that he has a solid car at his disposal as he looks to defend the slim two-point championship advantage he holds over Max Verstappen.

“The car was really good in race trim, we had quite good balance,” Hamilton said.

“I think that the track is very aggressive on the tyres so it’ll be interesting to see how it works for everyone tyre wise.

“But getting past people is not going to be easy.

“You saw in the last race how difficult it was in the DRS train and no doubt that will be something similar tomorrow, but it’s a long race.”

Forecasts do predict rain in Istanbul on Sunday morning, though the chance diminishes as the day wears on.

“[I] hope there’s some rain that comes along, it was actually surprising how fast the track is on wet tyres – probably faster than any other track we’ve been to in the wet so we interesting to see how that plays out tomorrow,” Hamilton said.

The Turkish Grand Prix gets underway at 23:00 AEDT on tonight.