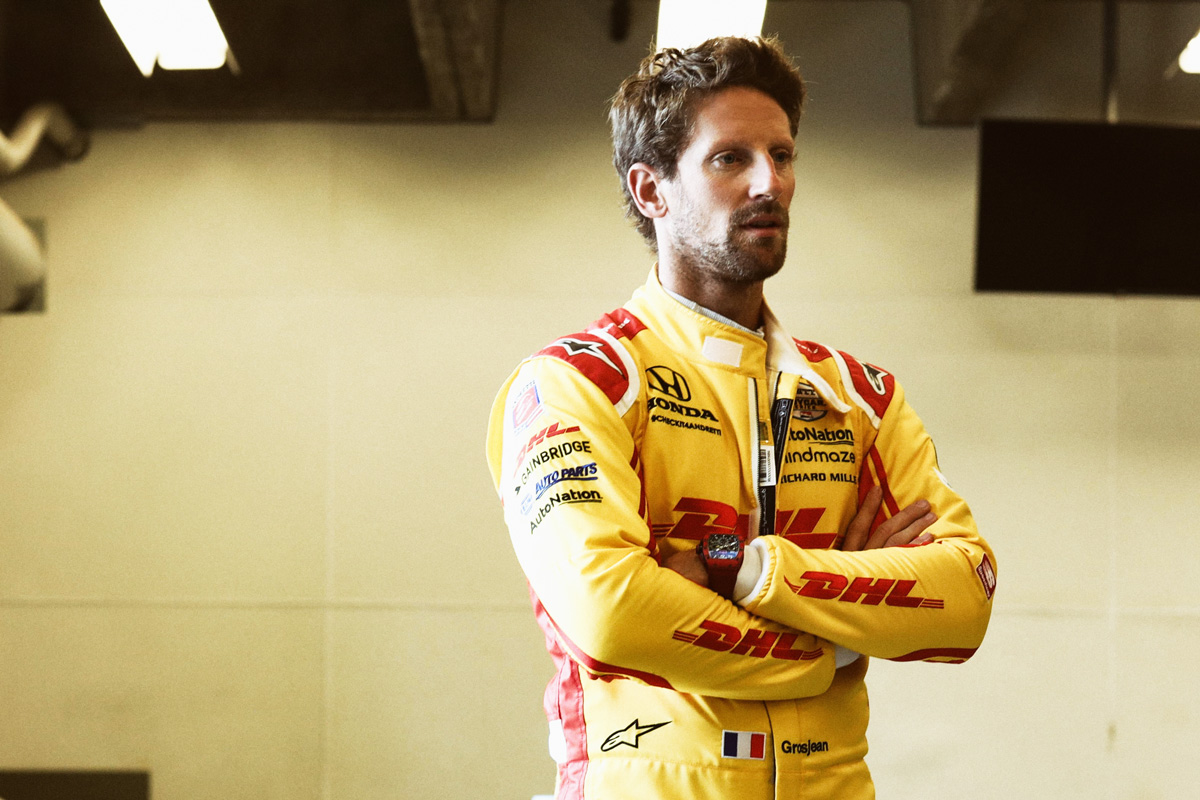 Romain Grosjean is optimistic of what’s to come next in his IndyCar Series career following his maiden outing with Andretti Autosport.

The ex-Formula 1 veteran will drive for the iconic organisation in 2022 on the back of a fine rookie campaign for Dale Coyne Racing with Rick Ware Racing.

During the week, Grosjean took to the revered Indianapolis Motor Speedway oval to get clearance to contest the 2022 Indy 500, a mission which was successful.

It also gave him a taste of life at the track with his new squad.

Of particular satisfaction to Grosjean was a clear willingness to allow him freedom, as opposed to limiting him to a prescribed approach.

“They also are very interested in understanding what we were doing with our car, how could we be so fast,” added the 35-year-old.

“Yes, I mean, it’s a big team, but also I like the fact that inside the team you can fly with your own wings.

“It’s not, like, super rigid where you cannot do anything. It’s not necessarily that what I want to have.

“I feel like we’ve got all the resources we want, but we can also do our work on our side.

“If it doesn’t work, we have the chance to revert back to someone else. If it works, feels like we can be onto something cool.”

Grosjean will team up with proven front-runners Colton Herta and Alexander Rossi at Andretti next year, with rookie Devlin DeFrancesco tipped to score the fourth seat.