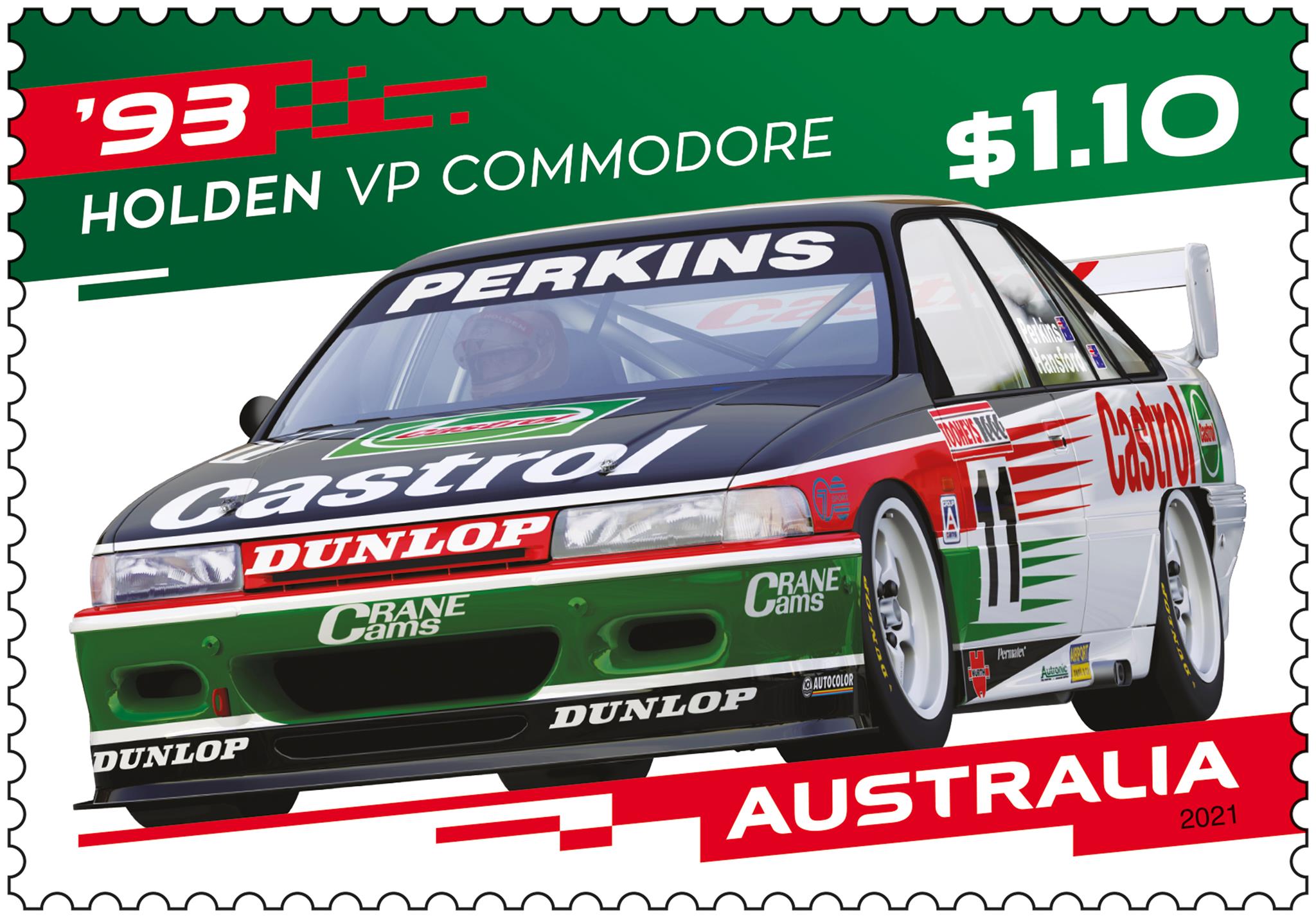 The 1993 Holden VP Commodore of Larry Perkins and Gregg Hansford.

Australia Post has released a set of stamps to celebrate 70 years of Holden success at the Bathurst 1000.

The first stamp features the LJ Torana XU-1 which Peter Brock took to victory in the 1972 Bathurst 500, the last of the 500-mile races.

The collection includes the iconic Castrol-backed VP Commodore of Larry Perkins and Gregg Hansford that they took to victory in 1993.

Also featured is the famous 1996 race winning VR Commodore of Craig Lowndes and Greg Murphy, marking the first of many Bathurst 1000 wins for the pair.

The 2001 Bathurst 1000-winning VX Commodore driven by Australian touring car icons Mark Skaife and Tony Longhurst is the penultimate piece of the set.

Last but not least is Holden’s latest win and its last in a factory capacity, depicting the ZB Commodore taken to the 2020 win with Shane van Gisbergen and Garth Tander.

The stamp release comes on the eve of what was to be the last Bathurst 1000 featuring the Holden brand.

However, owing to the COVID-19 pandemic, that will have to wait until November 30-December 5 when this year’s Bathurst 1000 takes place.

Next year, the Holden ZB Commodore will be replaced by the Chevrolet Camaro under the new-for-2022 regulations dubbed Gen3.

The stamp release titled ‘Holden’s Final Roar’ features artwork by one of the marque’s most well-known designers Peter Hughes.

Hughes was responsible for some of Holden’s most iconic liveries and led the design of the VE Commodore.

Hughes has remained part of the fabric in Supercars despite Holden’s departure from the motoring and motorsport landscape in a manufacturing capacity.

He has long designed the Walkinshaw Andretti United entries and in recent years began working with Triple Eight Race Engineering. 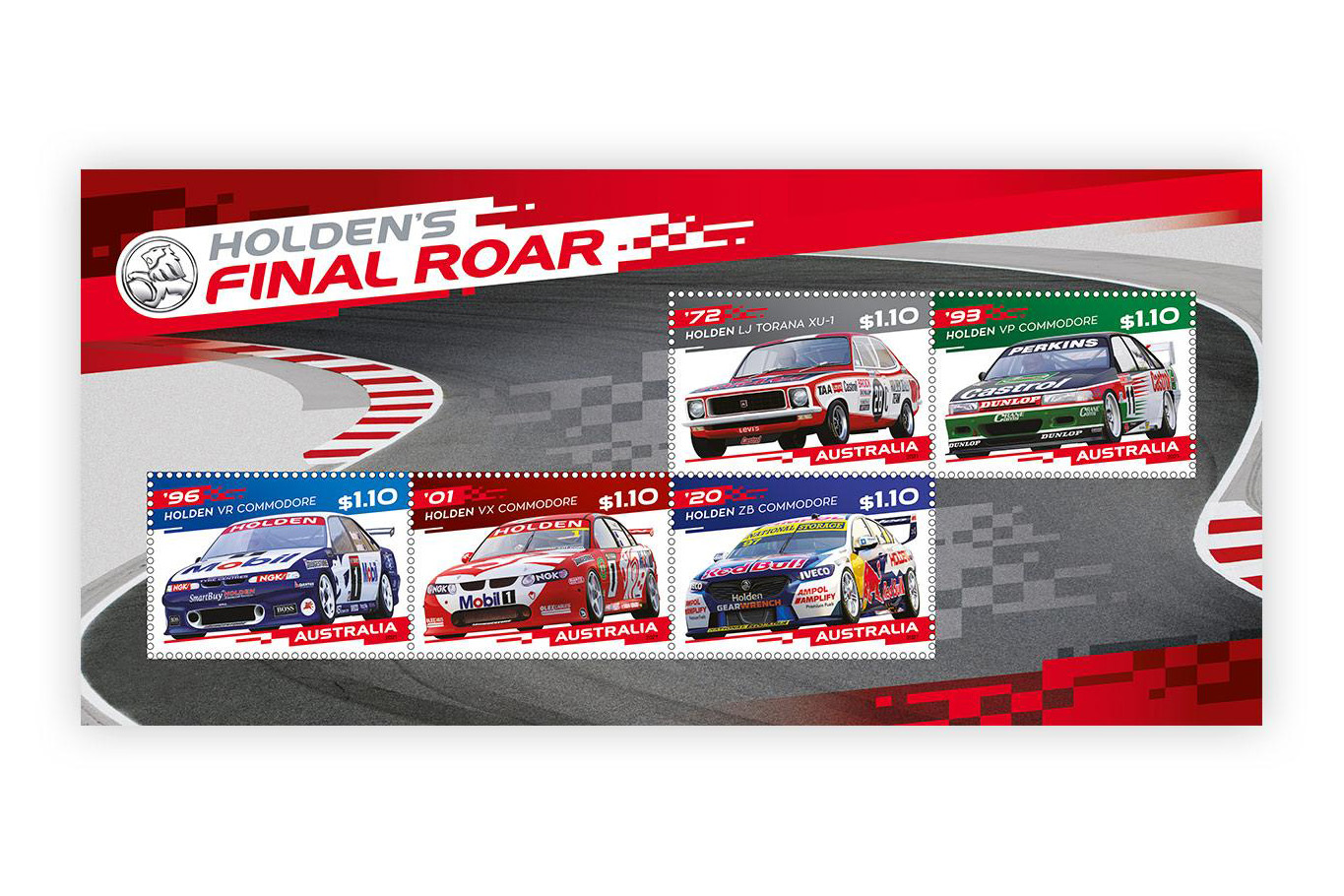