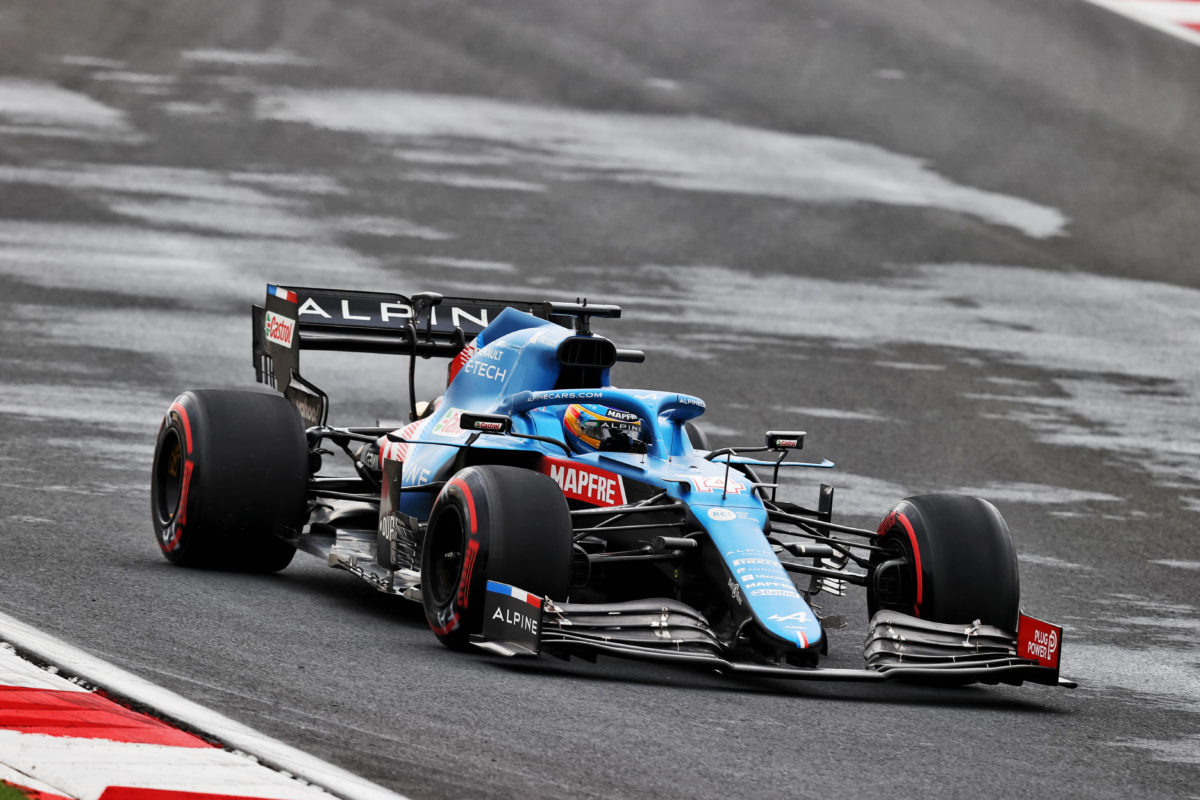 Fernando Alonso will line up fifth for the Formula 1 Turkish Grand Prix after officials took no further action following qualifying.

The Alpine driver was summoned following the 60-minute session amid allegations he did not respect double-waved yellow flags.

However, following the hearing it was decided no further action was necessary.

“It was evident that the driver fulfilled the requirement of reducing speed significantly after the double yellow flags were displayed and therefore complied with the provisions set out in Art. 2.5.5.b) of the FIA International Sporting Code,” the stewards noted.

“Nonetheless, Note 7.1 of the Race Director’s Event Notes require drivers not to set a meaningful lap time in a double yellow flag situation.

“Taking into account the fact that the yellow flag situation occurred at the time the driver started his first timed lap of the session and noting that the driver was fully convinced that he did not set a meaningful lap time as his next flying lap was approximately 3.5 seconds faster than the one when the yellow flag situation occurred, the Stewards are satisfied that the driver complied with the relevant regulations and take no further action.”

Alonso qualified sixth fastest but will line up up fifth after Lewis Hamilton drops to 11th following an engine change.

It makes for the Alpine driver’s best starting spot since he raced for Ferrari in 2014.

“It felt good today and I am happy with the result,” the Spaniard said.

“The car felt fast, and I think we made the correct choice on which tyres to use in all of the sessions.

“We were also fast enough to qualify on the medium tyres in Q2, which was a nice luxury to have.

“We seem competitive so I think we have a good chance to score points tomorrow.

“I think strategy will be key, as we saw tyre graining was quite high in dry conditions.

“We’ll be looking at the weather forecast and take it step by step.”

Rain is expected on Sunday morning in Istanbul, with conditions easing throughout the day.