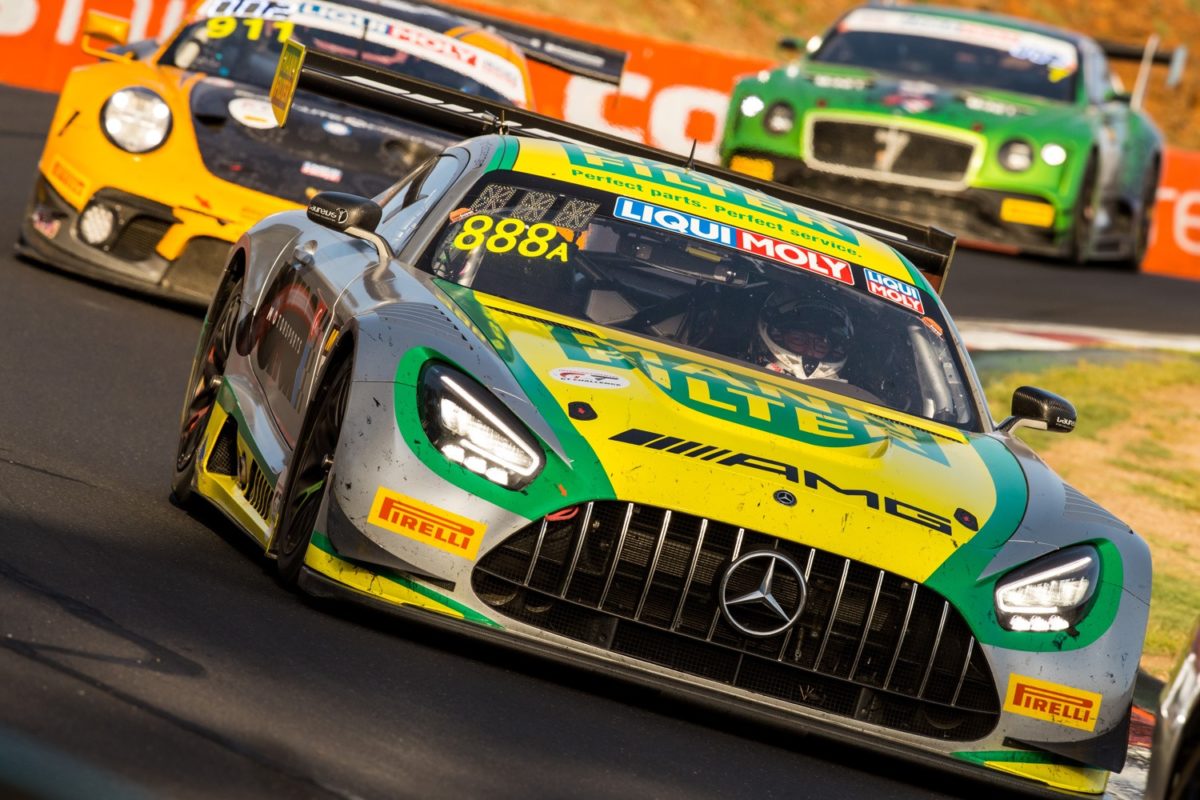 The Bathurst 12 Hour looks set to return in 2022 following the announcement of a date for next year’s event.

Organisers of the Intercontinental GT Challenge revealed a four-event competition, starting at Mount Panorama in March.

Noted as ‘To Be Confirmed’, March 18-20 is listed for the once-around-the-clock challenge – a departure from the traditional early-February date.

“I’m very pleased to say that we are announcing a date for next year 18-20 March in Bathurst.

“It’s later than usual but it should give teams more time to prepare.

“Of course, the travel situation is improving in Australia and we are very confident that it will be possible to travel to Australia by the end of March, that is a very important event in our calendar.”

Questions had been raised over the 2022 event after this year’s race was cancelled due to the complications of international travel.

Instead, the opening round of the Supercars Championship took to the Mountain in a sprint race format.

Following the 2022 Bathurst 12 Hour is the 24 Hours of Spa, the blue-riband event for GT racing set to run across the July 28-31 weekend.

Indianapolis and Kyalami round out the campaign in October and November respectively.

The 2021 Intercontinental GT Challenge is set to host its second round next weekend at Indianapolis, before concluding in South Africa in December.