The new look for two models of V8 SuperUtes has been revealed.

Sieders Racing Team (SRT) has crafted wheel flares for its Mitsubishi Tritons and Toyota Hiluxes ahead of Round 2 of the Haltech V8 SuperUte Series, at Sydney Motorsport Park later this month.

The new bodywork is designed to close up the wheel arch gap which the utes raced with at The Bend back in May, the first round of the V8 era.

The new powerplants were not the only technical change in the category for 2021, with the dual cabs now riding on 18-inch wheels wrapped in Yokohama Advan A050 tyres instead of 20-inch hoops.

While the change of wheel and tyre specification was motivated by several factors, including safety and driveability, it also made for some quirky aesthetics.

Individual teams are said to have been working on their own solutions, with SRT boss Luke Sieders saying his was a relatively straightforward one.

“It was as simple as doing a flare on them that you’d normally see on like a Commodore or a Falcon,” he told Speedcafe.com.

“I’ve basically grafted a smaller sedan- or saloon-type thing to the current ute ones, and it actually works and fits quite nicely.”

Sieders, who doubles as V8 SuperUtes’ technical advisor, confirmed also that a change to the rear shock absorbers has been implemented ahead of the resumption of the season, after drivers experienced suspension rebound issues at The Bend.

“The rear end was a simple fix; it was a re-valve of the rear shocks,” he explained.

“We knew what we needed to do on the days travelling to Tailem Bend; it’s just that we didn’t have the time to turn all the cars around for that.

“So, that’s all been done post-Tailem Bend; I think it was all done a fortnight after that event.”

Round 2 of the V8 SuperUte Series supports the Bunnings Trade Sydney SuperNight on October 29-31. 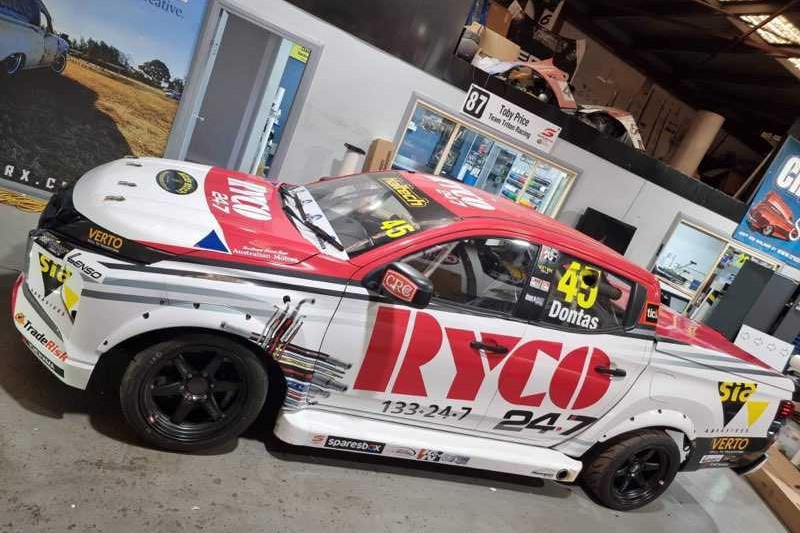