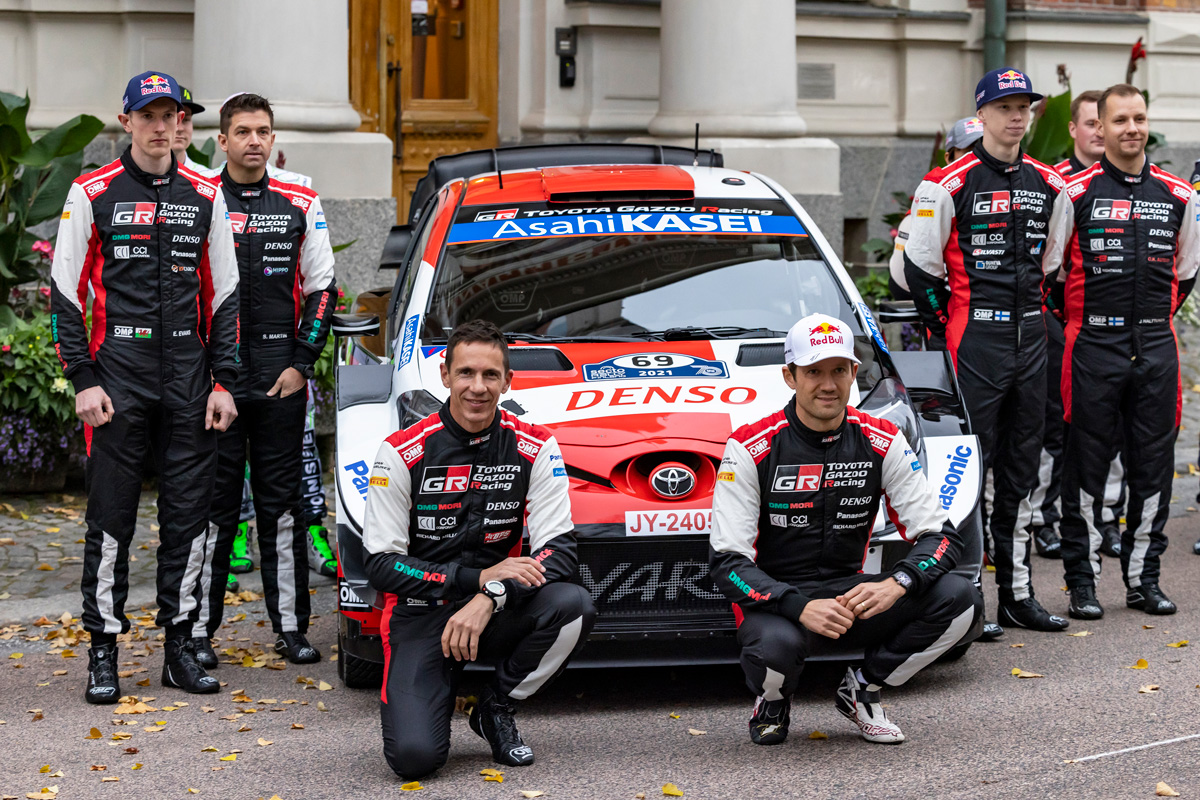 With the 2021 World Rally Championship approaching its penultimate round, it’s all on the line for Toyota Gazoo Racing team-mates Sebastien Ogier and Elfyn Evans.

Ogier is the favourite to clinch his eighth title, holding a 24-point advantage heading into next weekend’s Rally Catalunya – an event he’s won on three prior occasions.

Evans on the other hand needs to conjure a comeback, with Spain hardly having been a happy hunting ground throughout his career.

First, the challenge will be to take the championship to the Monza decider, meaning he cannot allow Ogier to extend his lead beyond 29 points.

No other driver remains in the hunt, following Thierry Neuville’s last-start retirement in Finland.

“It’s really exciting for us now that only a Toyota driver can win the drivers’ title, but naturally our main goal as a team in Spain will be to get enough points to secure the manufacturers’ championship,” said Toyota team principal Jari-Matti Latvala.

“I think we have a good chance, but we need to do our work well in preparation and during the rally to get the results we need.”

Ogier acknowledged he could become an eight-time champion if he nails his performance at the Rally Catalunya, which will run across October 14-17.

“We are still in a strong position for the championship. Spain will be the first realistic chance to claim the title and I know what I need to do to make it happen,” said the Frenchman.

“When I have the chance to win I try to fight for it, and this will be the most simple way to achieve our goal.”

Evans, who won the recent Rally Finland to narrow the margin to Ogier, added: “The drivers’ title is still a long shot for us but once more we’ll be giving our best in Spain and trying to get the best possible result there.”

An end-of-season Toyota one-two-three remains a very real possibility, with the team’s young gun Kalle Rovanpera sitting just one point behind Neuville in the scrap for third overall.

Neuville’s Hyundai team-mate Ott Tanak is also in the mix, one further point back from Rovanpera.