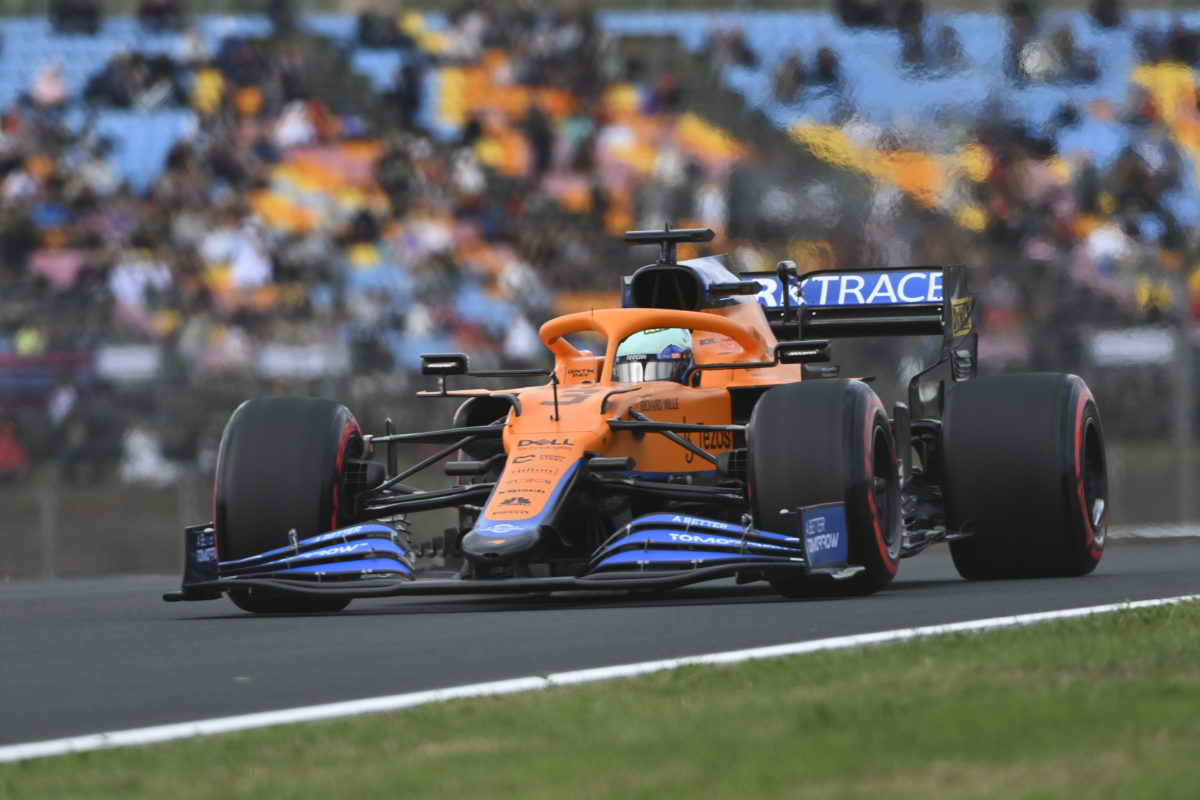 Daniel Ricciardo is unconcerned by his relative lack of pace on the opening day of running at the Formula 1 Turkish Grand Prix.

The McLaren driver ended the day just 14th fastest in Free Practice 2, more than 1.2s away from pace-setter Lewis Hamilton.

“Firstly, it was fun, in terms of the track and the level of grip,” Ricciardo explained.

“It was so different to last year and definitely more enjoyable. I’ll be very surprised if a driver says otherwise.

“It’s pretty high speed and sections of it are pretty relentless, which just makes it a good track to drive around.”

Grip levels in Istanbul Park have improved significantly on those seen a year ago, when F1 returned to the venue for the first time since 2011.

Work on the racing surface since, in addition to the natural maturing of the tarmac, has already seen times significantly faster this weekend.

Such has been the pace that it’s likely the 16-year-old lap record will tumble on Sunday.

Though not among their number, Ricciardo suggests he has more pace than was demonstrated.

“I think the time doesn’t really represent the feeling in the car today,” he said.

“I feel a lot better than where we are on the timesheets, so we’re not concerned about that.

“We’ve still a bit of work to do on setup, but nothing too crazy. We’ll push on tonight, do some productive work and come out swinging tomorrow.”

McLaren’s executive director of racing, Andrea Stella, is similarly nonplussed by the Australian’s position on the timesheets, satisfied with the programme it worked through on Friday.

“The circuit we’ve used today is very different to the one we had last year, with asphalt much closer to ‘normal’ in terms of grip,” explained Stella.

“Our main objective today was understanding tyre behaviour in preparation for qualifying and the race.

“We had two good sessions, didn’t face any major problems and have gathered a lot of data.

“We’re in a pretty good place in terms of being prepared for the race, but of course before that we have qualifying, and the forecast shows there’s some inclement weather around.

Norris too noted the track was markedly different to that on which he raced to eighth last year – and claimed the bonus point for fastest lap.

“It’s been a decent Friday, quite different conditions to what we had in Turkey last season. It feels like a different track altogether,” he said.

“I think we learned quite a bit today in preparation for tomorrow and the race.

“Friday was exactly what we needed, and we’ll try to do better again tomorrow.”