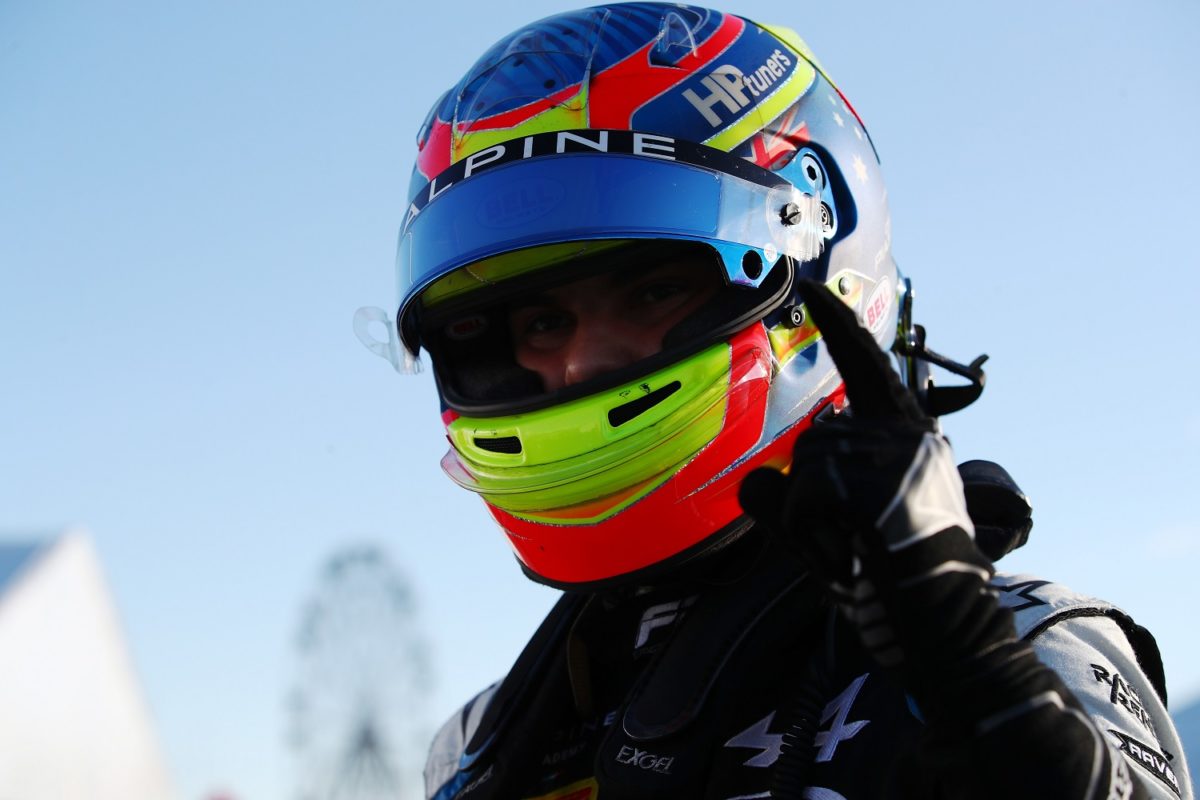 Oscar Piastri’s hopes of securing the last available seat on the 2022 Formula 1 grid look to have taken a further hit.

The Australian currently leads the FIA Formula 2 Championship in his rookie season by 36 points with two rounds of the competition remaining.

It’s a performance which has caught the eye of those in the F1 paddock, though there are few opportunities for the Alpine Academy member to make the step just yet.

Only the drive alongside Valtteri Bottas at Alfa Romeo Sauber remains, though team boss Frederic Vasseur has suggested the 20-year-old’s chances aren’t strong.

“Oscar is doing a very good job, that he was very performant and consistent over the last weekends but as far as I know, and I understand, that he’s linked with Renault – or Alpine,” Vasseur said.

“I didn’t discuss with Alpine about this, but if you invest in a driver for all the junior series and to have a long-term programme with him, I don’t see the point to let him go to another team in F1,” he added.

“That it would be strange.”

Vasseur went on to explain that he is concerned that signing a driver connected with another team would only serve to create issues down the track, especially at a time when F1 is set to introduce new regulations.

“When you are taking a young driver and with a new car and so you are starting a new journey for the F1 and for the team,” he said.

“I think it would make much more sense to have the possibility to extend the contract – not a multi-year contract but at least to be sure that you won’t lose the driver after year one.”

Despite his reservations about the complexities of signing Piastri, Vasseur admitted the Australian had shown he has the ability to race in F1.

“He won in a row the Formula Renault, the F3 on the first year and now the F2 – it’s not done, the F2, because there are still to two events to go, but for sure if you compare with the past that he is doing a very, very strong job,” the Frenchman said.

“It’s crystal clear for me that he’s probably one of the best in the field today.

“He did a great job also last year, was fighting with Theo [Pourchaire] until the last event and he is one of the young kids that will be successful in F1 for sure.”

Also competing in Formula 2 this season, and a race winner, Pourchaire is already on the books at Sauber.

The 18-year-old joined the Sauber Academy in 2020, and currently sits fifth in the points standings, 58 down on his Australian rival.

It is therefore possible that, despite his stellar junior category, Piastri could find himself a victim of timing with no drives available when he is ready to graduate.

“For sure each year that the situation is different with a different number of seats in F1 and different situation on the driver side,” Vasseur said.

“I think that Renault help him to do the steps between Formula Renault, Formula 3, Formula 2, they are supportive with him.”

He went on to suggest a year on the sidelines in a reserve driver role or another year in F2 would not be “the end of the world”.

Vasseur had previously stated that a decision on who will partner Bottas next season would be made in September, following the Russian Grand Prix.

“We are seriously not in a rush to take a decision,” he said.

“We have a couple of options on the table and we have to take time to decide, but we are not in a rush.

“The situation won’t change over the next couple of days and we will make a decision soon.”