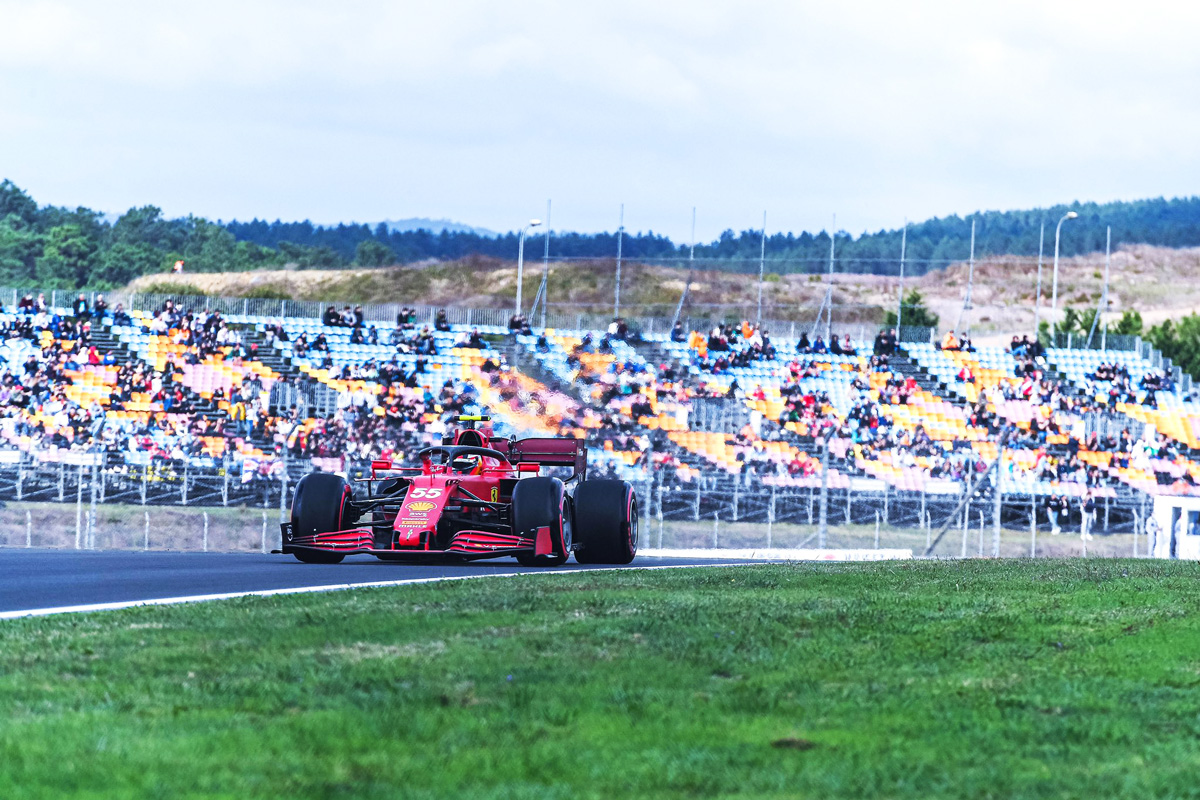 Seeing Ferrari team-mate Charles Leclerc duke it out for top billing in Friday practice for the Formula 1 Turkish Grand Prix brought an element of regret for Carlos Sainz.

Leclerc finished the opening session third-fastest yesterday and improved to second in Free Practice 2, with Lewis Hamilton topping the timesheets on both occasions.

While there have been promising signs for the #16 driver, Sainz has been left to focus on an entirely different programme given a power unit penalty means he’s set to start Sunday’s race from the back row of the grid.

Accordingly, race runs have been the priority for the Spaniard instead of single-lap speed, taking fifth and 12th in FP1 and FP2, respectively.

Sainz admits it’s hard to know he’ll be on the back foot come race day at Istanbul Park when the team’s SF21s clearly are competitive.

“I am excited; maybe a bit less, because now I see where Charles is in the low-fuel and you see that he could be fighting for a podium, then it makes me a bit regret the fact that I’m not going to be there on Saturday to fight for it and on Sunday to fight for it,” he said.

“It just makes me feel a bit more down, just because I wish I could be there up with him, fighting for higher places, looking at where the pace of the car is this weekend.

“[In FP2] I did only a couple of laps trying the car in lower fuel just to get a reference of the car in low-fuel, but pretty much 99 percent of the session was done in higher fuel and trying to see the degradation of the tyres, trying different set-ups to also try and help the team and myself to understand the problems that we have with the front tyres.”

As for Leclerc, it’s a case of keeping a lid on expectations heading into qualifying from 23:00 AEDT tonight.

“The car felt really good today, and I really enjoyed driving as I could play with the rear of the car and rotate it like that,” he said.

“This seems to have worked out well for now, as we were quite competitive.

“Although things are looking positive so far, it’s only Friday. We need to keep our heads down and work on fine tuning the car to have a good qualifying.”

Before qualifying, Free Practice 3 will take place from 20:00 AEDT.