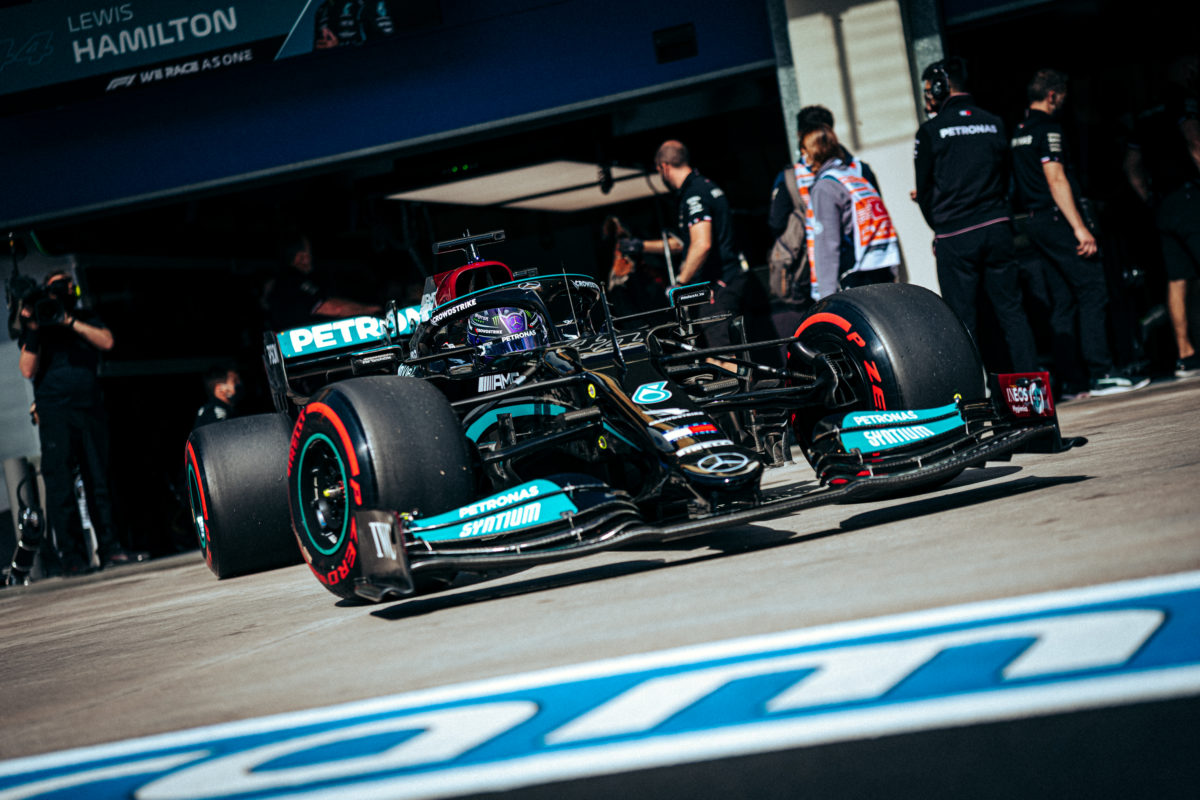 The Mercedes driver was just 0.1s clear of Leclerc, with Valtteri Bottas third ahead of the two Red Bulls after Friday’s second 60-minute outing.

The early pace was set by Leclerc with a 1:25.021s on a set of medium compound tyres.

The first yellow flag of the day was triggered when Nicholas Latifi spun at Turn 9, the back end getting away as he turned the Williams into the left-hander.

Sergio Perez then went fastest with a 1:24.985s moments before Hamilton and Bottas went second and third respectively – the two Mercedes drivers with an identical 1:24.986s.

Both Mercedes then improved, Hamilton banking a 1:24.201s and Bottas a 1:24.423s to again rise to second and third respectively.

Times continued to tumble, though Leclerc’s early effort stood the test until the 25-minute mark.

On a set of soft compound tyres, Hamilton recorded a 1:23.840s to go fastest despite having to negotiate traffic during the course of the lap.

Proceedings settled down after the session’s midway point as attentions turned to long run pace.

That saw Bottas head out on the medium tyres, the Hollywood times having all been set on the red-walled soft tyres.

Pierre Gasly was another of those who was struggling for balance, the Frenchman losing control at Turn 6 after touching the kerbs which pitched him around and ruined a set of soft compound tyres.

Nikita Mazepin also had a moment, his at Turn 9, sliding into the run off to also destroy a set of tyres in the process.

A second spin for Latifi, almost a carbon copy of his first at Turn 9, saw him pointing the wrong way before gathering up the Williams and rejoining at Turn 10.

Daniel Ricciardo was 14th best, struggling for balance in the McLaren as he sat 1.2s off the outright page and 0.5s away from Norris’ best.

That left him stranded on the grid as he prepared for a practice start.

His drama also impacted those queued behind him who had to abort their practice start and return to the pits.