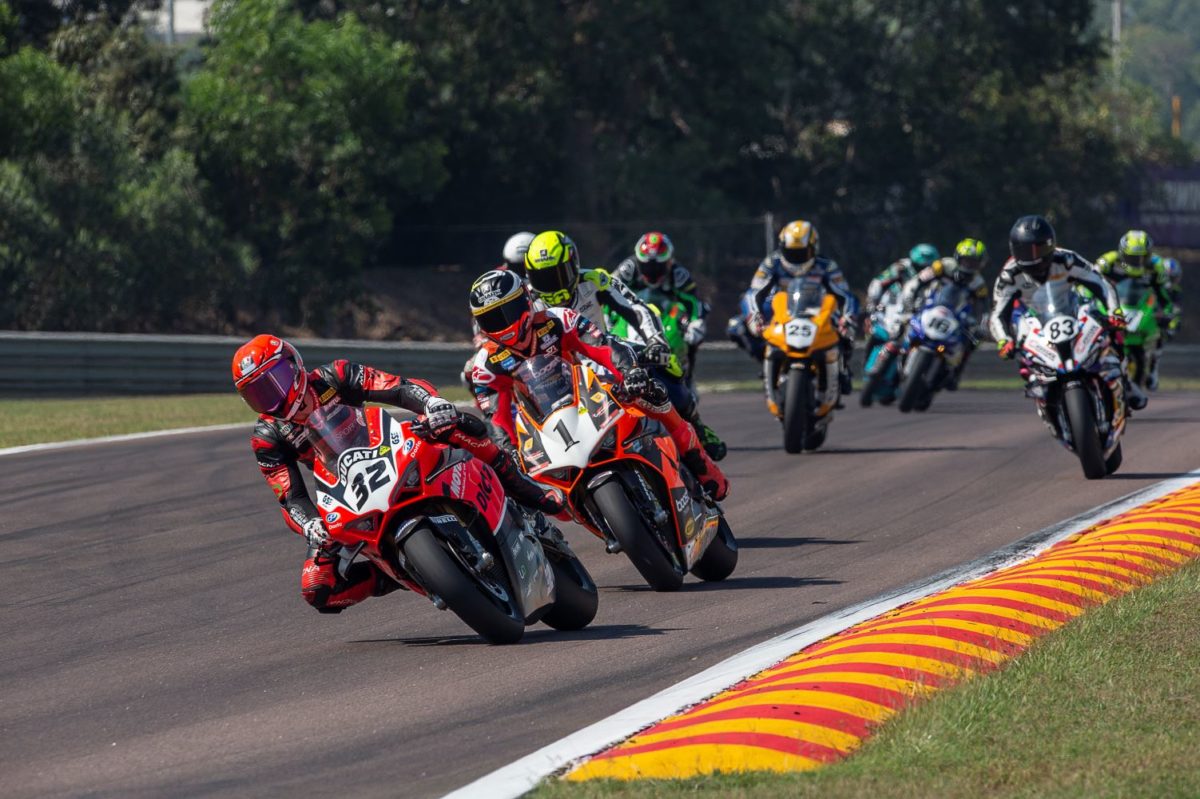 Troy Bayliss’ son Oli could race for Ducati when the Italian manufacturer returns to the Supersport World Championship next year.

The Bologna factory fielded Bayliss senior for his three Superbike World Championships and has a seat to fill alongside current Moto2 pilot Nicolo Bulega in WorldSSP next year.

Ducati Corse’s sporting director Paolo Ciabatti hopes the rider in that seat is the teenager who scored his first Australian Superbike race win at Hidden Valley in June.

“We’ve seen some riders coming from Moto2, such as [Andrea] Locatelli and [Steven] Odendaal, perform well and win races in Supersport,” Ciabatti told the After Sunday show hosted by French reporter Eric Celis.

“Nicolo needs a change of scenery and having the opportunity to spearhead Ducati’s effort will give him extra motivation.

“At this stage it’s not official, but we’ll also try to get Troy Bayliss’ son in the championship; we’re discussing it with Troy.

“Oli Bayliss turned 18 a week ago and has won a race with the V4 R in Australia.

“Getting him in the world championship, 20 years after his father won his first title with us, could be a very nice story; that’d be interesting for the Ducatisti.”

Ducati will next year compete in WorldSSP for the first time since 2007 following changes to technical regulations for the class below the Superbike World Championship.

His son is fourth in the Australian Superbike Championship, which is currently set to resume with a double round at The Bend on November 11-14.