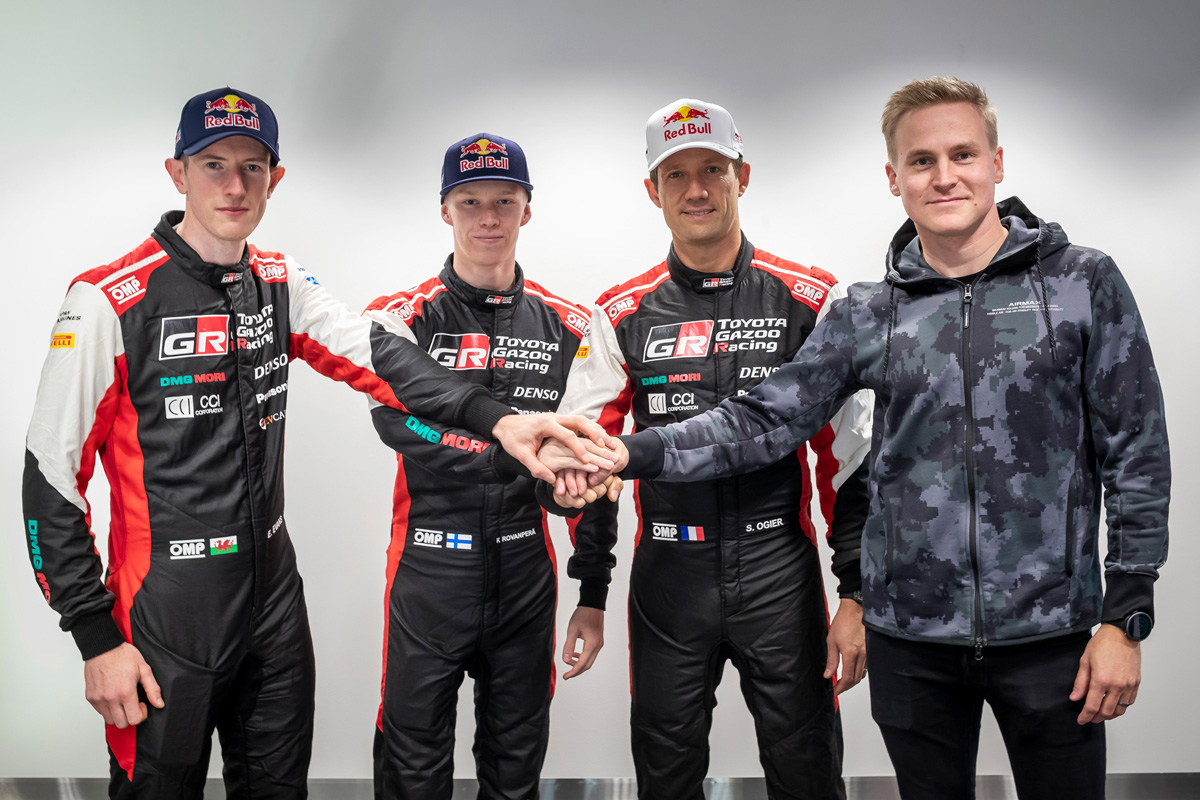 Toyota Gazoo Racing has recruited Esapekka Lappi to share one of its 2022 GR Yaris WRC Rally1 cars with Sebastien Ogier.

With the French legend stepping back to a partial World Rally Championship campaign next season, an opportunity was available – and 30-year-old Lappi has been confirmed as the driver entrusted.

The announcement came in conjunction with Toyota confirming Elfyn Evans and Kalle Rovanpera will continue in a full-time capacity next year.

Among Lappi’s credentials are the 2016 WRC2 title and victory at the top level for Toyota in the 2017 Rally Finland.

“I am very, very happy to be returning to the Toyota Gazoo Racing team,” he said, having steered a privateer Yaris entry to fourth place in the Rally Finland last weekend.

“It feels like I’m coming home. I have some great memories from the past and it was really nice to work with people from the team again at Rally Finland.

“As soon as I got back into the Yaris WRC, it felt again like this was my car.

“Of course, for next year we will have a new car and although I have not driven it yet, it seems like it will be very different with the new regulations. But it will be interesting to be a part of it and I’m very excited about the future.”

Meanwhile, Ogier is on track for his eighth WRC crown, holding a 24-point lead over Evans with just two events remaining before reducing his rally commitments in 2022.

“I’m looking forward to having more time with my family after this year, but at the same time I’m very happy to remain with Toyota Gazoo Racing and having the chance to compete in some rallies next year,” said the 37-year-old, who will co-drive with Benjamin Veillas after the end-of-year retirement of Julien Ingrassia.

“I’m very thankful to the team for giving me this opportunity to keep doing on a partial basis what I love to do.

“The schedule of events is not clear yet, but I will do my best to help the team in the manufacturers’ championship and to develop the car.

“I’m excited to see what this new generation of cars bring to the sport and I know the team is putting a lot of effort into it.”

More specifically on Lappi’s recruitment, Latvala added: “I’m delighted to bring Esapekka back into the team.

“He proved with us before that he can win, and since then I think he has been growing a lot. His motivation is very high, and he showed his speed on his return last weekend.

“I believe he is the perfect driver to share the seat with Seb, to help us in the championship but also be there to fight for victories himself.”