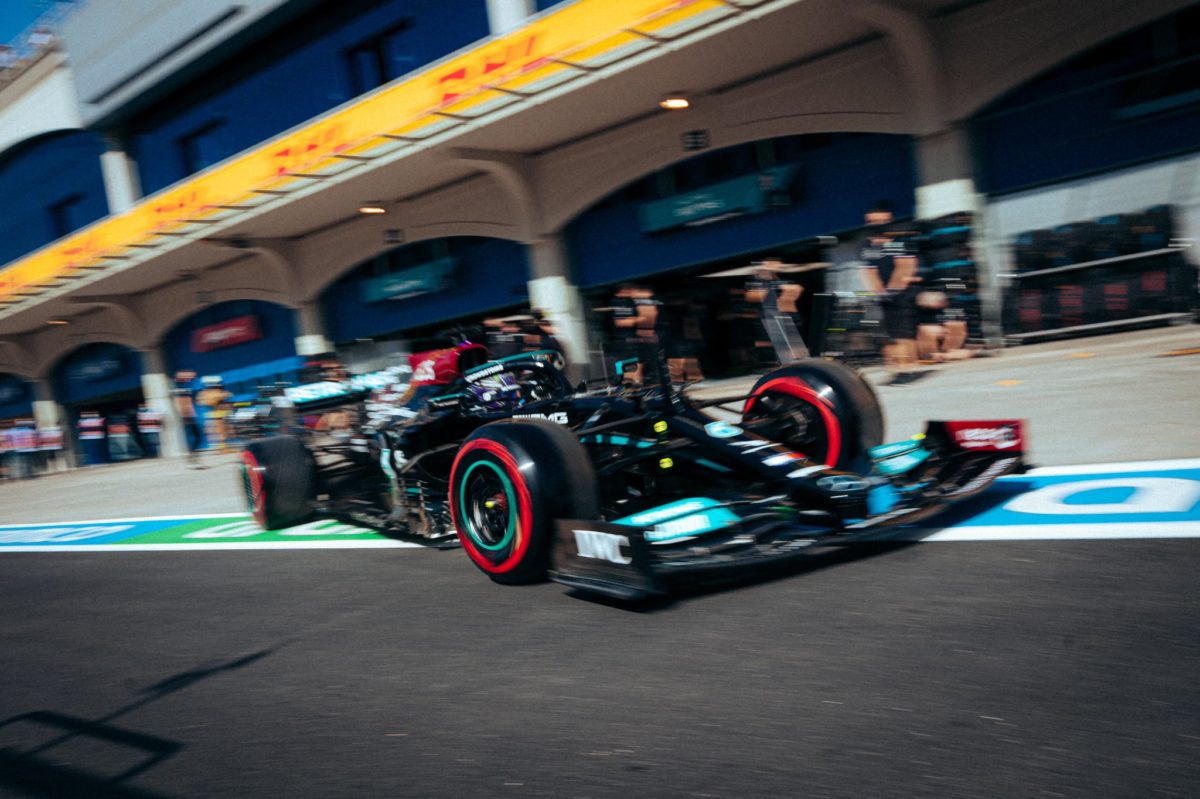 The 60-minute hit out unfolded without interruption, Hamilton a comfortable 0.4s clear of the pack as the chequered flag fell.

Max Verstappen was second best, narrowly faster than Charles Leclerc at the head of a tight group that ran down the seventh-best Esteban Ocon.

For the most part, teams headed out as soon as the session began in an effort to gain data on the Istanbul Park circuit.

Williams and Red Bull were the exceptions as a mixture of hard, medium, and soft rubber was in use, Ocon setting the early pace on the white-walled rubber with a 1:29.171s.

That quickly became a 1:27.439s for Hamilton, a time faster than any lap set in the same session a year ago.

Early reports from the drivers was that track grip was high, a significant change on conditions experienced in 2020.

The marker then became a 1:26.991s when Verstappen, also on a set of soft tyres, completed his first flying lap.

Lando Norris and then Hamilton soon improved, the benchmark edging down to 1:26.043 for the championship leader, 0.4s clear of the McLaren.

After 25 minutes Mercedes remained in control, Hamilton having recorded a 1:24.511s.

Ocon was second best, 0.3s away with Valtteri Bottas third, 0.8s down on his team-mate with Fernando Alonso fourth in the second Alpine.

Halfway through the 60-minute outing the pace dropped to 1:24.250s, Hamilton pushing his advantage out to more than half a second.

Soon after, Verstappen improved from fifth best to third, his 1:25.055s still almost a second adrift of Hamilton’s best.

At AlphaTauri, Yuki Tsunoda spent a long spell out of his car as mechanics worked on the AT02.

On track, times continued to tumble, Hamilton edging further and further ahead with Bottas shadowing his team leader.

With 25 minutes to run the best lap was 1 :24.178s, 0.8s clear of Verstappen who’d by then slipped back to fifth fastest as he battled with a lack of front grip.

The Red Bull driver soon improved, logging a 1:24.603s to move up to second fastest, 0.4s away from Hamilton’s best.

Track limits were a factor throughout the session, most notably at Turn 6 and Turn 14 where the white line, and not the kerb, delineates the edge of the racing surface.

A host of drivers had lap times deleted as a result, including Leclerc, Alonso, Carlos Sainz, and Kimi Raikkonen among others.

Turn 8, meanwhile, was not posing much of a problem, with a number able to attack the quad-apex left-hander at full throttle.

Ferrari showed promising pace in the latter part of the session, Leclerc rising to third on his second flying lap with a time almost identical to that of Verstappen’s.

From there, times failed to improve as the field banked laps in the final 15 minutes of the session.

It left Hamilton on top ahead of Verstappen, Leclerc, Bottas, Sainz, and Ocon, the quintet split by 0.3s.