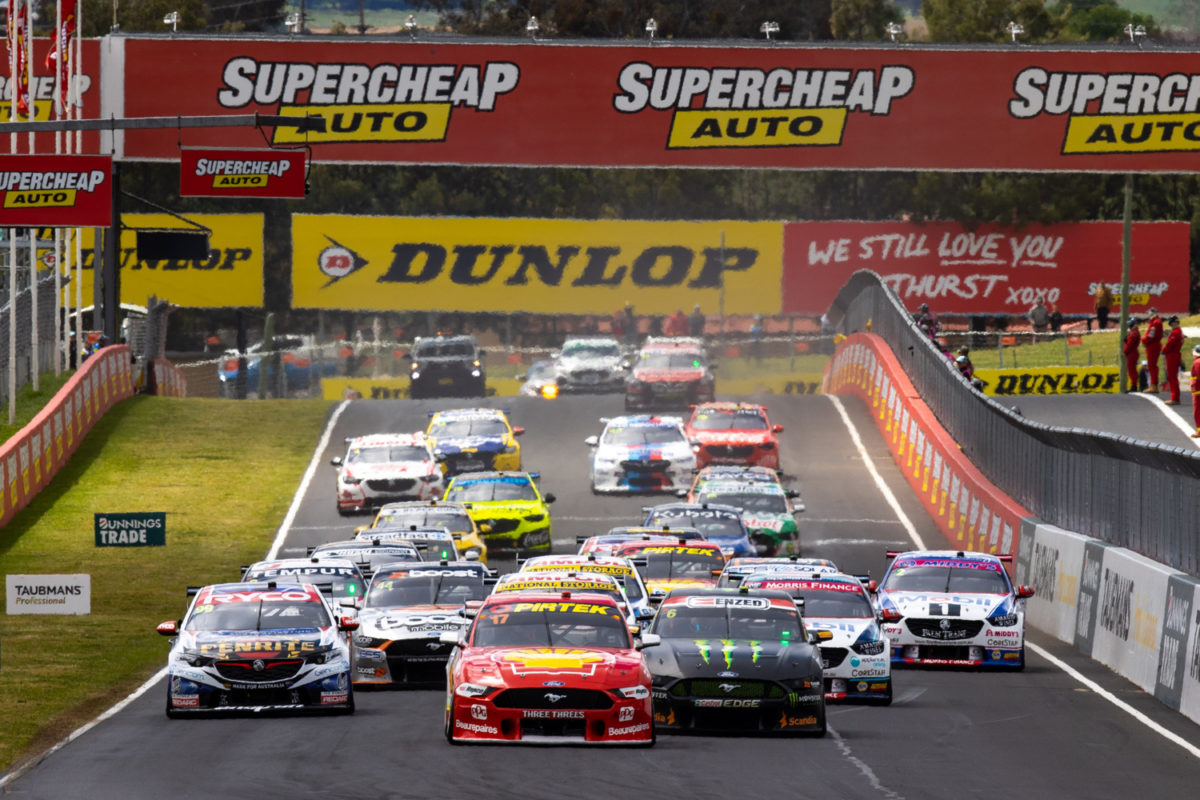 Race start at the Repco Bathurst 1000 will take place later than before, Supercars CEO Sean Seamer has effectively confirmed.

While no specifics have yet been disclosed, Seamer said in a live fan Q&A on the championship’s Facebook page that Seven will be moving its news bulletin to accommodate the Great Race.

Seven News’ evening bulletins typically start at 18:00 in each market, while the race record time is the 6:01:44.8637s in which Triple Eight Race Engineering’s Craig Lowndes/Steven Richards won in 2018.

Accounting for that and around five minutes for the sighting lap, which commences at the advertised start time, that means this year’s official start time would be no earlier than 11:55 local time at Mount Panorama to force such a programming change.

As such, that and the reference to some sort of conclusion at “seven o’clock on Sunday night” hints strongly at a 12:00 start, as reported by Speedcafe.com.

Otherwise, the schedule is said to be much the same as usual as far as Supercars is confirmed, despite the event broadly now spanning six days.

Television will also be fairly similar to what has come to be expected, with extensive coverage on Fox Sports, and Seven’s telecasts kicking in a little later in the event.

“The Supercars schedule over that weekend hasn’t changed significantly, other than finishing the race a little bit later on the Sunday so that we can run into primetime,” said Seamer.

“So, a big thank you to Channel Seven for agreeing to move the news to incorporate that, but that all of the other categories in the lead up to the weekend will be getting a lot of their practice and qualifying out of the way so by the time you get into things on Thursday, it’s going to be action-packed all the way through to seven o’clock on Sunday night.”

The Bathurst 1000 is typically the only race on the calendar without a time-certain finish, and Seamer insisted time-certainty will be no issue this time around.

He alluded to the fact that sunset is later in December than the traditional October date, while it should also be noted that the start time was moved forward last year due to the threat of inclement weather.

“We’ve worked through all of that,” remarked Seamer.

“All we’ve done is shift the schedule back, so it’s no different to what it would have been anyway.

“And, like I say, Channel Seven have done a really good job to move the news.

An added weather-related benefit of shifting the start time is that the average forecast temperature will be lower, according to Seamer.

While Supercars often races on the first weekend of December, most recently in Newcastle and previously at a sometimes very humid Sydney Olympic Park, heat had also become a key pre-race talking point.

“It’s something that we we’ve discussed as we went through,” noted the Supercars boss.

“Actually, the later start time of the race that we’ll have on the Sunday puts the drivers… If you look at the average temperature over a six-hour period, it’s actually better for them to start a little bit later and finish a little bit later.

“There’s a lot of work going on behind the scenes – different teams been testing different coolsuit systems over the course of this year – and the feedback that I’ve had from all the teams is that they’re certainly comfortable with it.

“It’s something that we also discussed with Jamie Whincup, who’s on the Commission, so, no, I think the latest start helps, and I think we’re ready to get going.”

The Bathurst 1000 event begins on November 30, with race day on December 5.