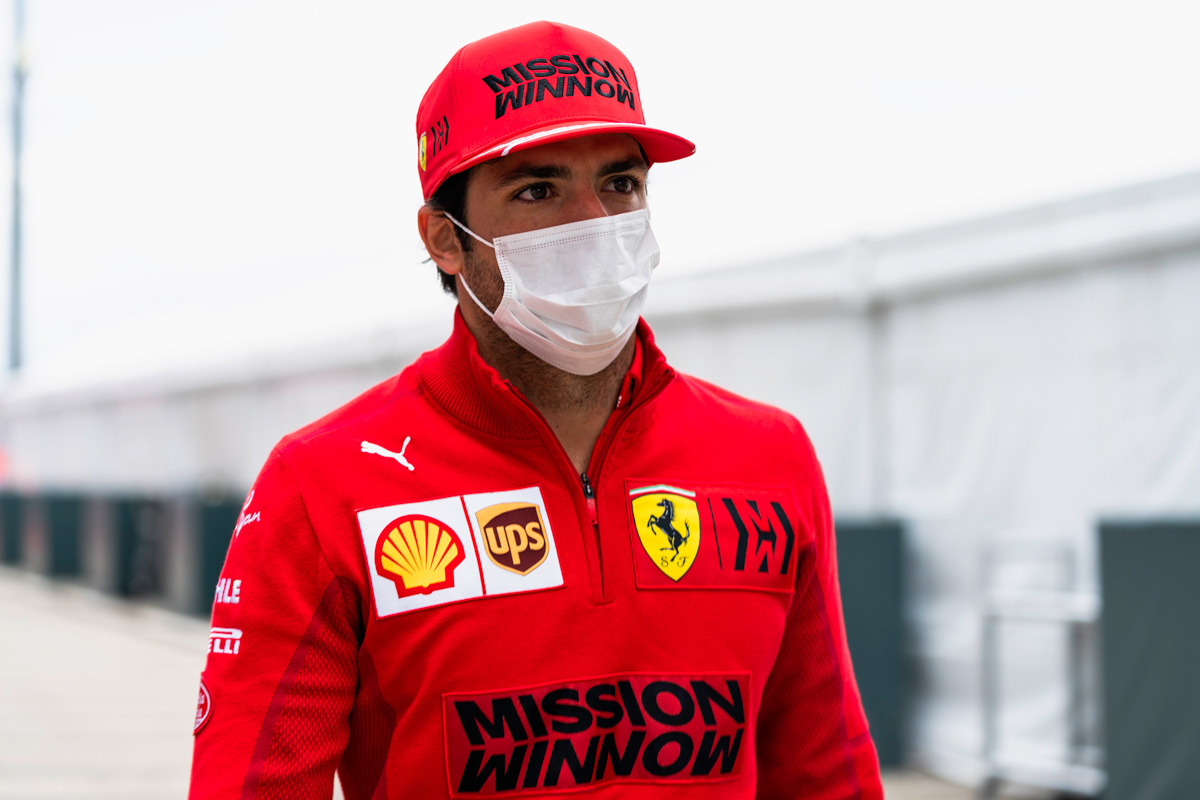 Carlos Sainz will run an upgraded Ferrari power unit at the expense of a likely back-row start at Istanbul this weekend.

That will, however, trigger a penalty that will leave him with work to do on race day at the Formula 1 Turkish Grand Prix.

“As was the case for Charles Leclerc in Russia, in Turkey Carlos Sainz will take a completely new power unit fitted with the new hybrid system,” Ferrari confirmed via a team statement.

“Therefore he will start from the back of the grid with the aim of climbing up the order to try and score some points.”

Sainz took his third podium of the season at Russia, helping him to leapfrog Leclerc for sixth in the drivers’ championship.

“Mattia Binotto will not attend the Turkish Grand Prix, but as was the case several times last year, the team principal will be based in the Maranello factory to focus on development of next year’s car,” the statement continued.

“He will of course follow all sessions and the race from the remote garage, with a permanent link to the team at Istanbul Park.”