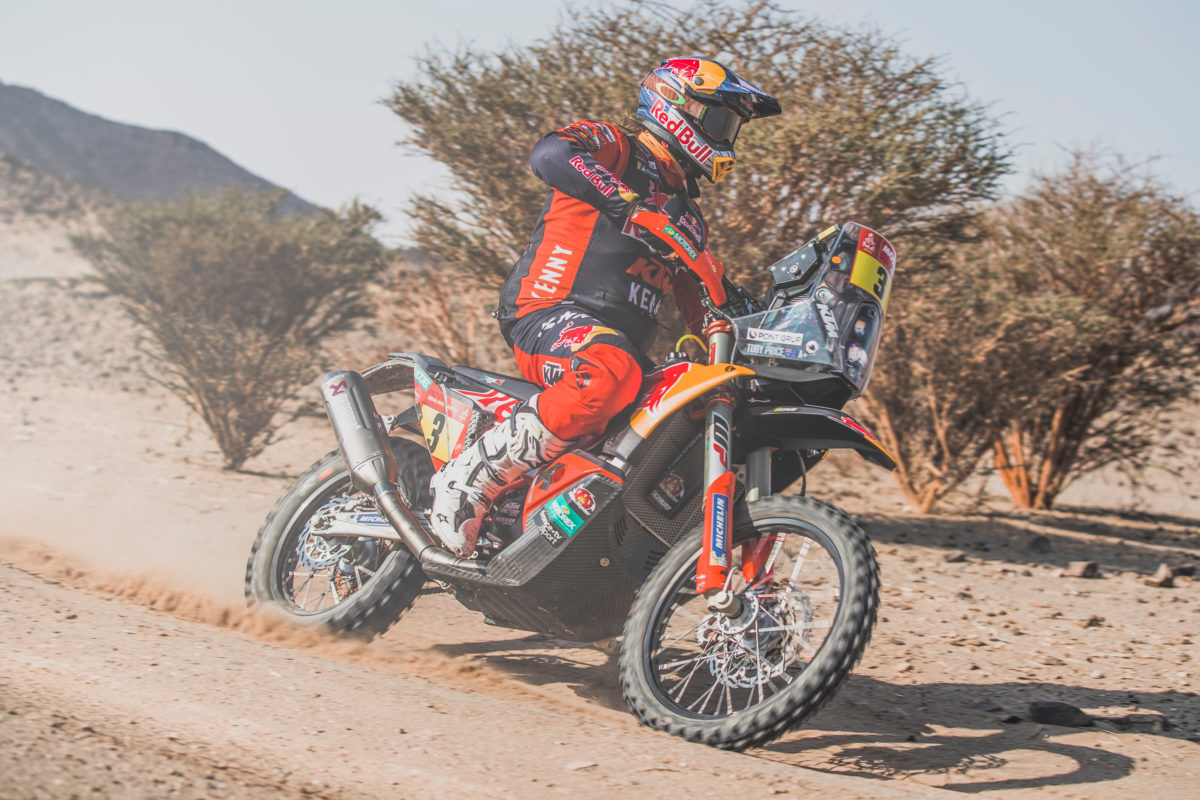 Toby Price will make his return to two-wheel competition this week as part of a full-strength Red Bull KTM Factory Racing line-up for the Rallye du Maroc.

Price has not competed on a motorcycle since crashing out of January’s Dakar Rally and breaking a collarbone, although he did drive a trophy truck to victory in the Finke Desert Race in the intervening period.

The Australian won the FIM Cross-Country Rallies World Championship in 2018, but another such title is out of reach this time around given he has missed half the season.

However, the Morocco outing is valuable preparation for next year’s Dakar, including getting mileage on the 2022-spec KTM 450 Rally.

“For sure I’m excited for the event here in Morocco – it’s been a long time since I’ve raced a rally since I was forced to miss the first two rounds of the season,” said Price, who recently inked a new, two-year contract with KTM.

“The plan for the Rallye du Maroc is take things step-by-step and continue to build my speed while giving the new bike [2022-spec KTM 450 Rally] a proper shakedown.

“The main focus for me is to be back on form for the big one in January, but for now I’m just happy to be racing again and can’t wait to get back in the swing of things.”

KTM team-mate Matthias Walkner leads the championship by a healthy 20 points, with the Austrian and Price joined in the squad for the Morocco event by Sam Sunderland and the most recent Dakar winner, Kevin Benavides.

The latter is making his first start for KTM, after a period out through injury.

“For me, this is going to the first race with the KTM team, so of course I’m really excited, but also extra motivated to do well – I feel like a new rider and I’m really looking forward to getting started,” said Benavides.

“At the beginning of the year, after signing with the team, the world championship was my main goal, but unfortunately after injury that was impossible.

“Now, looking ahead to this race and Abu Dhabi in November, these last two races of the year will be more about training and getting to grips with the new KTM.

“On the positive side, I don’t feel any pressure now; of course I want to do well and plan to focus on my navigation and rhythm, but it means I have time to properly settle into the team, get to know everyone, and enjoy these two events ahead of Dakar in January.”

Benavides defected from Honda, which has also entered its big guns for Morocco.

Australian Daniel Sanders, who rides for GasGas Factory Racing, is currently fourth in the championship.

Action kicks off tomorrow with a 10km prologue, before five stages adding up to 2600km, including 1600km of timed special running. 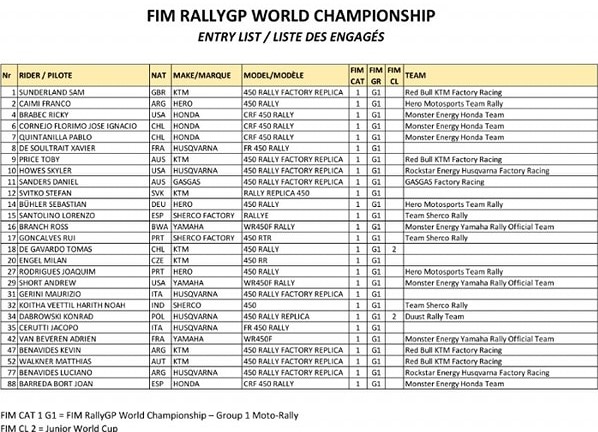