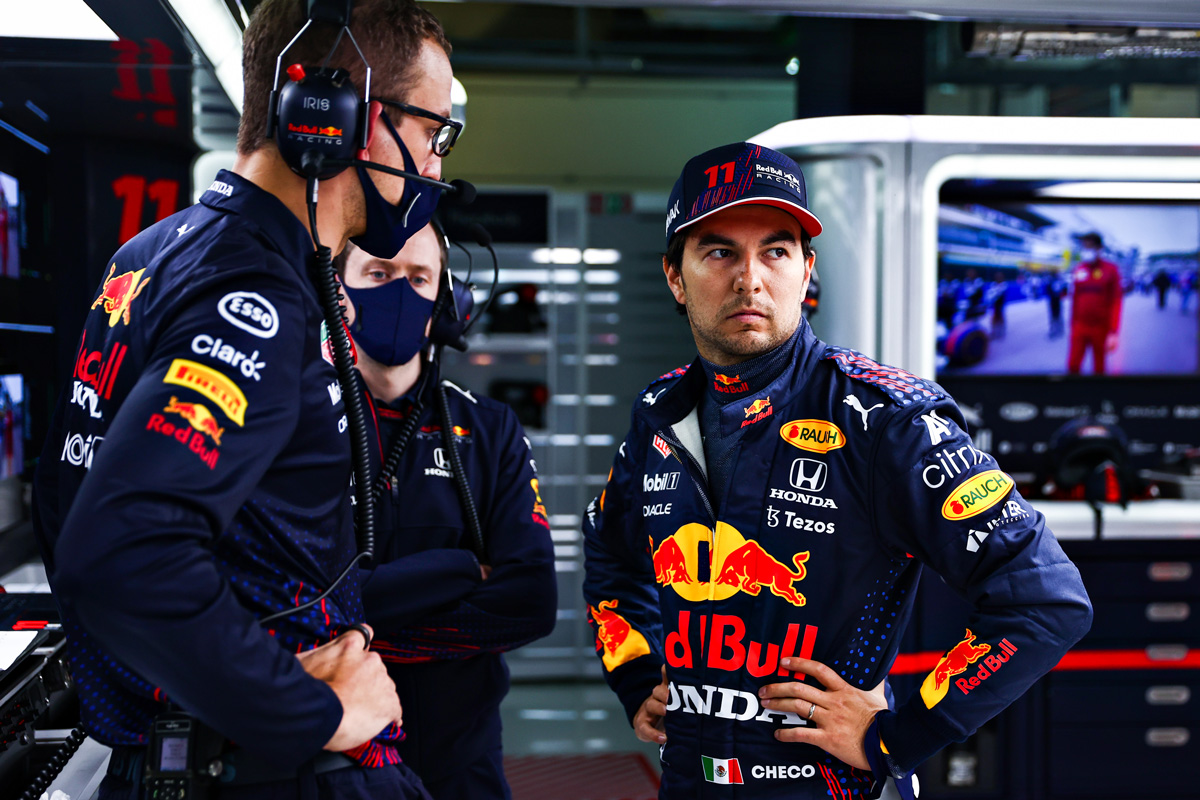 Sergio Perez has been working overtime in a bid to get his first Formula 1 season with Red Bull back on track.

Having started strongly with top five finishes in seven of the first eight races of the year, including winning the Azerbaijan Grand Prix, Perez has slumped hard of late.

The Mexican has collected just 16 world championship points from the past six grands prix – a period during which 11 drivers have bettered that tally.

He was, admittedly, unlucky to have a potential podium go begging at Sochi last month when a late downpour turned the race on its head.

Nonetheless, Perez dug deep in searching for answers at Red Bull’s headquarters at Milton Keynes ahead of this weekend’s Turkish Grand Prix.

“We did a lot of work after Russia to analyse what went wrong and what went right and where we can look to improve,” he said.

“I have spent some more time on the sim ahead of Turkey too, so we have done some pretty intense homework for this weekend.

“I am looking forward to the last seven races now and I am sure our luck will turn, we are performing well on track but now we must show that with our results on a Sunday, I want to be back on the podium this weekend.”

Perez was one of the stars of F1’s 2020 visit to Istanbul Park, claiming second place for Racing Point (now Aston Martin), and is looking forward to a repeat of that sort of effort.

“I am very confident in this car, I think lately we have been showing good signs of pace, but I am conscious we must put it together to get the car where it deserves on the grid and then back into scoring those big points, to get us where we want to be in the championship, come the end of the season,” he added.

The 31-year-old is fifth in the drivers’ standings with less than half of his championship-contending team-mate Max Verstappen’s points haul.