McLaughlin applauds Grove for taking a punt on Payne

McLaughlin applauds Grove for taking a punt on Payne 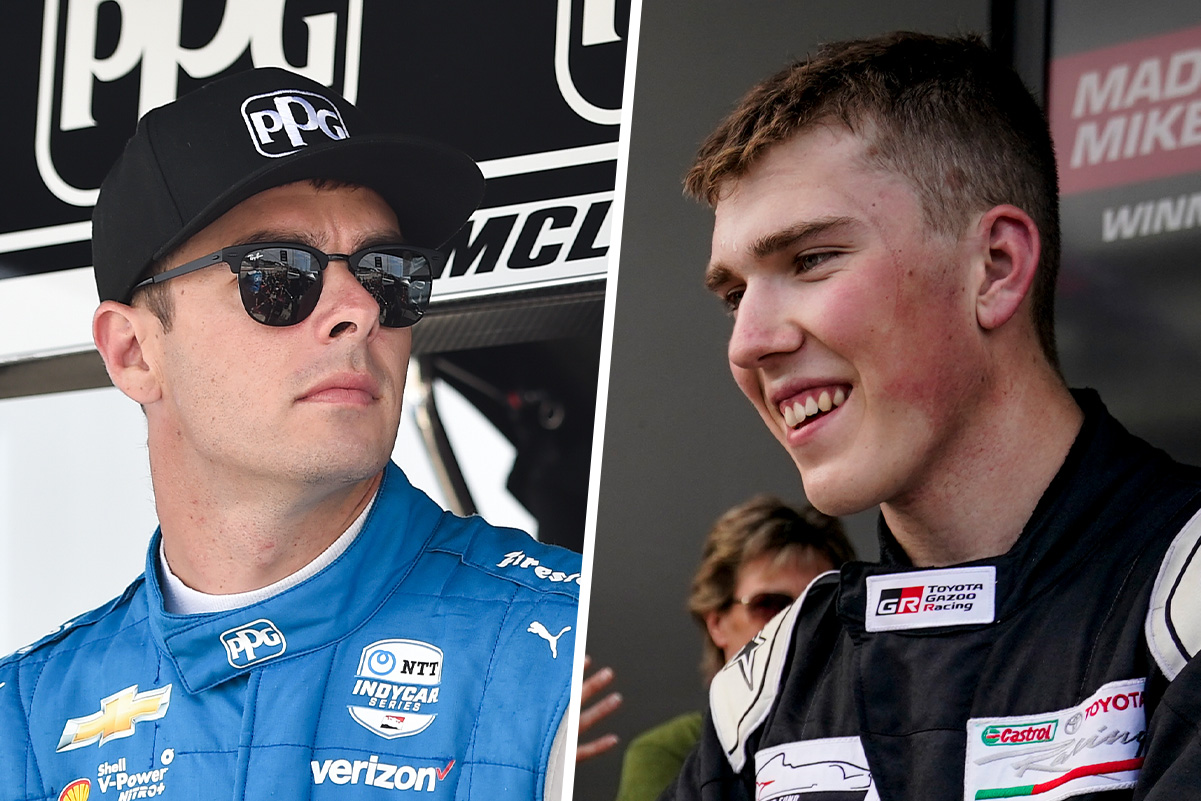 Scott McLaughlin (left) has put his weight behind Matthew Payne

Scott McLaughlin has commended the Grove family for getting behind Matthew Payne, who could soon find himself competing full-time in the Repco Supercars Championship.

Last month, it was revealed Kelly Grove Racing and Andre Heimgartner would part company at the end of 2021.

Shortly thereafter, the team announced the formation of the Grove Junior Team, with Payne the development programme’s first signing.

It’s expected Payne will replace Heimgartner at the Supercars squad in 2022, pending the 19-year-old receiving a Motorsport Australia Superlicence dispensation.

Payne joins a list of drivers who have been backed by the Grove Group from a young age, a collective which includes McLaughlin and Anton De Pasquale.

Asked whether Payne was the next McLaughlin, the 2019 Bathurst 1000 winner replied with a chuckle, “Look, he’s a Kiwi, so he started off really good.

“He’s a really good racer. I’ve seen him race go-karts a number of times. He’s now in the Porsche [Carrera Cup Australia] series and I think he raced Shane [van Gisbergen] in TRS this year. He’s been fast there.

“He’s obviously showing that really he can switch around all different vehicles and be fast in all of them. I guess the last one he wants to be fast in is a Supercar, and from all reports sounds like it’s fantastic.

“But one thing that’s awesome about the Grove family and the way that they’ve been able to come into the series and be a part of it all is the fact that they’re so passionate.

“They’re so passionate for not only the sport of Supercars, but motorsport itself and I guess they’re showing that passion by helping young people come through.

“They came on the same with me and supported me when no one really knew who I was and they’ve been with me ever since, to this day I’m still supported by the Groves and it’s a really healthy thing to see them in Supercars.

“I think it’s a great thing for the sport and for aspiring race drivers Down Under.”

Payne has had a meteoric rise, winning the Castrol Toyota Racing Series title earlier this year in what was his first campaign in cars.

The Kiwi sits sixth in the standings with one win and a further two podiums to his name.

McLaughlin said he’s keen to help the next generation of drivers where he can, something which could be facilitated through the Grove Junior Team.

“I’d love to, I mean, I haven’t really spoken to Brenton or Steve [Grove] about it just yet, but absolutely, I really enjoy speaking to young talent and trying to help them with bits and pieces of advice that I didn’t have,” he explained.

“Some stuff I had help from a lot of people come up through the ranks and was very lucky for the people I drove for. Any advice I can give, it’d be a pleasure. I’d love to try to help in some way.”

Having tested a Nissan Altima and Ford Mustang in back-to-back days at Winton Motor Raceway last week, Payne is due to contest the final two rounds of the 2021 Dunlop Super2 Series.