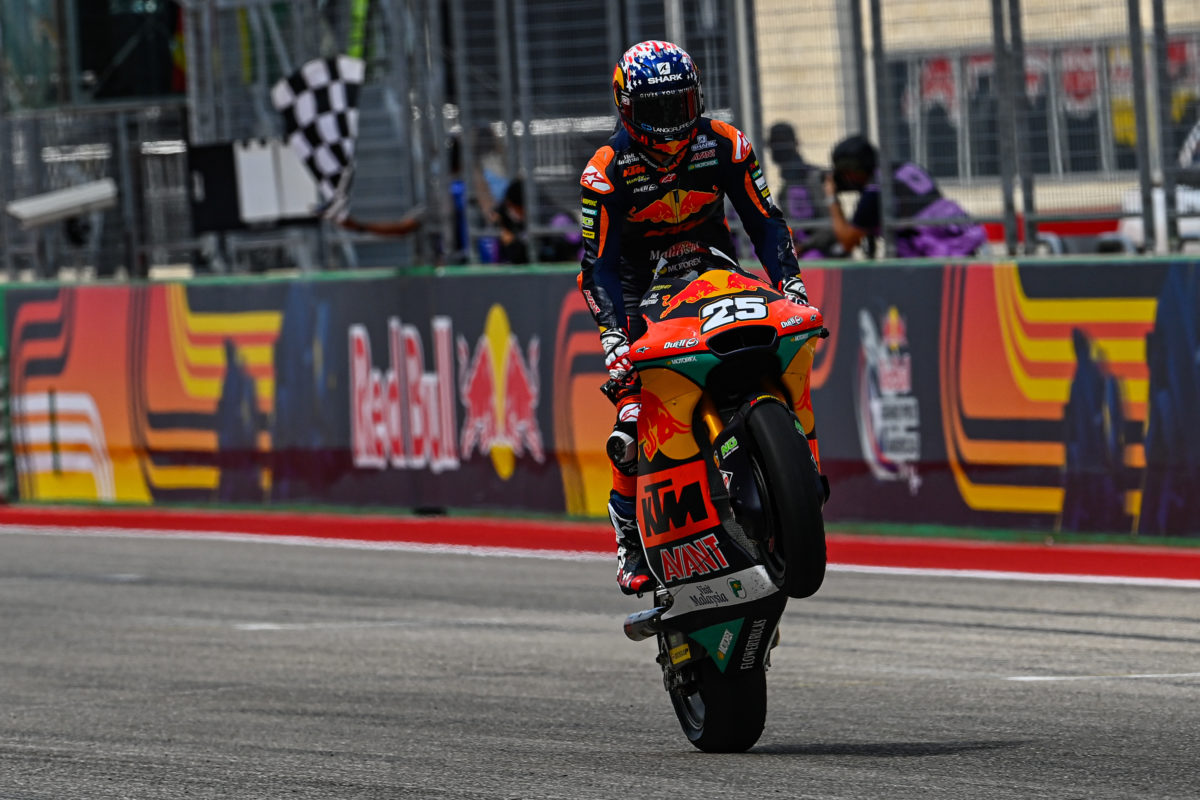 The 20-year-old’s victory at the Grand Prix of the Americas was his seventh of the season, equalling Marquez’s haul in the intermediate class in 2011.

It makes for nine grand prix victories in total for Fernandez, two of those coming on his way to fourth in the championship in Moto3 last year.

However, he has three races left to better a benchmark set a decade ago by the man who would go on to become at least a six-time MotoGP champion.

“It’s amazing because at the beginning of the season, the dream is to try to win one race,” said Fernandez.

“I remember when we started the season, it was a little bit difficult – the first test.

“He’s won eight world championships [including one each in Moto2 and the 125cc class] and I cannot describe with words.

“But, I will try to win more races because when you go on the first one, you want the second one, and later the third one… and it’s like this.

“I think that we need to continue this way, we need to do more like this, and enjoy all the practice, and try to win more.

“If I cannot win more, it was an incredible year, but the focus is trying to enjoy and win more races.” 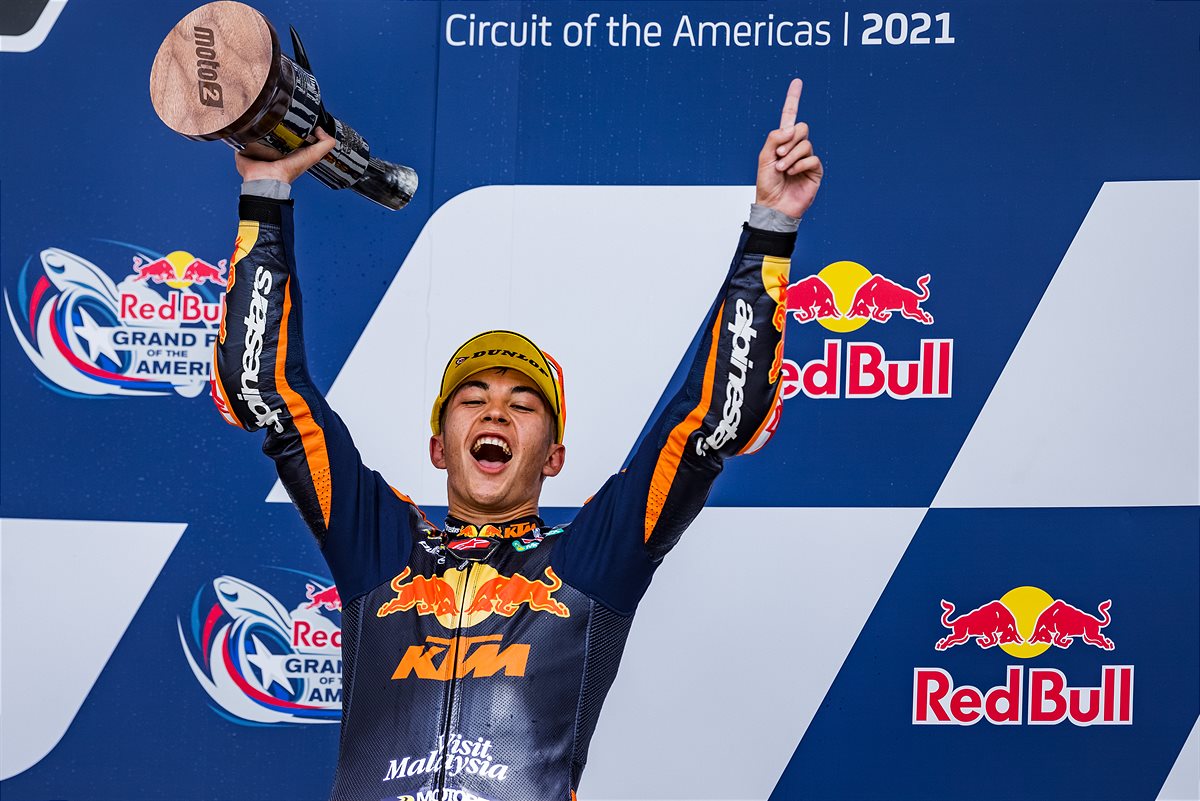 Fernandez on the podium at the Circuit of The Americas

The win at the Circuit of The Americas was also Fernandez’s third in a row.

More significantly, he slashed his deficit to the championship lead from 34 points to nine given team-mate Remy Gardner crashed out of second position.

The Madrid-born rider, however, is not getting too far ahead of himself, and instead thanked his team and family for their support after a crash-induced DNF of his own at the British Grand Prix, the last event at which he did not win.

“I catch a little bit more to Remy but at the end I don’t think too much because you can see the championship is too long now,” stated Fernandez.

“We will do three races more, it’s 75 points more on the championship to get, but we will try to win more races, and focus on myself.

“But I will say thanks again to my team, also to my family because in Silverstone it was a really difficult weekend and they supported me so much and this was the mistake [which helped me] to improve more in the races.”

Fernandez and Gardner will both move up to MotoGP next year with Tech3 KTM Factory Racing, and each tested an RC16 recently at Misano.

They are back at that circuit on October 22-24 for the next event of the 2021 campaign, the Emilia Romagna Grand Prix.